Constitutional Court of Ukraine will deal with the state language policy 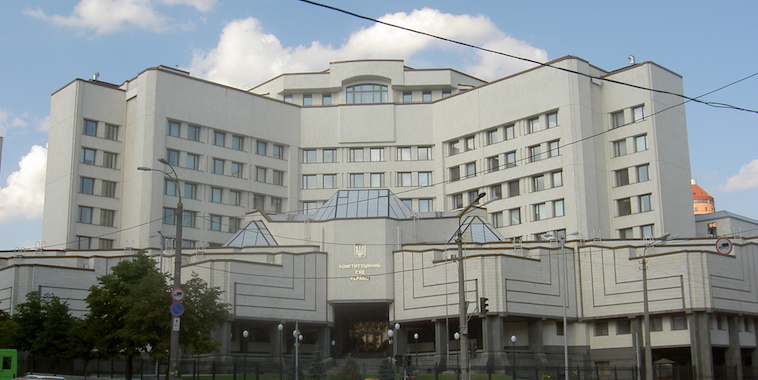 Next Thursday, 17 November 2016, the Constitutional Court of Ukraine, the only one authority of constitutional jurisdiction in that country, will carry out a procedure of formal oral hearing to former deputies of the All-Ukrainian Union Svoboda, on non-constitutionality of On the Basics of the State Language Policy law, known also as Kivalov-Kolesnichenko Language Law (from the surnames of the resolution’s authors). The request for beginning the procedure of checking constitutionality of the law was submitted already in 2014 by the deputies of the political part Svoboda, Oleh Bodnarchuk and Ruslan Koshulinsky.

On the Basics of the State Language Policy resolution was passed on 3 July 2012 and then signed by the contemporaneous president of Ukraine, Viktor Yanukovych. After the Ukrainian revolution of the 2013/2014 (known also as Euromaidan), on 23 February 2014, the Verkhovna Rada of Ukraine by majority of votes passed documents which cancelled the resolutions of the law by Kolesnichenko-Kivalov. However, in the end, Oleksandr Turchynov did not sign them, explaining that first a new draft resolution has to be presented which would regulate the language policy of the country, to which Ukraine is committed by international agreements, among others The European Charter for Regional or Minority Languages (a document signed by the Council of Europe).

Apart from that, Ukraine, which dreams about an entire integration with the European Union, has to meet – together with economical – also political and social conditions in order to become its member: stable democracy, supremacy of law, respecting human rights and minorities rights (overall, seven criteria called Copenhagen criteria). Only then, each of the European Union countries may vote for admitting a new member. Ukraine would have a long way to adopt the European standards.

The law, to which the Constitutional Court of Ukraine refers, protects the status of Ukrainian language as the only state language and codifies the list, as well as guarantees freedom of usage of regional languages. Among them, also Rusyn language is included, however, in reality, it is neither protected, nor supported by the authorities in Kyiv, nor the local ones, which is visible on the example of petitions that are sent to Ukrainian authorities on recognition of Rusyns and supporting development of Rusyn language and culture (for example, appeal in the online petition system to the president of Ukraine Petro Poroshenko in 2015, or petition of the Carpatho-Rusyn Consortium of the North America from 2014 and – only recently closed , i.e. 12 November 2016 – action of collecting signatures within a worldwide campaign that appealed to the Ukrainian authorities about supporting schools of Rusyn language and culture).

Meeting of the Constitutional Court of Ukraine and hearing to petitioners, the initiators of the procedure of checking the constitutionality of the resolution will take place next Thursday, 17 November 2016 at 10 AM in the court building, Kyiv.

Photo above: the Constitutional Court of Ukraine, source: Wikimedia.org/Dezidor/CC BY-SA 3.0