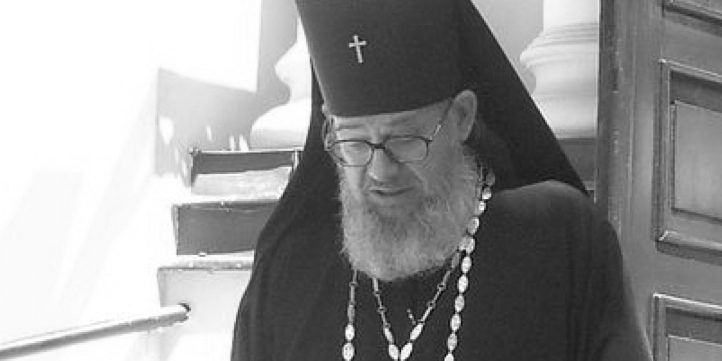 At night on 17 April 2017 the Archbishop Jeremiah of the Wrocław and Szczecin Eparchy passed away.

The blessed memory bishop Jeremiah was born on 3 October 1943 in Odrzynki village (Adrynki in Belarussian) in Podlasie region. In 1957 he entered the Orthodox Spiritual Seminary in Warsaw that he finished after four years. Then he studied at the Christian Theological Academy in Warsaw, in the Moscow Spiritual Academy and in 1966-1968 in Zurich. Bishop Jeremiah was an intellectualist, a long-year professor at the Christian Theological Academy in Warsaw. From 1996 he was the rector for three terms.

The Orthodox Eparchy of Wrocław – Szczecin that was governed by bishop Jeremiah since 1983 is a place where a big numer of Lemkos live that were resettled 70 years ago from Lemkovyna and settled at the, so called, recoverred territories. Within the lands, in 1951 the Wrocław-Szczecin eparchy was founded.

The funeral services will start tomorrow, on 18 April 2017 at 9AM in the cathedral church of the Birth of the Holy Mother of God in Wrocław. Then, on 19 April the body will be transported to Warsaw where it will be put in the grave at the Orthodox cemetery at Wola.

On 2 February 1983 the contemporaneous metropolitan bishop of Warsaw and the whole Poland Vasiliy ordained Joan Anchimiuk for a deacon and a few days later for a priest. On 26 February 1983 he was advanced for a monk named Jeremiah. On 6 March the same year the Holy Council of the Polish Autocephalous Orthodox Church advanced him for a bishop and on 13 March in the church of St. Maria Magdalena in Warsaw he was chirotonized for an archbishop of Bielsk, the curate of the Warsaw metropolis. The celebration was performed by the metropolitan of Warsaw the blessed memory Vasiliy, archbishop of Białystok and Gdańsk Sawa, archbishop of Łódź and Poznań Symon, as well as archbishop of Przemyśl and Nowy Sącz blessed memory Adam. The bishop was an active participant of the ecumenical dialogue in Poland and in the world. In 2001-2006 he was the lead of the Polish Ecumenical Council.

Archbishop Jeremiah visited Lemkovyna, mostly during the pilgrims to the Holy Mountain of Jawor. At the turn of the 2016/2017 we managed to interview the bishop as LEM.fm radio.