Beskid and Rusyn education was discussed in a museum 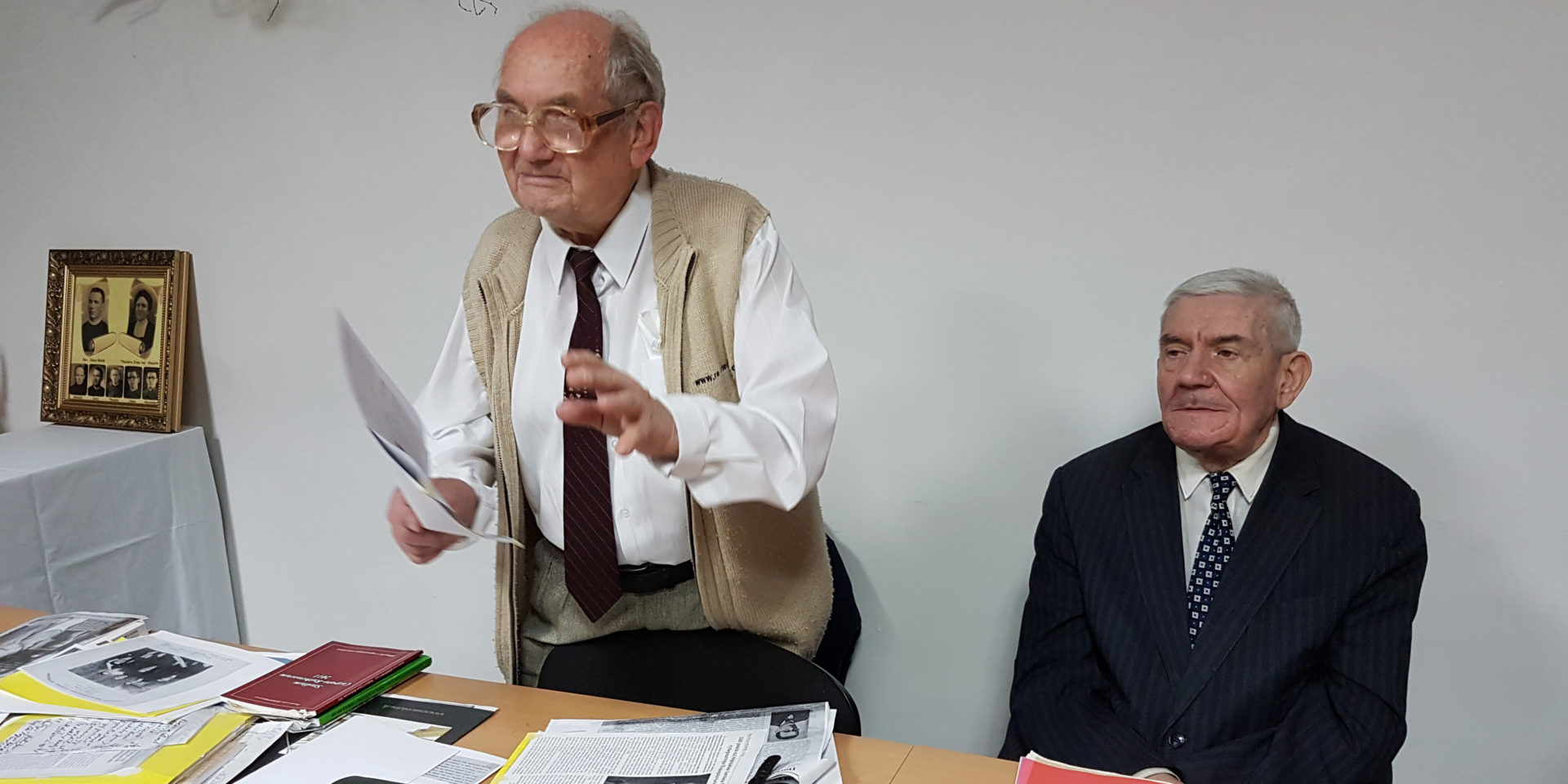 On Tuesday, 8 November 2016, the Rusyn Cultural and Educational Association of Alexander Duchnovic in Presov organized two seminaries in the Slovak National Museum – Museum of Rusyn Culture in Presov. The first one concerned the person of  Antonij Beskid, an eminent Rusyn political activist, the second governor of the Subcarpathian Rus’ in Czechoslovakia. The second seminary concerned Rusyn education within the period since establishment of the I Republic of Czechoslovakia, until ukrainization which strongly affected the education at the beginning of the 1950s.

The lectures on Antonij Beskid were given by Havryil Beskid, the head of the Cultural and Educational Association of Alexander Duchnovic in Presov, whose father was a brother of a Subcarpathian governor and who wrote many articles, as well as performed publicly, raising the topic of his background, his family, from which more such eminent Rusyn persons were coming.

The second person who gave a speech on this topic was Tibor Miklosh Popovich, a geographer, university pedagogist, social and cultural activist among Rusyns in Hungary, founder of the Rusyn science institute in Hungary, founder of the Rusyn  cultural union „Будитель“ (Bard), a former representative of Rusyns in Hungary, who was born in the Subcarpathian Rus’ when it still belonged to Czechoslovakia. In his lifetime, Popovich  published also many works regarding Rusyn geography, history and culture.

During the lectures, some little-known facts were told by the lecturers. Havryil Beskid reminded that the fact that the Subcarpathian and Presovian Rus’ were connected to Czechoslovakia is, apart from Hryhoryi Zhatkovich’s, also Antonij Beskid’s big merit. Beskid acted in the Hungarian parliament as a deputy, still at the time of monarchy. As the monarchy was abolishing, he was offered the post of governor of so called Rusyn Kraina, provided that the territory, which was settled with Rusyns, would continue to belong to Hungary. As a response, Beskid founded the Rusyn national council in Presov, then a Central Rusyn national council in Presov which enlisted  all the Rusyn national councils and contributed to the decision that territories of Rusyns be subsumed under Czechoslovakia.

Tibor Miklosh Popovich emphasized that Antonij Beskid was one of our most important political activists who, among others, supported financially Rusyn associations that functioned at that time, he was interested in our students, we owe him a lot. According to Popovich, we do not sufficiently appreciate this historical person who should have, be it in the Presovian Rus’ or the Subcarpathian, “such a big and beautiful memorial as Duchnovich has in Presov.” Popovich hopes that if the initiative has not been successful at the times of his generation, maybe young generations of Rusyns will do that.

When it comes to the second topic – education – Havryil Beskid spoke, again, who was mainly talking about Rusyn Greek Catholic middle school that was opened in the school year 1936/1937 in Presov. Beskid studied there himself and he was one of the first leavers of the Presovian Rusyn middle school.

The second lecture was dedicated to Mikolai Bobak, a priest, pedagogist, church activist, who was the first school principal of the mentioned Presovian Rusyn middle school. Bobak did not accept the Orthodox faith in 1950 and he was resettled to Moravia where he worked in the forest. As a priest, he could work only in 1968-1970, after so called Prague Spring when the Greek Catholic Church in Czechoslovakia got validated again. The lecture was prepared by Mikolai Bobak’s grandson – Yuraj Bobak. Mikolai Bobak died in Presov in 1986.