Blessing of a memorial in Ropki – photoreport (phot. Olga Szewczyk) 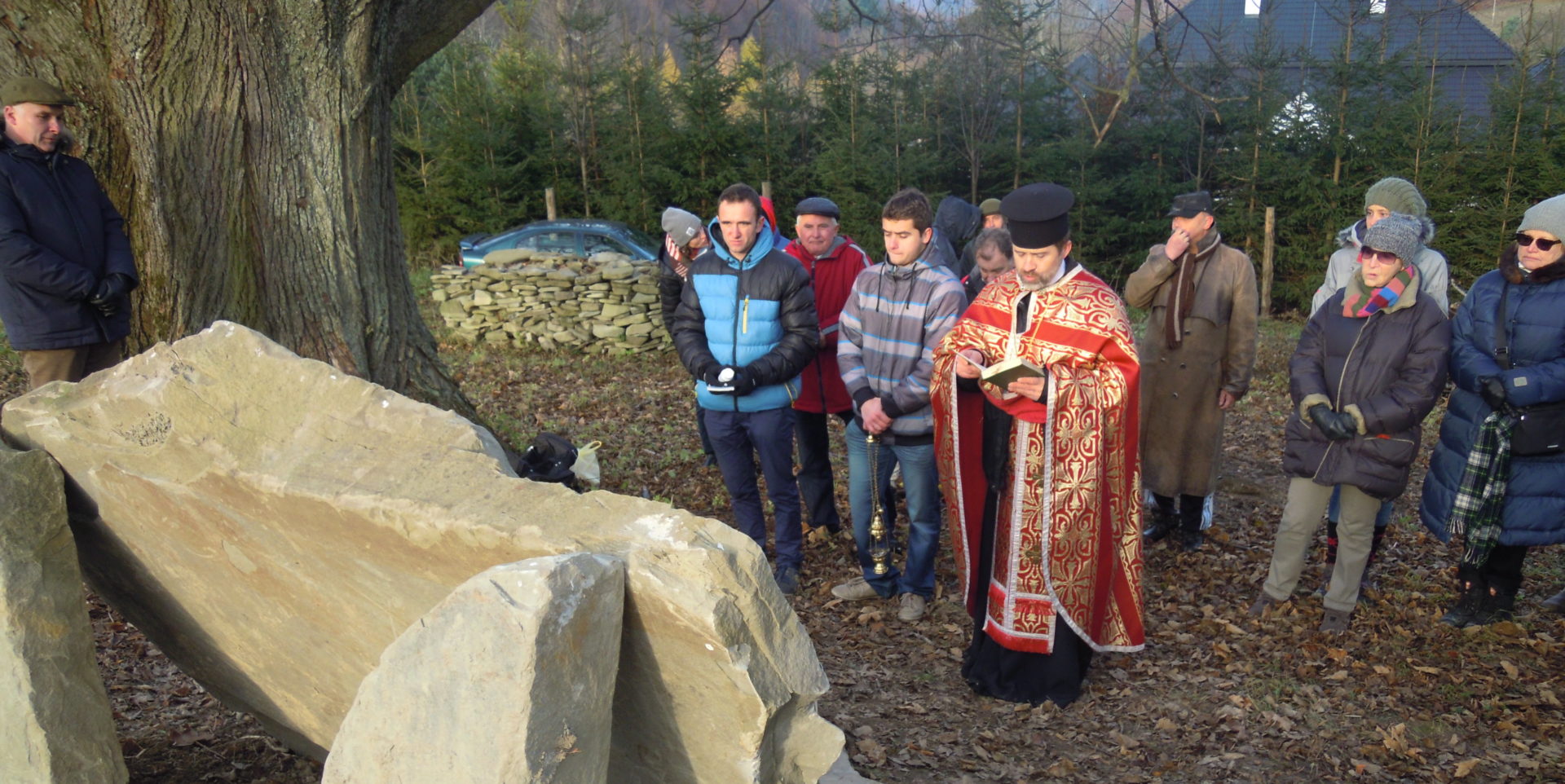 On Saturday, 5 November 2016, in Ropki a celebration took place. It was to commemorate the tragic history of the 1940s that affected not only Lemkos, but also their long-time neighbours – Jews and Romanies.

Before the 70th anniversary of Lemkos’ resettlement to the Western Poland within the wrongful Vistula Operation, on the cemetery in Ropki, next to a place where a wooden church of The Nativity of the Blessed Virgin Mary used to be located (today it is in a museum in Sanok), a memorial was presented – a stone with a board in Lemko and Polish. We can read there among others the following: Ropki village used to be here / In 1941, a family of Romanies was murdered / In 1942, two Jewish families were murdered / In 194, 60 Lemko families were resettled / Remember about them. The memorial was blessed by priest Władysław Kaniuk from Hańczowa parish, where the Ropki inhabitants belong. The priest is also in charge of the local cemetery, which administratively belongs to the Orthodox parish of the Protection of the Blessed Virgin Mary in Hańczowa. The initiator of the action was a Polish professor – Andrzej Jaczewski, who has been Ropki lover for years. We wrote about the idea of the blessing, as well as the circumstances on lem.fm website.

Before the stone has been blessed and officially presented, a service for the late ancestors was celebrated by one of the crosses above the cemetery. Priest Kaniuk mentioned that it may be possible to rail the whole area soon.

Below is a short photoreport by Olga Szewczyk – thank you for the pictures.