Bortne and Bratislava invite for Saturday 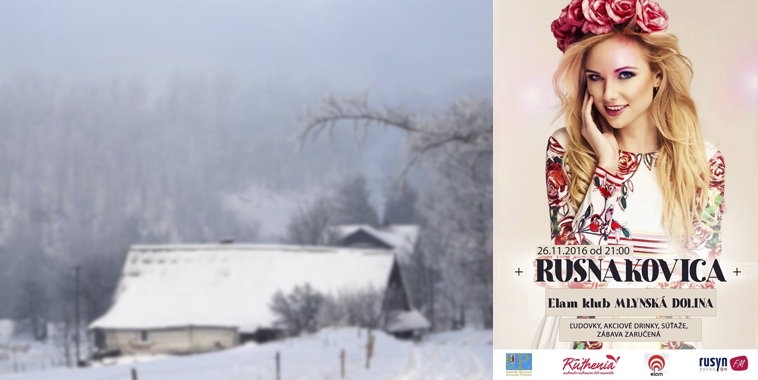 The current week is the last one before Christmas Fast, commonly known among Rusyns as Filipivka (the Nativity Fast). It starts the day after St Philip the Apostle day and lasts for 40 days – recalling the Moses who, before getting the Ten Commandments, fastet for 40 days. Filipivka ends on 6th January (24 December), the day before the great festival of Nativity of Jesus Christ, when the Christmas Eve takes place. The fast, evidence for which dates back to the IVth century, at the beginning used to last for 7 and more days (depending on the region). Since the local council in 1166, the times of Luka of Constantinopole, Filipivka, as well as the Lent, last for fourty days.

This short story on one of the most important fasts in the Christian Church, will lead us to the events that will take place next Saturday, 26 November in Lemkovyna and Slovakia, also outside the area of the Presovian Rus’. Before we give the exact information about the two zabavas organized by young Rusyns in Lemokvyna and Slovakia, we will explain that members of Greek Catholic Church in the Presovian Rus’, who follow the New Style, have already started the fast.

Next Saturday you can attend a further event within Rusnakovytsa series which will traditionally take place in Bratislava, in Elam club, Mlynska dolina. The event is organized mainly by the Young.Rusyns – probably the most active Rusyn youth organization within the whole Carpathian Rus’, as well as Rusyn.fm radio and “Ruthenia” folk ensemble that is closely connected to the Young.Rusyns circle. 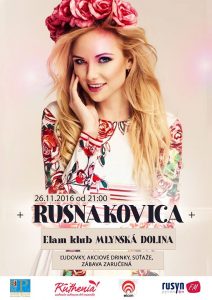 On Saturday you can also come over to Bortne where the youth from Lemkovyna invite – they want to have a good fun on the last days before the Nativity Fast. The zabava starts at 8PM – there will be music that is well-known to you from our radio Chyrch Gramophone. The tickets – 10zl.