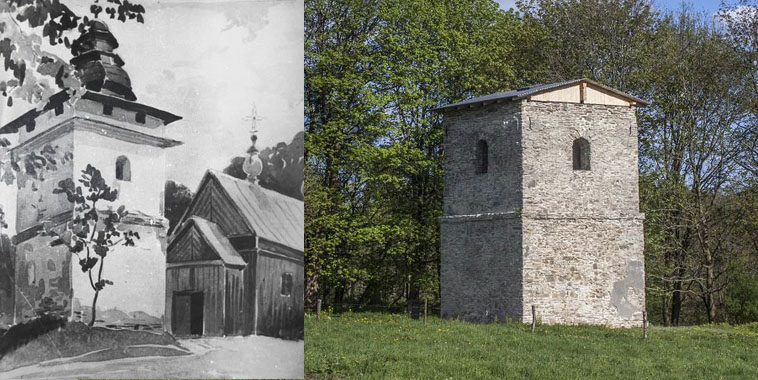 Organizers of the bell-tower renovation in Polany Surowiczne (Komańcza Commune), i.e. mainly volunteers of the Styki Tourist Club Association, Student Circle of Beskid Guides Warszawa and Magurycz Association, have announced a general fundraising for finishing the renovation works of the object. They are planned for the next year.

After the last part of the tower has been designed – the roof with dome, the organizers received the estimate of the final stage of the renovations. It is the amount of 50.000 zlotys. Most of the works will be social, voluntary and the money collected will be slated for materials, tools and professional works, as well as necessary legalities. After broad consulting and obtaining different opinions, a consensus has been made as to what the final project of the tower should be like. Finally, the domes above threshold and the middle part of the church in Wisłok Niżny, East Lemkovyna, served as a model. The final project of the tower-bell in Polany Surowiczne was made inspired by this neighbouring object.

The whole reconstructed bell-tower, together with the cross on the dome, will be almost 17 metres high. The length of the tower’s walls, which were reconstructed, backed and completed with windows and doors, is 8,6m and the length of the roof with the dome is 8,3m.  The renovated bell-tower is the only left part of the church complex – St. Michael the Archangel Greek Catholic Church in Polany Surowiczne, simultaneously being one of the last traces of Lemkos that used to live there. 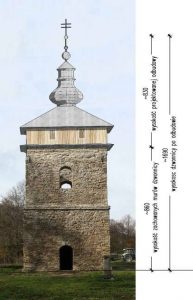 The organizers ask also to spread the information about the fundraising, as well as directions on where else the application for funding could be submitted. They promise that a detailed balance will be presented on demand of any donor.