Double boards will be placed at railway stations in Slovakia. Medzilaborce will be in Rusyn 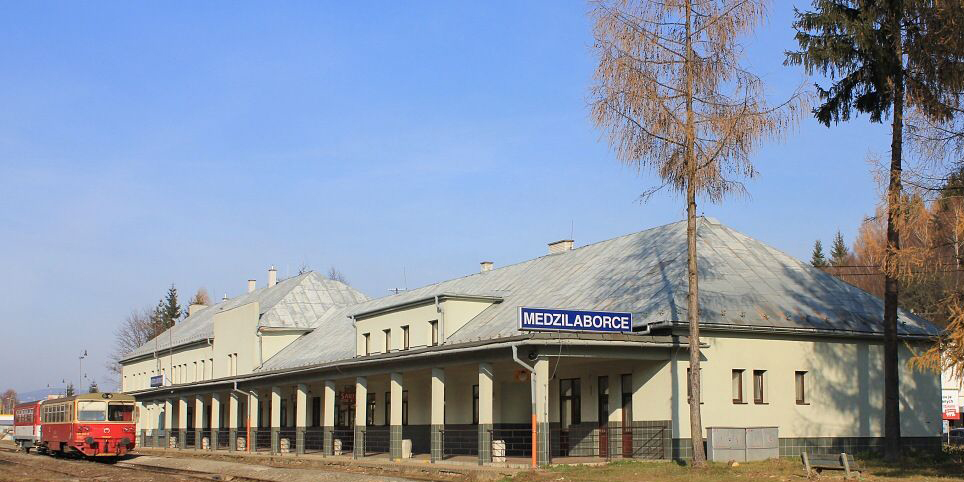 So far, in Slovakia in villages and towns where over 20 percent of inhhabitants live who reported themselves as minority, double boards could have been placed (in the official and minority languages) at the beginnings and ends of villages, double boards on offices, streets, as well as basic official information written in the languges of particular minorities. This year the inscriptions will also appear at the railway.

Ministry of transport and building of the Slovak Republic that is led by Arpad Erszek from coalition party Most-Híd is currently introducing the innovation which has been worked on also in the Programme announcement of authorities of the Slovak Republic after parliamentary election in 2016. Then, the authorities promised they would make some decisions on the long not discussed issue of double boards of railways stations where over 20 percent inhabitants live who are members of some of the state where national minorites are recognized. But the boards will not be placed everywhere. It is only about railway stations, not about standard little boards in villages.

There will be 55 railway stations marked with double boards overall, 54 of them with Slovak-Hungarian boards and one station – in Medzilaborce will be marked with a Slovak-Rusyn board.

„Based on the decision of Ministry of transport and building of the Slovak Republic, at the railway staton where there are regular public transport there will be double boards placed when the number of national minority of a village (or town) is bigger than 20%, according to the official website of the Railway of Slovak Republic.

Further they inform that the boards will be placed in 2017 and inscriptions will be made according to the norms of railway and placed from four sides of the buildings.

Only one board, bigger number of announcements

Slovakia introduces double boards only in the case of bigger railway stations, small stations remain only with Slovak version. And thus, within the list of towns and villages where double boards will be placed, only 55 were included, only 1 of which with Rusyn version.

Rusyns „do not need” more factors. Svidnik and Stropkiv districts where, which is mainly about the Svidnik District, Rusyn villages are located, do not have any specific building. Similarly when it comes to the villages in Bardejov district. Although there is railway station there, the route does not lead through Rusyn villages. In Stara Lubovnia district the case is similar – there is railway but it does not go through villages where over 20% of rusyns would live.

The only relevant route that leads through Rusyn villages is the one between Humenne and Medzilaborce that further goes through Polata – Lupkivskij tunel, to Poland and in the past it used to be the main route from Hungary to Lviv. Within this route, there are more villages included in which over 20 percent of Rusyn people live. However, according to the Slovak legislature there are no regular stations, on the list of double boards only Medzilaborce are included that are among others the only town in Slovakia (there are more villages) that officially has over 20 percent of Rusyn inhabitants, it means in Medzilaborce also streets may be marked in Rusyn. There would be more double names in the case of railway if the authorities start to decide on double boards also at small railway stations.

But if there is only one railway station in Rusyn for now, there may be more announcements. The Slovak railways gradually introduce voice announcements. It has been already introduced at the south of Slovakia, there are also Hungarian announcements where over 20 percent of the inhabitants are the people of Hungarian minority. Such announcements, until voice names for the stations are introduced, could have been also in Rusyn in more places on the route between Humenne and Medzilaborce.

Tourists from Poland could have been already welcomed by “Medzilabirci”

From 1 June until 3 September weekend routes are to start between Medzilaborce and Polish Sanok, sometimes Rzeszów. After agreement between Slovakia and Poland, it is one of the further projects that is to help tourism in cross-border regions of the two ccountries. Medzilaborce draw the attention of tourists mainly because in the city there is the only one in Europe and one of two in the world – Museum of modern art of Andy Warhol whose parents came from the nearby from Medzilaborce village of Mikova.

If the works of setting double boards be carried out quickly, it is possible that the first this year’s weekend train with tourists from the Polish side will be welcomed by a station where there will be also the Rusyn inscription “Medzilabirci.”