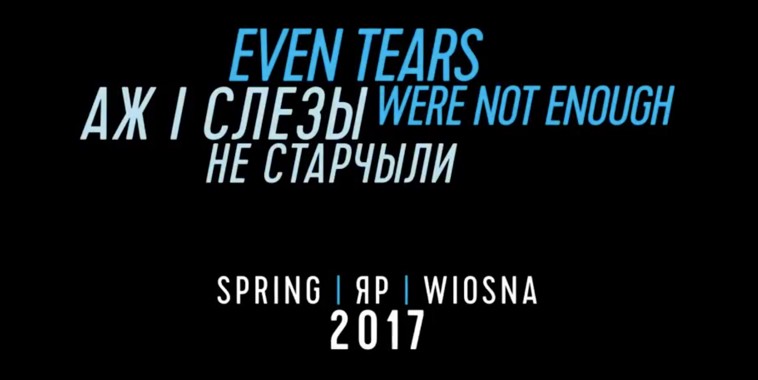 After the 100th anniversary of Thalehof (1914-2014) that is considered to be one of the first metropolies of Rusyns in the XXth c, in  2017 the 70th anniversary of the Lemko exodus is recalled – exile of Rusyns from Lemkovyna as a consequence of the Vistula Operation to the western and northern lands of Poland.

Three years ago the premiere of documentary Changed by Thalerhof  – a movie that explains in details the topic of the first concentration  camp in Europe that interned and was the reason for anguish, among others of Lemkos. Both this, as well as the most recent film of Rusyn activists from the USA – a film entitled Even Tears were not enough, is a real evidence for our memory.

The film would not appear if it had  not been for determination of Maria Silvestri and John Rigetti that apppear to be one of the most active Rusyn activists on the American continent. These two people, as three years ago when the movie about Thalerhof was presented, decided to create a work that will be the evidence for the fact that the Lemko nation survived and our determinants of identity have not disappeared. As M. Silvestri told our radio […]the  decision on that the film has to be done now was a must in a way. Unfortunately, in eryday life we face the fact that witnesses of the tragedy pass away […] and if it had not been for the determination, the historical memory so precious to our nation would pass away also. Thanks to family foundation John and Helen Timo Foundation, the film production was supported financially.

Certainly, according to what the producers succeeded to register, in the movie we will see only a little drop in the ocean, this is because only few people perform there. As for today, when we are 70 years after the events, the exilers in order to be able to pass something to us and that the information be detailed, in 1947 they had to be 15-20 years old. Today the people are 85 and more, often they still cannot understand why the tragedy happened that irrecoverably damaged our Lemkovyna – culturally, spiritually, and maybe also linguistically  – as Silvestri adds.

Let us remind that the materials to the documentary on the Vistula Operation were gathered by Maria Silvestri and John Rigetti already in 2015. Back then they came to Poland where first they gathered notes in the exile. In September 2016 they went to Legnica for 3 days where from, day by day, they would go to different villages in the Lower Silesian voivodeship, gathering videoreports from the witnesses of the exile. Back then the respondents were 77-93 years old and the producers would ask them similar questions to get to know what the particular people think on a particular topic. Apart from the commentaries, the questions show many sociologist aspects that emphasize the present condition of Lemko society in the exile.

The topic of the movie cannot be presented without reports of people that succeeded to return to Lemkovyna. Thus, the further stage of the producers was visiting the mother land where they would also go from house to housee and gather reports from the oldest inhabitants, not only on what the exile was like from their point of view, but also on how they succeeded to return. Apart from that, the film  was recorded in other places of Poland and the USA.

From the beginning the main premise of the producers was not only to base on faithful relations of the witnesses, but also to show the reasons and consequences of the Vistula Operation from the scientific perspective. In the film we can see the opinions of scientists that deal with, among others the Lemko history. M. Silvestri told our editorial board that she considers it to be very precious that on the occasion of the film production, the audience can rely on live word of people who experienced exile. This, unfortunately could not be used when gathering materials to the film on Thalerhof […]. As no one of those who struggled was alive – added Silvestri.

The film will be displayed in several language versions to reach maximum numer of people. The leading language in which the poeple will speak, will be certainly Lemko, but also Polish and English. At the bottom there will be a transcription in a language respective to the number of audience.

Also Lemkos from Poland did not forget of the celebrations of anniversary of exile of Rusyns from Lemkovyna. Already today we remind that from 28-30 April 2017 main celebrations of the 70th anniversary of the Vistula Operation will take place. Within the event, premiere of the film entitled Even tears were not enough will take place. On the detailed programme we will inform soon, but already today we announce that the first premiere will take place on 28 April 2017 in Lemkovyna, Ruska Bursa in Gorlice. A day later (29.04) the film will be shown in the Collegium Maius of the Jagiellonian Universitty in Kraków and on 30.04 a projection will take place in the exile, in the Theatre of Modrzejewska in Legnica. 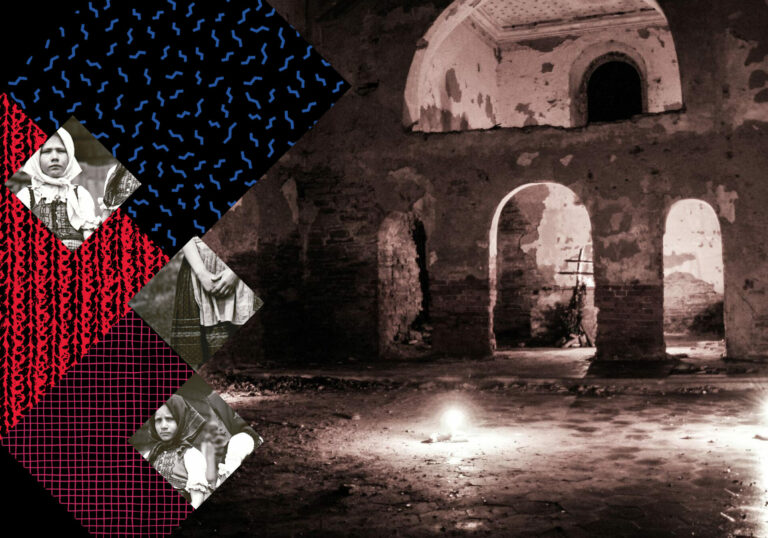