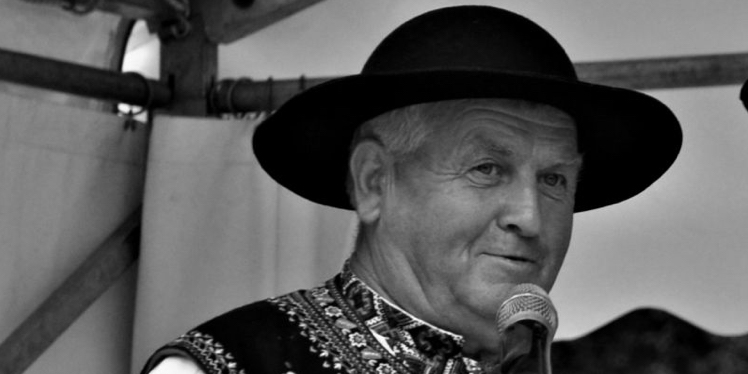 Filip Ikoniak was buried in the Szlachtowska Rus’. He was an active Rusyn, probably the last one to openly admit his background, he lived surrounded by the four villages: Jaworki, Szlachtowa, Biała and Czarna Woda.

The late Filip Ikoniak was born in Jaworki where the Ikoniak family lived until 1945. Then, they moved to the Soviet Ukraine, from there they succeeded to return in 1957 but this time not to the Szlachtowska Rus’, but to the western Poland. After some time, Filip Ikoniak’s father returned to his home village where he built a new house.

The late was actively involved in the promotion of Rusyn culture among, nowadays Polish, inhabitants of the four villages of the Szlachtowska Rus’. He was dealing with saving the remnant Rusyn crosses, chapels, which remind about the former inhabitants of Jaworki, Szlachtowa, Biała Woda and Czarna Woda villages. He spoke his mother Rusyn tongue which had an interesting variety when it comes to the example of Szlachtowska Rus’. It differed from the language that we know from the western or middle Lemkovyna. It may be compared to the language of Kamienka inhabitants – a village nearby, in the Presovian Rus’. Filip would often tell interesting stories in Lemko at the annual Pieniński Festiwal Kultur Górskich Łemków, Rusnaków i Górali in Jaworki, in July (Pieniny Festival of Mountain Cultures of Lemkos, Rusyns and Highlanders).

Filip Ikoniak passed away on 4 January 2017.