On Saturday 18 March 2017 in Gorlice a general meeting of members of the Ruska Bursa Association took place – it is an annual meeting that stems from the statutes of the association, the aim is to sum up the organization’s activity for the past year. The meeting was initiated by the head of Ruska Bursa, PhD Paweł Małecki who welcomed the present members from all over the Poland. Then, he asked for a minute of silence in the intention of Michał Wasylczak, a former member of Ruska Bursa who passed away last year.

General meeting of members is mostly an organizational-reporting meeting, that is why in the merithorical part the head P. Małecki presented a report from the Ruska Bursa activity in 2016. Apart from official document that was read-out, a sum-up of everything that was going on in Ruska Bursa last year took place, he asked people that were responsible for particular projects to talk about and sum up the particular parts of the organization’s activity in which they took part.

There was a lot of such things – meetings and events organized in the building of Ruska Bursa and other places, Terochka ensemble (rehearsals, trips, concerts), publishing-translatory activity (publishing the classics of Lemko literature, scientific yearbooks, tales for children), media-informational field and any fields of LEM.fm Media Group activity which inludes: our internet radio LEM.fm (soon in traditional ether in the area of Gorlice and Polkowice), LEM.fm+ weekly and lem.fm portal that you are reading right now.

An important element of Ruska Bursa activity is the fact that it works and is open every day, serving the function of culture centre, with the Room of Ivan Rusenko, the library that is constantly developing where you can come and not only borrow books, but also sit down, have a cup of coffee and at this place, in the reading room, to feel the Bursa atmosphere. Ruska Bursa is a place to which Rusyns and non-Rusyns come, students, scientists, or simply, people interested in Lemko culture, history and language. There is  not enough money  and grants for everything but this everyday (in a big part social) job on the highest professional level draws the attention of new and old enthusiasts and co-workers. A little example of it (although covering a big number of archives – absolute treasures) was handing a monumental archive after Barbara Tondos and Jerzy Tur to Ruska Bursa.

Further, at the general meeting of the members of the Ruska Bursa Associatin, the treasurer gave a speech, Bogdan Gambal who presented the financial report for 2016 and Mirosław Pelechacz, as the head of the audit board, read-out control report, after that the participants passed both of the documents with majority of voices.

Together with summing up the past year, Bursaks discussed plans and projects for the current year, together with received (or planned that they will be granted at last) grants and means that will suport the society’s activities in 2017. Then they thanked to the departing board and all the members involved in the Ruska Bursa activities in 2016.

The general meeting of the Ruska Bursa Association for the following year trusted the PhD Paweł Małecki to manage the board. Below is the newly-chosen board:

After the new board was chosen, the present members switched to discussing the current projects and the coming plans out of which a dominant topic was the sad 70th anniversary of the Vistula Operation, one of the Lemko ordeal of the XXth century that we will soon recall. As we have already announced on our website – the main Lemko celebrations will start in Ruska Bursa on 28 April 2017 with a projection of a documentary by Maria Silvestri and John Rigetti Even Tears were not enough.

We wish all the best to the new board. 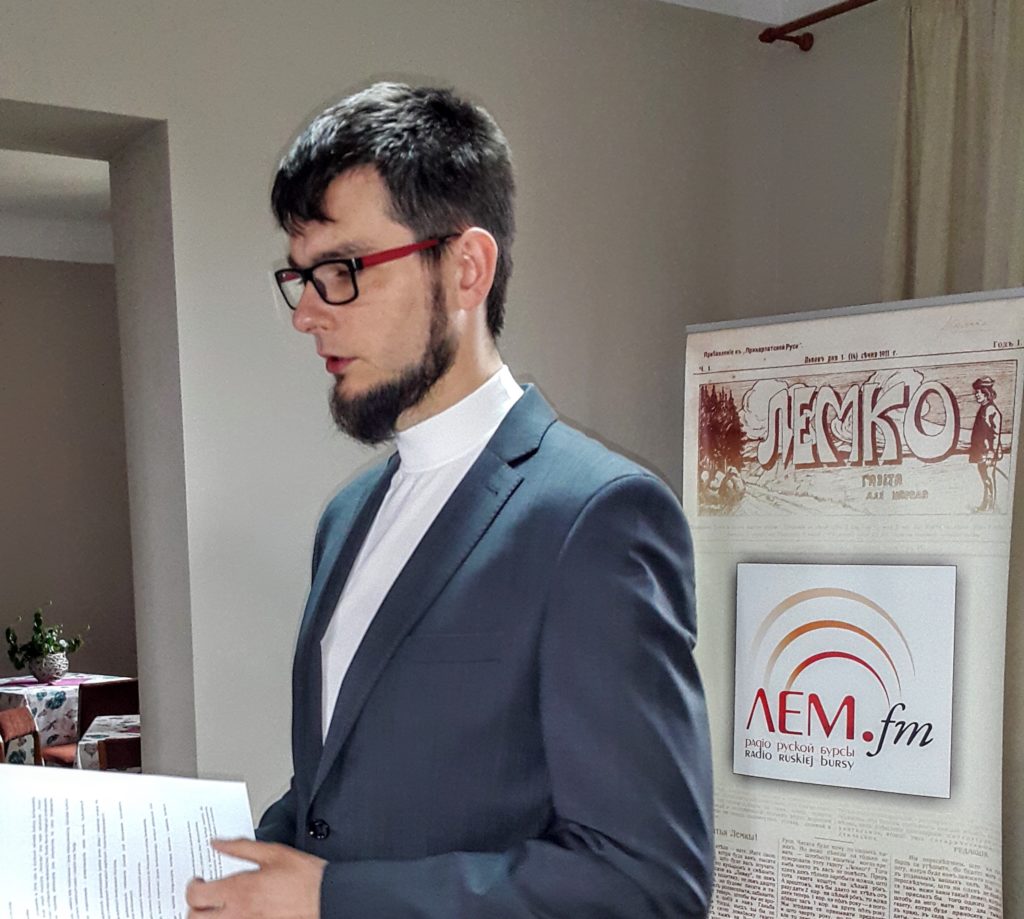 LEM.fm media group noticed that this year’s general meeting passed without unnecessary prolonging and problems, without calling for police (as it used to be in the previosu years because of some female aggressors who, uninvited, tried to block the meetings). Meeting of the members took place above divisions, not in antagonizing atmosphere but with respect of all beliefs represented during the meeting.