Hrdza in the final of ČESKO SLOVENSKO MÁ TALENT TV show. They won with their Slovak-Rusyn song! 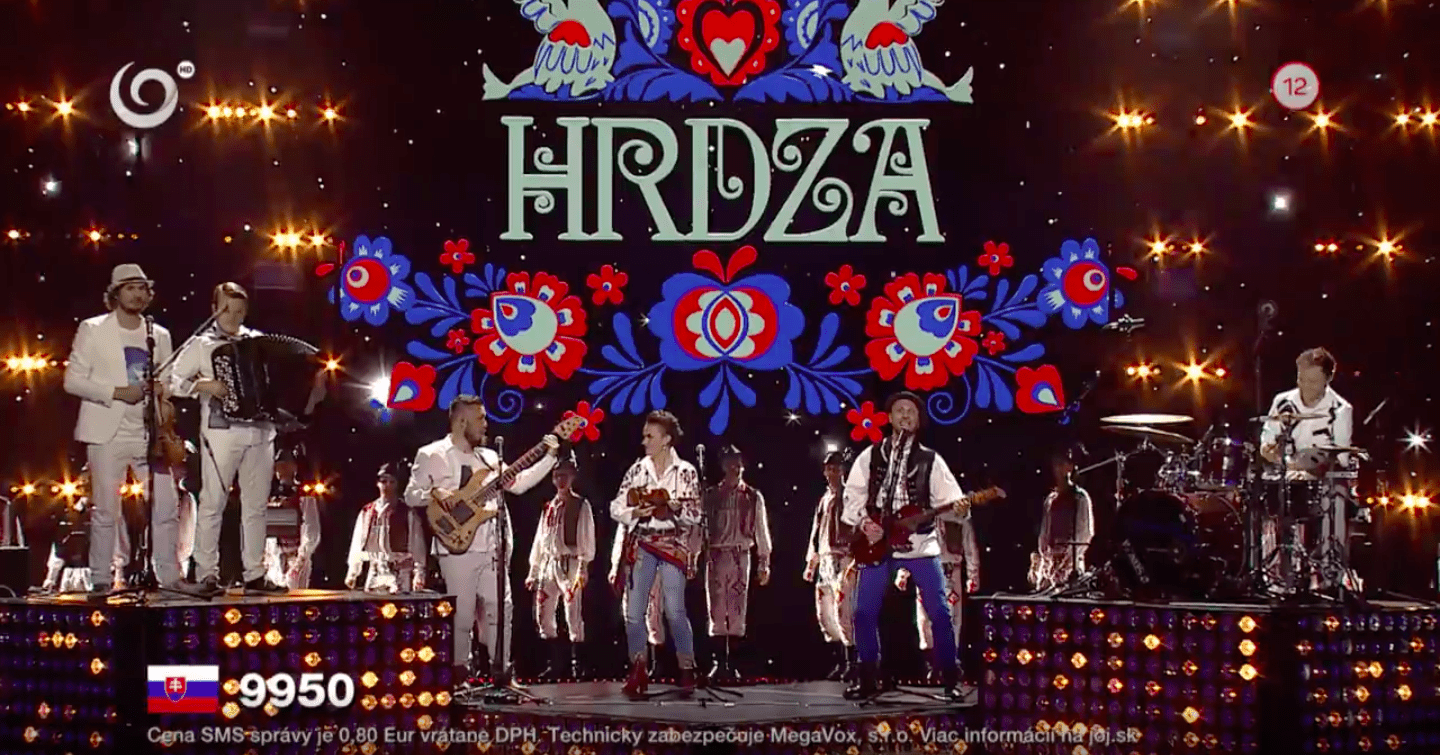 Sunday evening of 21 November 2016 brought much joy among the fans of Rusyn culture all over the world. The reason for this was a Slovak-Rusyn ensemble “Hrdza” which went through the semi-final in ČESKO SLOVENSKO MÁ TALENT TV show. The international group from Presov, which is becoming more and more popular, advanced to final of the Czech-Slovak show.

The programme, which has its counterparts also in other countries of the world (in Poland it is called Mam Talent), has a few stages in which the jury composed of four well-known persons grades the artists and decides on advancement to the further stages. “Hrdza” got to the current level, on all the previous ones the band was highly graded (in the quarter-final they got all the four voices from the jury). Susanna Jara, who is well-known in Poland, has been performing together with the Presovian group for some time, as a vocalist and violinist. Thanks to her, the ensemble, apart from Slovak and Rusyn repertoire, started to sing also in Polish and Ukrainian. Nowadays it may be considered as international.

ČESKO SLOVENSKO MÁ TALENT is a show in which not only music groups can perform, but also any artistic performance can be presented, provided that it has been accepted by the jury as interesting and worth to be presented in the further stages of the programme. Although the programme may turn out to be a big success for “Hrdza,” which may further make them famous, the ensemble’s leader said that […] the competition is rather not for us, but we like it anyway! Susanna Jara appreciated the professional logistics and organization of the show, as well as a professional attitude of the programme’s crew towards the artists.

The final of the Czech-Slovak show will take place next Sunday (27.11). After the semi-final, the ensemble’s members got back home, but next Thursday they will arrive in Bratislava again to prepare for the Sunday performance which may bring the biggest success in their career.

Programmes of this kind have become well-known for Rusyns in Poland, mainly thanks to Igor Herbut and his ensemble LemOn’s success in the popular TV show – Must be the music. His example shows that win in programmes of this kind allows to make a big career in the contemporary music world.

Winning the programme does not only depend on the marks of the 6-person jury. Voices given by the audience, sent via SMS are important. It is the audience that decides who should be the new star of the Czech-Slovak popculture. Here, from 00:43:20 you can see Hrdza’s performance In the semi-final of the  show.

phot. above: screen from the performance – visible number to which you can vote for “Hrdza” in the Sunday final.