“info RUSYN” available in a digital version on LEM.fm 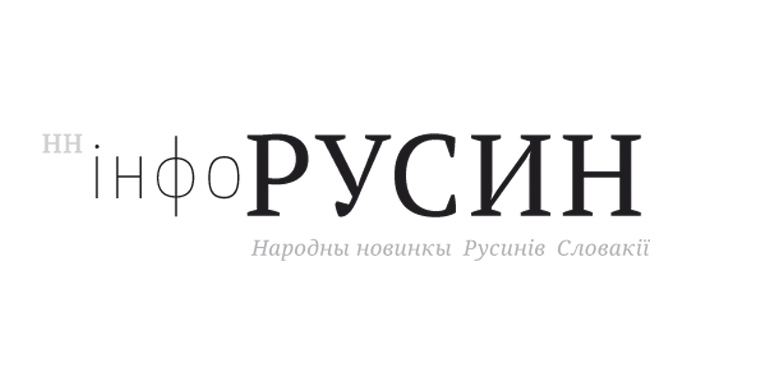 The Digital Library of Ruska Bursa, an additional function of LEM.fm+ portal that was started together with publishing of the “PanRusyn LEM.fm+ Weekly,” can be proud of new contents.  A biweekly entitled “info RUSYN” (and from this year: “NN info RUSYN – National News of Rusyns of Slovakia”) has found its place on a virtual shelf of the digital library. On the website, all the editions of “infoRUSYN” were placed from the years of 2015 and 2016 and, after a premiere in paper, also the recent editions from 2017 will be added there gradually.

“info RUSYN” – a press entity of the Rusyn Obroda in Slovakia, was published since 2004 on the initiative of Anna Kuzmiakova, the first chief-editor of the magazine. In 2004-2007 it was published once a month, since 2008 as a biweekly. From the very beginning the aim of the magazine was to inform about cultural-social, as well as scientific activities of the Organization, also about all the activities of Rusyns in Slovakia and abroad. The magazine brings news for all the Rusyns in Slovakia, but also for those who live in other countries of Europe and America, where our people live. The magazine includes articles and reports from cultural-social life of Rusyns, information about any other actions related to Rusyns. There is also a column with a programme of broadcast on Rusyns or a programme of the Alexander Duchnovic Theatre in Presov. There are some historic articles, jubilee articles, dedicated to eminent Rusyn activists, authors, as well as articles related to the religious life of Rusyns.

Since 2017, “info RUSYN” has been combined with the “National News” monthly. The “NN” was printed from 1991 as a press entity of the Rusyn Obroda, these were the first post-revolution editions for Rusyns in Czechoslovakia. In January 2017, the first edition of “NN infoRUSYN” was published, it is to be a continuation of informational activity on the life of Rusyns as a separate nationality.