Interview with priest Jaroslav Popovec, the head of the Society of St. John the Baptist 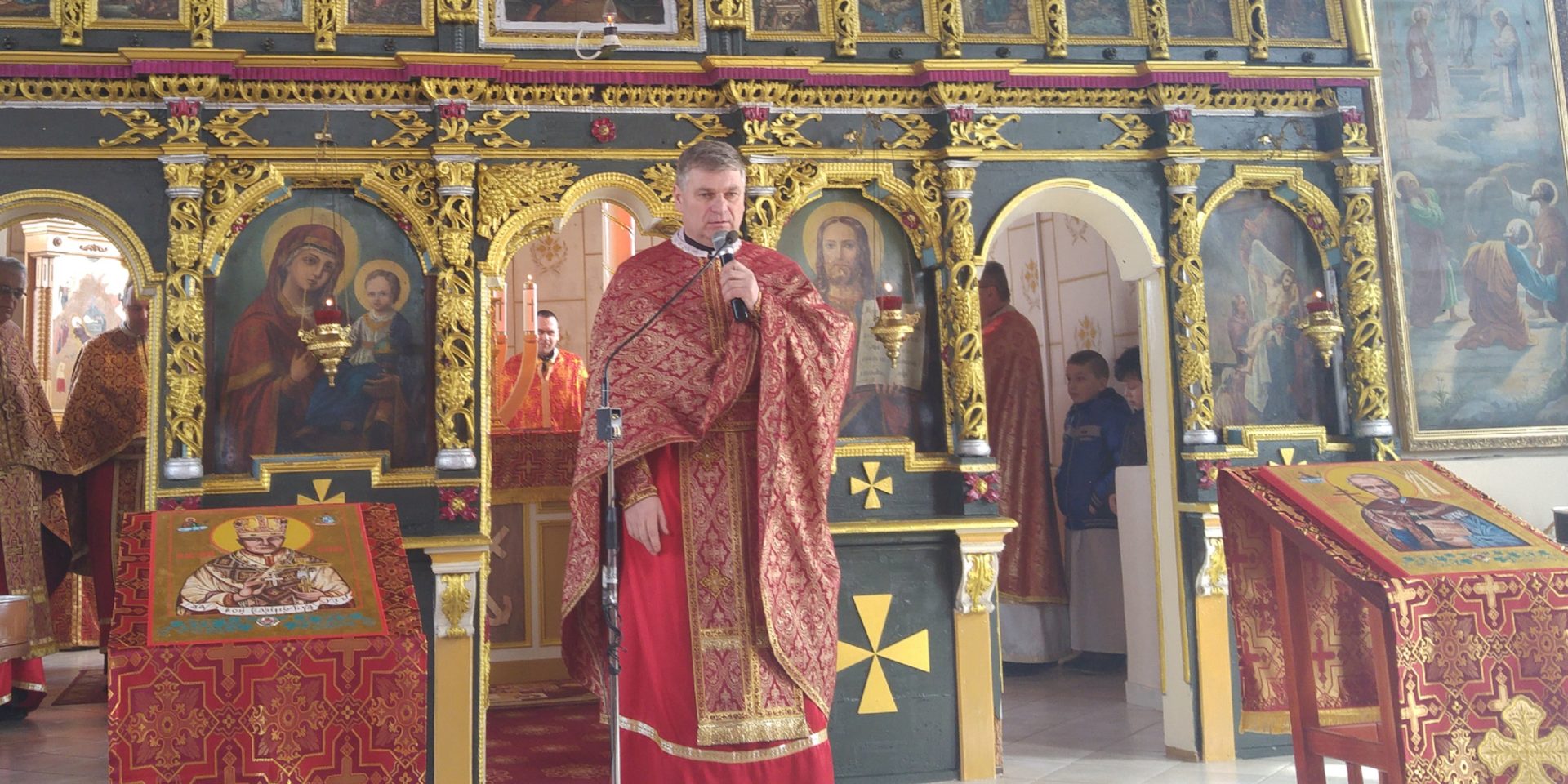 Bogdan Gambal: The Society of St. John the Baptist was the first to celebrate the year of Adolf Dobrianskyi announced by the Round Table of Rusyns of Slovakia. On Saturday 4 March 2017, in a church in Certizne, the Holy Mass was served and funeral service for the awakener. Why did the society, the head of which you are, decide to carry out inauguration with the participationof 15 priests and many believers in Certizne?

Priest Jaroslav Popovec: Yes, earlier. It is the first such a big meeting this year – the year of Dobrianskyi. And as I have already mentioned, every year we intend in the society to have Holy Masses for our members – not only the current but also former. Adolf Dobrianskyi was the founder and the first head of the Society but a separate Holy Mass  – as we decided last year during a meeting of the council – separate celebrations will be served in a place where he was buried. We have started this year’s celebrations  with the service in Certizne. It is the first big action in the memory of the awakener. We are glad there were many Rusyn organizations present, many or all of them were promised. Regardless of if someone came or no, I do not divide it, but many paid interest, they came to the event. Such cultural actions or any meetings regarding the life of Adolf Dobrianskyi can be always organized but a Holy Mass to which 15 priests come, where Liturgy is served and believers are present not only the locals but also the current members of the society, it is a big thing for the beginning, I believe. Hopefully, the following meetings will be successful, not only this year, to remember those who should be not only paid respect, but also who we should take example of.

B.G.: Does your society plan to organize further events in 2017 in the memory of the awakener apart from today’s event?

J.P.: On the occasion of the Holy Mass which we are witnesses of, a book was printed by our priest Milan Jasik in the memory of the great man Dobrianskyi. I believe on this basis, on the basis of the book that is going to appear, the person of Dobryanskyi may be promoted to a broader audience. Maybe we can transfer it also to the church area as well. Someone,for example at the theological faculty, could take interest in this person. Not only because he was a Rusyn, but this is especially for the Greek Catholic church. I believe we will remain active and will appeal for action.

B.G.: You represent the group within the Greek Catholic Slovak Church that specializes in translation of church liturgical texts to Rusyn and then gradually and consistently applies Rusyn in the area of church services. Which texts are translated, what are you going to translate? Which texts are awaiting imprimatur?

J.P.: At the beginning of 2002 it was completely new. We started with translations for Sundays and festivals: the Bible for Sundays and festivals, Gospel, Acts of the Apostles and catechism. Nowadyas, thanks to God, as well as good will of the church authorities, we can be happy that many translations such as trebnik, tetragospel, molebiens, have been translated. The recent work Holy Mass of the previously blessed gifts has been translated, as well as sticherons for evening services. This year we wish that if the liturgy remains Old Church Slavonic, Old Slavic, troparions have been translated long ago. Funeral service is translated – people are glad to understand everything. The year of 2017 is considered by us to be the blessed year of Dobrianskyi.

J.P.: Yes, yes… Panichida contains also prayers translated in ectenias in Rusyn. The prayer is in Rusyn. Let Lord allow that when entire funeral service be accepted, all the sticherions translated to Rusyn, the whole funeral will be translated. Because panichida itself is only troparion and kondakion but entire sticherons are translated. I think it is good for the church, people show it singing. Because, where not only a group of Rusyns meet at a funeral, but also Slovaks, Czechs, other nationalities. When a man dies who had a big family, they gather from different places in the world, we can represent this language and the Greek Catholic church.

B.G.: For the end, could you say a word to Lemkos – a word from a real Rusyn priest.

J.P.: For everybody, not only Lemkos, and for all Rusyns, as Lemkos are also Rusyns, abroad in Poland, abroad in Hungary, in the Subcarpattia, Romania, I wish them to be proud of their ancestors. And we as the Society of St. John the Baptist pay attention that as I am the head of the society that has been renewed in 2003, the society be profitable for our church, our nation. As Lord gives us the gifts so that we can spread it among the nation.

With blessings, all the best wishes priest Jaroslav Popovec.