The 21st meeting of the Round Table of Rusyns of Slovensko took place in Presov on Saturday, 18 February. The platform that reunions Rusyn professional institutions, social associations and independent activists, chose their new representatives.

The new head of the Round Table became Jan Lipinskij who took over after Milan Pilip. Milan Pilip remains the member of the board “ex effo,” as he is a member on the side of national minorities and ethnic groups of the Council of Slovak Republic, the Rusyn national minority. As individuals, the following people were chosen for the board: Michal Sekerak, administrator of the Bajerovce village, Josef Tkac (institutions and organizations) from the Alexander Duchnovic Theatre in Presov. The members that have remained in the board are Jakub Tuleja who was chosen again as the secretary and Peter Medvid – press representative.

During the meeting, the platform discussed the preparations for events that are going to take place this year within the year of Adolf Dobryanskyi. The year was announced by the Circle on the 200 birth anniversary of the eminent Rusyn awakener and the first deputy for the Higher Uhorsko in the Uhorski Sejm where he fought for the rights of Rusyns and Slovaks.

Eng. Jan Dobryanskyi (1963) was born in the Krayna Porubka, Svidnik District. He is a Rusyn activist, co-founder of the Association of inteligentsia of Rusyns of Slovensko (1995) and the Round Circle of Rusyns of Slovensko (2012). In 1997, together with Andrij Marcisin, he made a complaint against the Slovak government for non-respecting of Rusyn rights within radio broadcasting. In 2003-2012 he was a member of the Council of Institute of the memory of the nation. Since 2011 he has been a representative of Rusyns within voting on national minorities and ethnic groups of the National Council of Slovak Repblic. He is a producer of documentaries concernig the history of Rusyns and Rusyn people: Преосвященый… (Василь Гопко, блаженый Русин)/Most holy… (Vasyl Hopko, a blessed Rusyn) (2008), Йосиф і його братя/Joseph and his brothers (2009) і Душы Карпаm/Souls of the Carpathians (2013). He is also a co-author of Chemerytsa projects that aim to suport and protect human rights and national rights of Rusyns in Slovakia. He lives in Bratislava.

Peter Medvid, press representative of The Round Circle of Rusyns of Slovakia 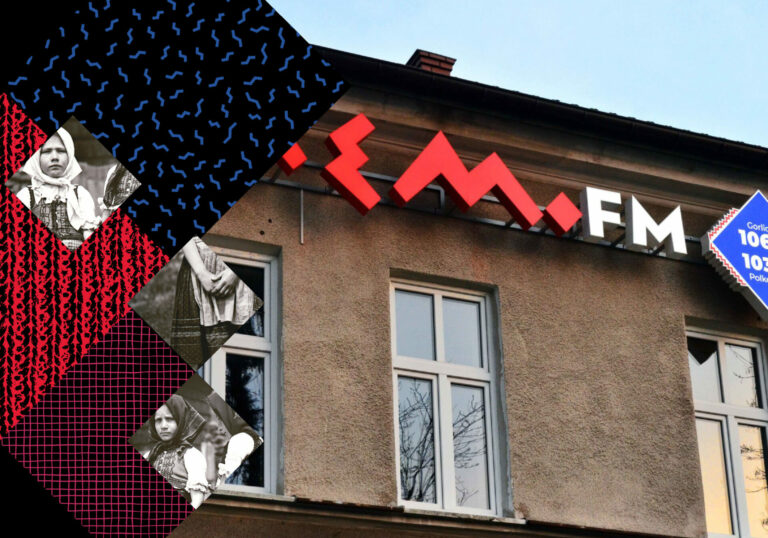