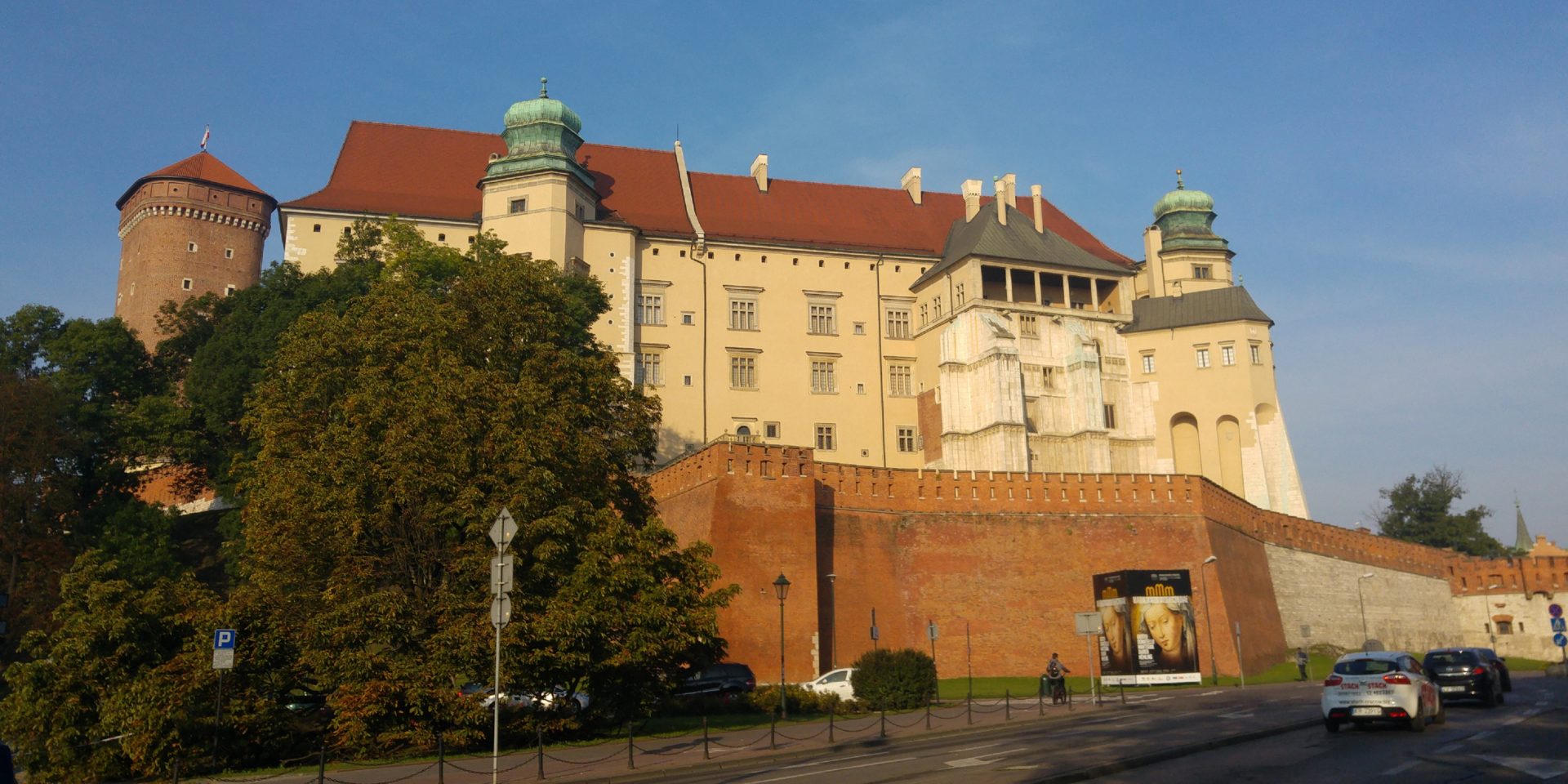 On Wednesday, 28 September 2016, a group of seniors from Kamienka (Kamyunka/Камюнка), Spiš, that belong to the local association of senior citizens, came to Krakow for an excursion. They left Kamienka right after 6 a.m. Although it is only 140km away, they arrived in Kraków in no hurry before 10 a.m. The group consisted of 23 people.

First, they decided to visit all of the must-see places in Kraków: Wawel Castle. They got there soon and entered the cathedral square. Inside, they saw numerous tombs of the Polish kings from the Jagiellonian and Plantagenet dynasties, including Jadwiga of Poland who was also the Grand Duchess of Lithuania, Heiress of Rus’ and Hungary. They saw one of the most valuable legacy of Rus’ in Kraków – frescos by Rusyn painters in the Holy Cross Chapel from the 15th century.

Then, they listened to a short lecture on the oldest archeological souvenirs stored at the Wawel castle, as well as on historical affiliation of Kraków and the whole Carpathian region to Great Moravia.

It is necessary for all tourists to have a picture taken at Wawel Castle.

Then, as they were walking along Kanonicza Street, the tourists reached the Maria Magdalena Square. They briefly visited Saints Peter and Paul Church (it also used to function as an Orthodox church). On the main altar, they saw a badge of honor given to the Archbishop of Eastern Rite, together with sculptures of the Fathers of Church that are worshiped by both the Western  and Eastern Christians – Saint Cyril of Jerusalem and Saint Cyril of Alexandria.

Later on, walking down the so-called Royal Road, the tourists from Kamienka went to the Main Square. It was the time of St. Mary’s Trumpet Call, played by a trumpeter from the highest tower of the city. Then, the group went inside Saint Mary’s Church. Unfortunately, it was not possible for them to see the main historical and artistic part – the wooden altarpiece carved by Veit Stoss. After that, walking down the streets full of tourists, salesmen, musicians and artists, they reached the St. Florian’s Gate. There, among numerous pictures of different values, they listened to the story about two artists – Jan Matejko – a Polish painter with Czech roots, known for his large paintings of historical events, as well as an ordinary artist from Kraków – Jerzy Nowosielski.

After the long trip, all of the participants were hungry. Most of them went to have a dinner at “Goscinna Chata” restaurant, where Rusyn food is also available. All of them satisfied their hunger with typical touristic menu.

They were given some free time after lunch. Everyone could take a walk around the Main Square or buy some stuff typical for Kraków. After the break, they gathered again by the Town Hall Tower and a picture of the whole group was taken with The Cloth Hall  (Sukiennice) – the most “Cracovian” structure – in the background.

In the afternoon, at 3PM they visited the oldest part of the Jagiellonian Univeristy. On Collegium Maius square they listened to Gaudeamus Igitur academic song. Some of the visitors from Kamienka sang it, as well.

At the end, the tourists visited a nearby Greek Catholic Church of the Exaltation of the Holy Cross, on Wislna Street. They entered the church and prayed. There, they saw icons by Jerzy Nowosielski, as well as the reconstructed iconostasis by Jan Matejko. Afer that, the Kamienka people, most of whom were the members of Barvinok Seniors ensemble, stood in front of the iconostasis and sang Bohorodyce Divo (Blessed are You, Mother of God).

The participants of the excursion left after 4 p.m.