Memorial for bishop Joan Semedij will be blessed 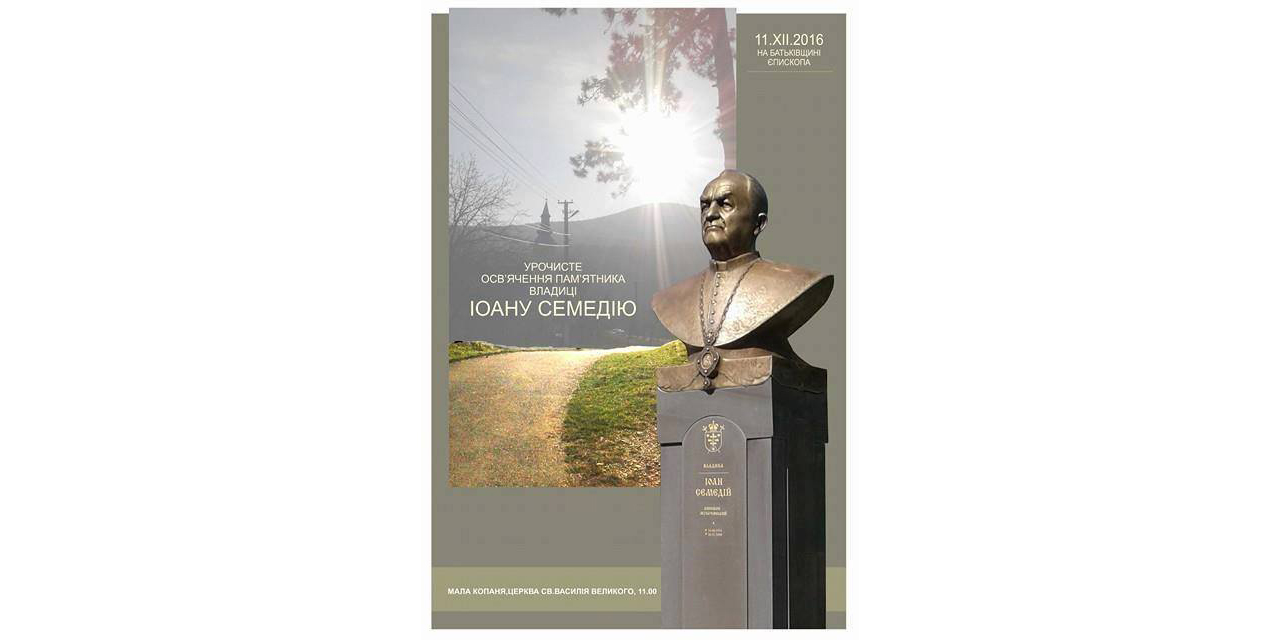 On Sunday 11 December 2016, a memorial for bishop Joan Semedij will be blessed, a former Mukachev Greek Catholic eparch. The event starts at 11.00AM in the church of St Basilius the Great, Mala Kopania village where St Joan Semedij was born.

Joan Semedij was born on 26 June 1921 in Mala Kopania village, Vinohrady region, Subcarpathian Rus’ that used to belong to Czechoslovakia back then. In 1942 he graduated from middle school in Khust town. In the same year he went to the Uzhorod seminary. In 1944 he fought in the Czechoslovakia army as a volunteer. Then, he was demobilized in order to finish the seminary in 1947. In the same year, in July he was advanced to the level of a priest by bishop Theodore Romzha. He was a prefect and teacher at the Uzhorod seminary. At the same time, he was working as a eparchy notary of the Mukachev Greek Catholic eparchy.

From 1949 when the Mukachev eparchy was officially abolished by the Soviet authorities, until 1987 he worked in community services and then he retired. For the whole war time Joan Semedij was active within underground illegal Greek Catholic Church.

On 24 August 1978 in Onokivci village near Uzhorod, Joan Semedij was secretly advanced to a bishop by a Greek Catholic bishop Aleksander Chira. In January 1979, after death of apostolic administrator Mikolaj Muran, Joan Semedij started to manage the Mukachev Greek Catholic Eparchy as a bishop. It changed only at the end of the communist regime, after legalization of Greek Catholic church in Ukraine on 20 november 1989.

Less than a year later, on 21 January 1991, bishop Joan Semedij got a decret from the contemporaneous Bishop of Rome John Paul II. It said that Rome established him a eparch of Mukachev. At this time in the Subcarpathian territory there were other bishops who got the ordination- Ivan Margitich and Joseph Holovach. He performed this function until 25 January 2003, when the Pope accepted his resignation and bishop Joan retired. He died on 6 December 2008 at the age of 88, in the 31st year of service as a bishop and 62nd year of service. He was buried on 9 December in his home village.

The role of bishop Joan Semedij

Joan Semedij played an important role in the rebirth of Mukachev Greek Catholic eparchy. As he performed the function of an eparch, they succeeded to recover some Greek Catholic churches that were used by the Orthodox after 1949, as well as church buildings – for example eparchy palace in Uzhorod. Also, the seminary was reborn, new churches were built. After many years of official non-existence, the eparchy started to live again and bloom. At the time of Semedij, a process started at the end of which, in 2001, Theodore Romzha was announced as saint.

Also, his Rusyn identity played a big role. After the eparchy was reborn in 1989, Ukrainian bishops made attempts to subsume the Mukachev Greek Catholic eparchy under Ukrainian Greek Catholic Church, the center of which used to be in Lviv at that time.

At the difficult times of the church and Rusyns’ rebirth, the bishop was always with Rusyns and he did not agree to the possibility that Mukachev eparchy stop to be a Rusyn church sui iuris and comply with the Ukrainian Lviv. He prevented ukrainization of the church in Subcarpattia.

The bishop identified himself with the Presov Greek Catholic eparchy. He took part in many church events, he met bishop Joan Hirka who was a Presov eparch at that time. Also, he sent many students from the Subcarpattia to the Presov seminary in the 1990s. 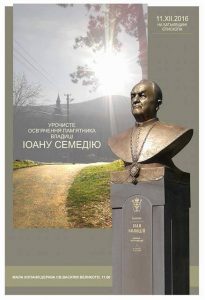