New “Magura” – on beetles, bats and Christmas in Lemkovyna 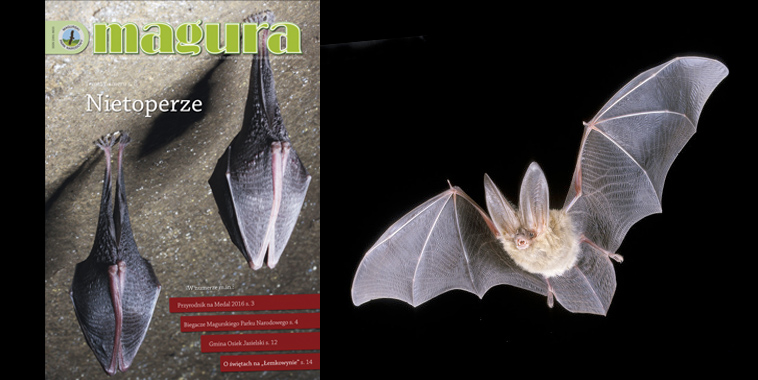 The recent edition 1(7) January-March 2017 of a quarterly entitled “Magura” – a bulletin of the Magura National Park is already available on the Park’s website.

Those who are interested in the flora and fauna of the Carpathians will find there many interesting articles, among others a broad article by Paweł Niemiec about ground beetles  (lat. Carabidae), about bats of the Magura National Park, the following people wrote: Krzysztof Piksa, Tomasz Brzoskowski and Wojciech Gubała, Marta Łaba wrote about the tourist offer of the Osiek Jasielski commune. The area of the Magura National Park is located within Lemkovyna entirely, because of this, every edition of “Magura” includes some article related to Lemkos and their land. This time, it is an article by Stanisław Springer about the Nativity Fast, kozybrats and didukhs, simply, about the Christmas in Lemkovyna.

“Magura” magazine is a series, the idea of which was to serve as a connection between the Magura National Park and all the people or institutions for whom the nature and proximity with the Park are important. “Magura” aims to present to the readers projects and activities realized and taken by the Park, the aim of which is to protect nature, as well as to share some remarks and experience of the Park’s employees. 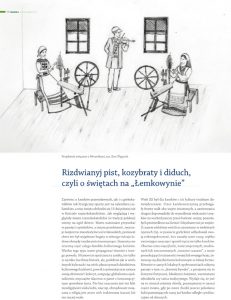 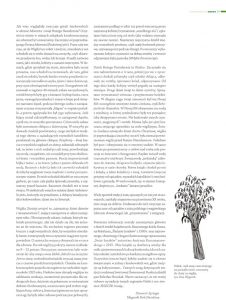 Phot. extract from the recent edition of “Magura.”