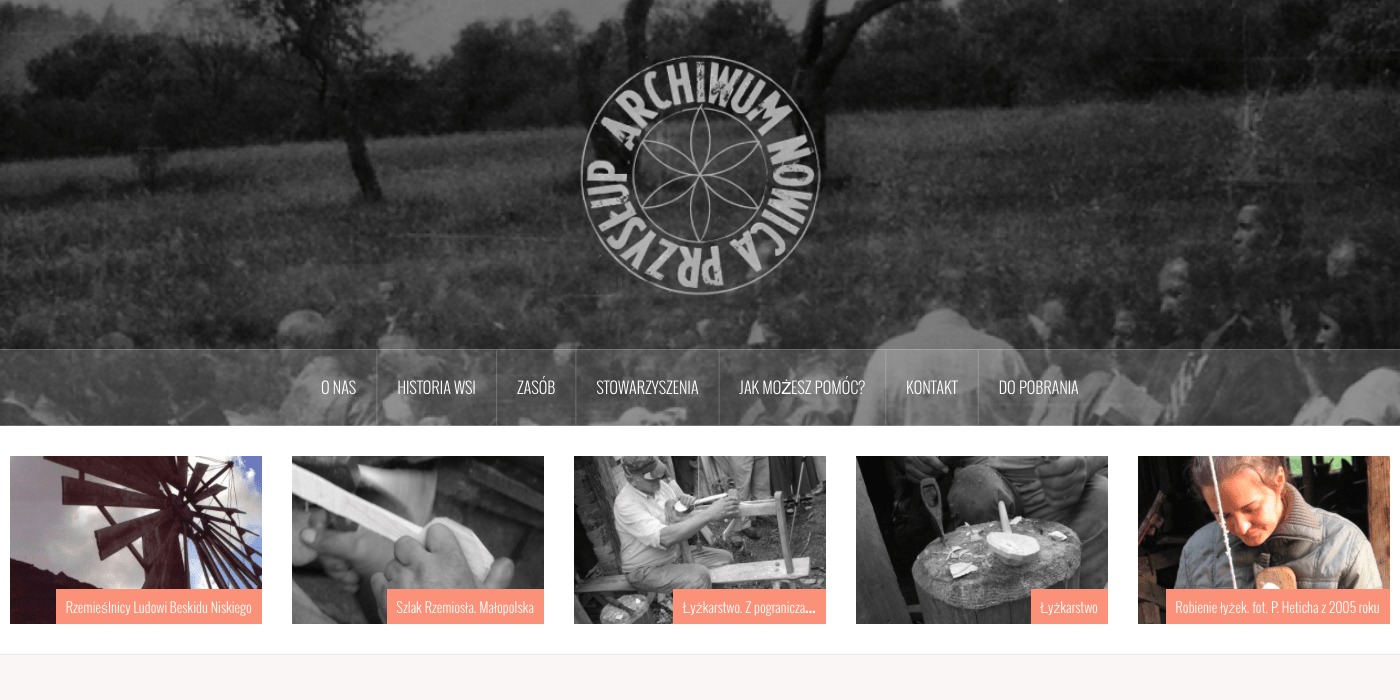 At the beginning of 2016, we informed about a new project  – a social initiative that looks for archive materials related to the Lemko villages of Nowica and Przysłup (the middle Lemkovyna). This is “Nowica-Przysłup Archive.” Recently, they notified Lem.fm+ editorial board on the further development, this time concerning the new website.

The new website will enable you to find information about the project, a centuries-old history of villages, what was located there and still is (the constructions, crosses, chapels, handicraft workshops, cemeteries). Apart from that, the website will enable access to the villages’ maps from various historical periods, from 1850 to 1943.  The website intends to present also archival documents or information from the media where Nowica and
Przysłup have been mentioned. It presents events that regularly take place in the both villages (for example: Innowica, Summer Musical Meetings, Jazz Bez). The website’s structure already shows that a lot of attention will be paid to the most popular of handicrafts that functioned there powerfully – wooden spoon carving. As for today, the website is still being developed, that is why some parts and functions may not be available.

“Nowica-Przysłup Archive” is an interesting initiative – so called, social archive. So far, no satisfactory definition of this kind of projects has been made, they are however becoming more and more visible in the social space. The project still needs volunteers who would deal with the archival materials and their digitalization. The photography archive is made in a programme that enumerates each photography. Additionally, the system is hierarchical. The project’s aim is to preserve and promote the cultural heritage – including the Lemko, through involvement of the current and past inhabitants of the villages, people from all over the world, volunteers and other associations.

The Archive’s actions are long-term, thus, the first stage of the project is carrying out some initial field research – to gather, inventory and digitalize audiovisual, documental and iconographic materials. After finishing the project, the whole collection will be available for free on the mentioned website.

Although most of the villages in Lemkovyna are no loger settled with Lemko people, Nowica and Przysłup are the villages where quite a lot of Lemko families live. It is also worth mentioning that Przysłup no loger exists as a separate village administratively – it has been included into the neighbouring Nowica. Nowica is one of the 9 villages in Lemkovyna that has a double board with the name. Headquarters of three associations are located there, the website informs about it as well – “Sarepta” Fraternity of Greek Catholic Young People, “Magurycz” Association that deals with preservation of Lemkovyna’s heritage, as well as “Friends of Nowica” Association. There are Greek Catholic churches both in Nowica and Przysłup. In Nowica, apart from the church of St. Paraskeva, there is also a chapel of the Dormition of the Virgin form 1889. Every year, there are kermesses on the Dormition of the Virgin organized near the chapel (photoreport from this year’s feast – here).