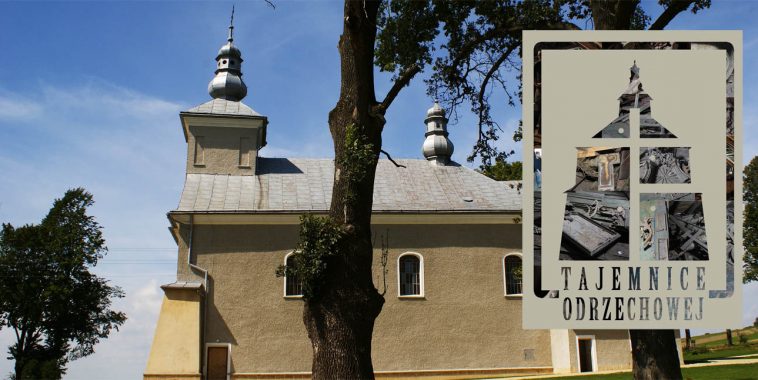 From some time, when you think about Odrzechowa and the Greek Catholic church, what comes to your mind first is probably the project entitled “Mysteries of Odrzechowa.” It is a precious initiative that mainly aims to save the monuments of the church. The initiative was awarded at the end of 2016 in the General Heritage  Conservationist Competition  – as the best educational project on heritage.

The further levels of the project were among others inspection of conservational commission which took place a week ago, on 14 February 2017 in Odrzechowa. Its aim was to enter the lateral altar and procession cross to the registry of monuments. They had been found in the attic of the church during the project. Odrzechowa was visited by the Provincial Offices of Monument Preservation in Przemyśl – a delegacy from Krosno. According to the managers of the project, the entry to the registry is a conclusion of their activities, it will also allow to start further conservationist works, both concerning the lateral altar and the cross.

The foregoing conservationist research allow to make a conclusion that the cross and lateral altar (called as “green”) probably come from the previous wooden church. The altar was renovated twice. The green polychromy covers the previous, blue one, and under this, there are remainings of the paintings from the second half of the XVIIIth century. After the stocktaking, it turned out that the previous church stored two identical altars. The Eparchal Museum in Przemyśl stores an icon by Julian Pankiewicz representing St. Nicolas, the icon perfectly matches the altar. It was painted in the XIX, on order of the contemporaneous priest of Odrzechowa – Antoni Lawrowski, it replaced an older original one which used to decorate one of the aforementioned altars.

The aim of the “Misteries of Odrzechowa” project is renovation and preservation of what has been left  in the past Greek Catholic church of St. John the Baptist in Odrzechowa after the resettlements, the church which serves as a Catholic church nowadays. Today’s Catholic parish where priest Marian Bondal serves, every year carries out some investments related to preservation of monuments that compose the church. So far, various physical-chemical, as well as historical research carried out thanks to the donation from the Ministry of Culture and National Heritage, have allowed to estimate the years of origins of the monuments, as well as to expand knowledge on them and generally, the knowledge on the Odrzechowa’a church. 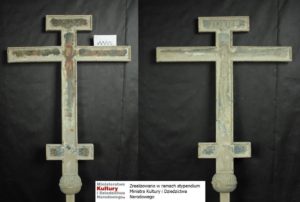 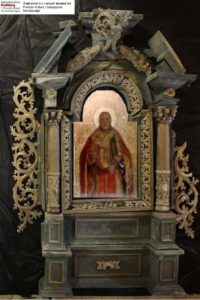 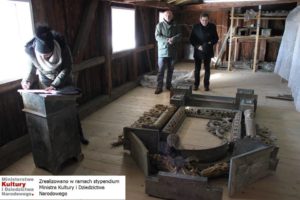 These and more photographies are available on the Facebook page of the project.