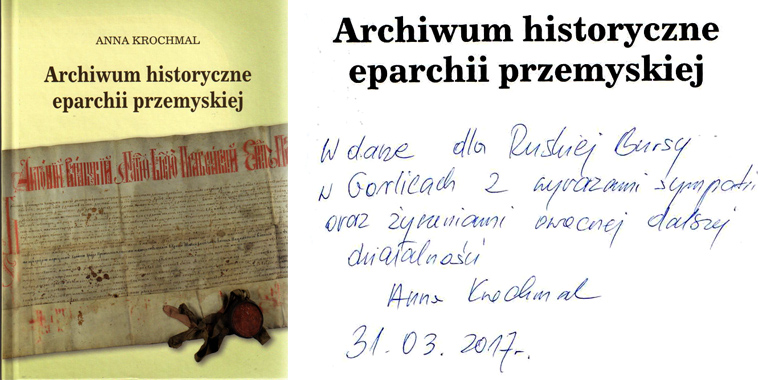 Feel invited to listen to the report from book promotion entitled Historical archive of the Przemyśl eparchy. The author, PhD Anna Krochmal is telling about why she decided to write such a book, in what conditions and certainly – what you can find in the book. And you can find there much valued information concerning archival heritage in the Greek Catholic Episcopate in Przemyśl that is nowadays located in the National Archive in Przemyśl.

Historical archive of the Przemyśl eparchy is a complex publication on the biggest in Poland saved archive until the history of the Eastern Christianity, not only the Greek Catholic, but earlier – Orthodox. The book is a kind of a guide on the whole collection of sources and it is preceded by a 300-pages monographical description of history of the Przemyśl eparchy. Both parts, historical-descriptive and detailed contents of what is hidden behind all signatures, give the researches the image of what the history of the Eastern Christianity was within the Przemyśl eparchy, thus the archive constitutes a big heritage of our history. Research potential of the materials is huge, not only for  historicians, but also for linguists, sociologists, demographists or musicologists.

The meeting took place on 31 March 2017 in the National Archive in Przemyśl.

Premiere: Monday 10 April at 8PM, retransmission on Tuesday 11 April at 2AM, as well as on Saturday 15 April at 3PM. 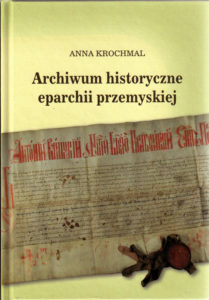 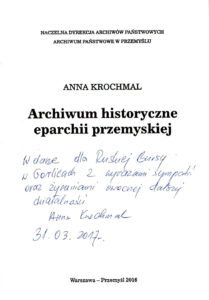