On the nomenclature in Lemkovyna – a meeting with Wojciech Krukar

On 17 February 2017 in Sanok the secrets of topographical names in Lemkovyna will be revealed. PhD Wojciech Krukar, a man who, as is commonly considered, named mountains, will give a lecture entitled: The oldest names of localities of the Lower Beskid and Bieszczady, as well as their meaning nowadays. The meeting will take place in the Historical Museum in Sanok, Gobelin room. It starts at 5M.

Wojciech Krukar – PhD within geography, Beskid and Bieszczady guide, member of the Polish Tourist-Sightseeing Association, honoured by the Ministry of Culture and National Heritage with the title of a Deserved Cultural Activist.

He is the author and editor of many tourist-toponymy maps, tourist guides, several dozen articles within tourism, sightseeing, mapping and geography. He has been running a social documentation-reconstruction of traditional nomenclature of localities of the southern-eastern Poland for several years. He has entered 8 thousand names to the new maps of Bieszczady and the Lower Beskid, there had been only one thousand of them before.

More about the job of PhD Wojciech Krukar we wrote here and here. 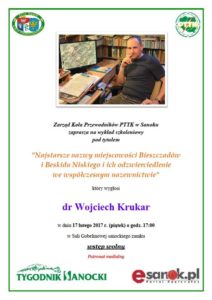 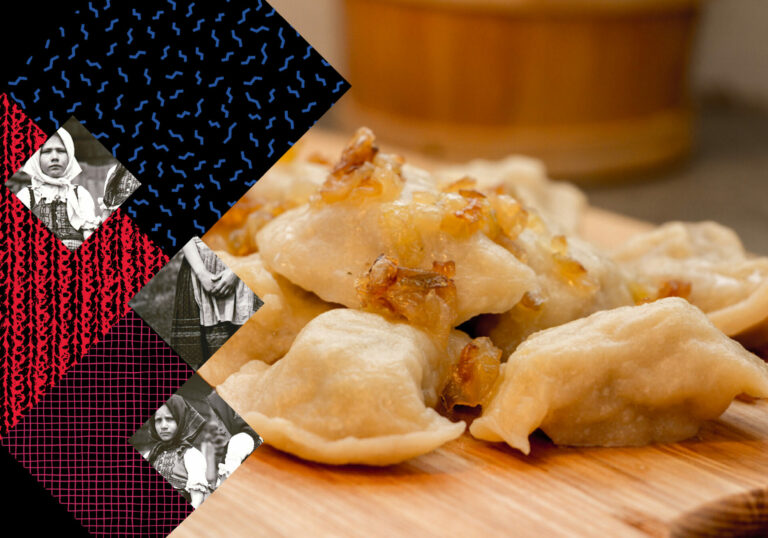