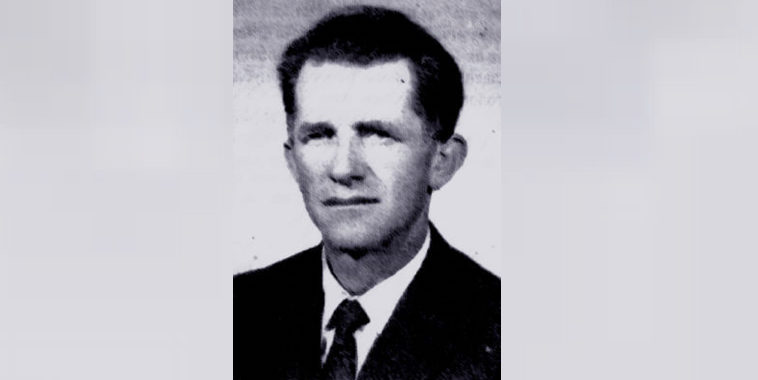 Today, on 18 February, Seman Madzelan would be 95 years old. He was a Lemko poet and writer, mostly he was known as author of lyrics to the Rusyn song Pid oblachkom, probably one of the most recognizable Lemko compositions in the world.

Seman Madzelan was born on 18 February 1922 in the western Lemkovyna, Bilcarowa village, near the capital of the Lemko Rusyn Republic which had been established four years earlier. He was the youngest son of Wasyl and Alexandra (maiden name Shchambur). His older brothers attended schools and Seman was to stay on the farm. As the war broke out, in 1940 he was exiled to compulsory works in Germany. There, he ended up in Baudienst and his parents managed to save him from death. In 1945, as many young boys from Lemkovyna, he was taken to the “Red Army” as a “volunteer.” He fought for freedom of Czech lands, he got severe injuries during the Prague Offensive. It took him a long time to cure and when he returned to his home village in 1946, he did not find his family there as all of them had been resettled to the Soviet Ukraine. He stayed with the neighbours with whom, in 1947, he was resettled within the Vistula Operation to the post-German lands of the western Poland. During the stay in Bilcarowa, he married Johanija Halaburdova, they spent 63 years together.

Madzelan lived in his mother village of Bilcarowa after the historical events which have remained alive among Lemkos. These were the idea of the Lemko-Rusyn Republic, or still influential memory of priest Teofil Kaczmarczyk – the parish priest. These were the topics that Madzelan was getting back to in his works, from the perspective of the time. He often referred to ideological and religious divisions within the nation.

In the exile, Madzelan got to the Wrocław Voivodeship where, after some time of being knocked about, he settled in the post-German village of Trzmiel near Lubin. In fact, he spent his whole life there. In the 1970s he emigrated to the USA where he settled by the Hudson river. Earlier, his father had been there, as well as older brother Wasyl – in order to earn money.

Madzelan’s works got popular firstly thanks to the Song and Dance Ensemble “Lemkovyna” from Bielanka. The ensemble’s one of most popular compositions were “Pid oblachkom” (the music, based on folk motifs, was composed by Jarosław Trochanowski) and “V temnu nichku.” In one of the interviews for LEM.fm radio Seman Madzelan mentioned that he started to write poetry after experienced misery in love. Additionally, there was longing for the mother Lemkovyna that he had been deprived of when resettled.

Madzelan’s works were published in “Nashe Slovo” Ukrainian weekly within the “Lemko Page.” In 1986 the Sądecka Oficyna Wydawnicza published Madzelan’s short story translated to Polish, entitled “The taste of lot” and “Nasha Zahoroda” publisher published the short story in Lemko. Some of his works were included in anthology of post-resettlement Lemko literature in Poland – “Is this just longing or is this hope.”

Seman Madzelan died on 17 July 2014. He was buried in Trzmiel village in the exile.