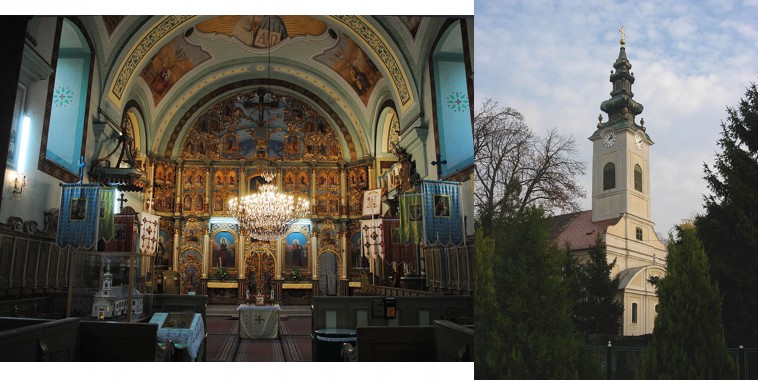 Renovation works of the Greek Catholic cathedral in Ruski Krstur are ongoing, the cathedral will be prolonged – according to the Ruthenpress agency. As the parish priest of St Nicolas church told the agency, the works require some additional financial support. The renovation covers the external part of the church. Previously, the entire costs were not estimated accurately and thus, these days they are bigger. Further lacks appeared that require replacement or reconstruction, as for example doty door or installation of ventilation to vaults where bishops of the local eparchy were buried. Financial support of the renovation works of Greek Catholic cathedral is provided by the parish people, and further donations, such as support from the Serbian country. Because of the current deficiency of necessary fund, the parish applied at appropriate grant institutions in order to be able to finish the complex restoration.

The church was built in 1784 and it was renovated in 18366, evidence for which is the inscription above the north portal. The church in Ruski Krstur is nowadays a centre of the Greek Catholic Apostolic Eparchate of Serbia and the building is acknowledged as a cultural monument of high value. The Cathedral is dedicated to the Church of Translation of Relics of Saint Father Nicolas and it presents classicistic style of sacred architecture. The history of apostolic eparchate dates back to the beginning of the XXth c. when in 2011 pope John Paul II wydzielic sectionalized eparchate in Macedonia out of the eparchy in Krizevci. Then, on 28 August 2013 the Apostolic Eparchate of Serbia and Montenegro (changed in 2013 into Apostolic Eparchate of Serbia). As a town in Vojvodina, Ruski Krstur appears to be not only spiritual place, but also cultural centre of Rusyns in Serbia. The people in the eparchate are Rusyns in a big part. According to the statistics of the Catholic Church, the number of the people in 2014 was a little bit over 22 thousand. The eparchate had 21 priests back then and 21 parishes. From the moment of sectionalizing of the eparchy as a separate administrative entity, the Apostolic Eparch  has been bishop Dura Dzudzar (born in 1954 in a Rusyn village of Dziurdziów in the Bachvanska Rus’.