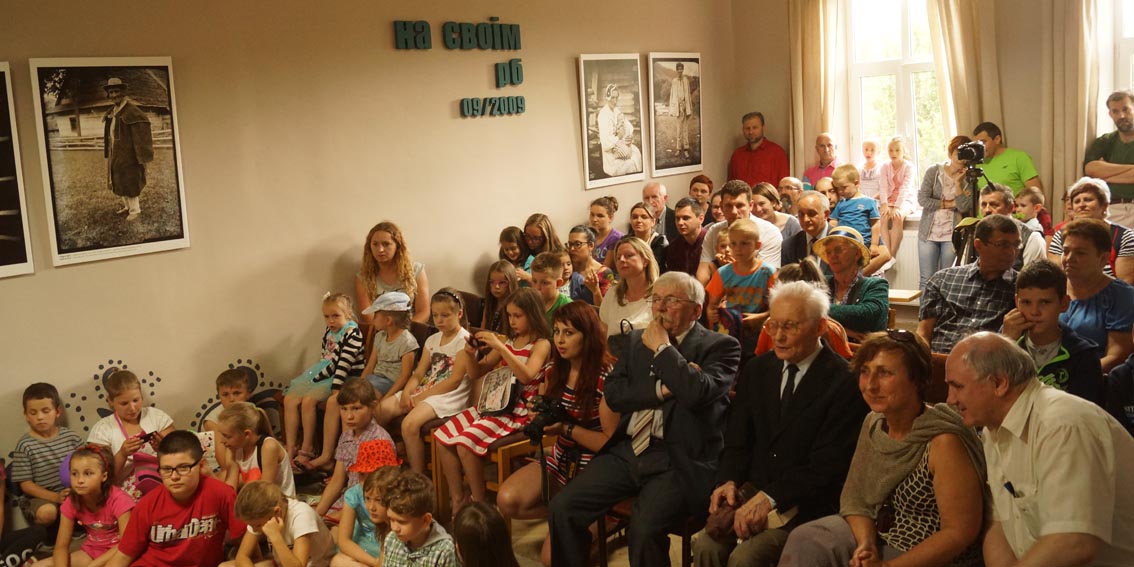 The long-awaited, planned and widely announced picnic of Ruska Bursa successfully took place last Saturday, on 18 June 2016. Quite a lot people came to celebrate and have a good time together – on the occasion of two anniversaries – the 25th anniversary of the reactivation of the Ruska Bursa Association and the 5th anniversary of the founding of LEM.fm radio. We were graced with the presence of persons who did a lot of good for Lemko people.

Among the persons who came to celebrate with us were: the most eminent Lemko composer Jaroslav Trochanovskyi, an honorary member of Ruska Bursa Association, as well as a perennial Lemko activist and poet Paul Stefanovskyi, a perennial leader of ‘Hospodar’ Rusyn Democratic Circle of Lemkos (its office used to be in one of Ruska Bursa’s rooms). Among the guests, there were also the first people of Ruska Bursa – those who had undertaken the effort of reactivation, perennial leaders of the Association – John Kvoka and Bohdan Gambal, the long-time deputy leader Olena Duc-Fajfer, Ph.D., and the leader of the Lemko Association Andryi Kopcha. There were also guests from the other side of the border – Petro Mikula – a starost of Bialowieza village, Rusyn activist, a member of the Rusyn Renaissance Society in Slovakia, as well as an eminent theatre director of the young generation Stano Bilyi. Also, the local authorities of the highest level were present there – Gorlice Mayor Rafal Kukla and the starost of Gorlice County – Karol Gorski. 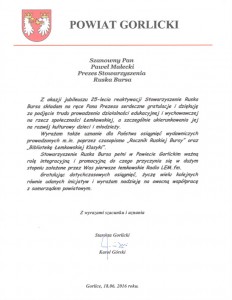 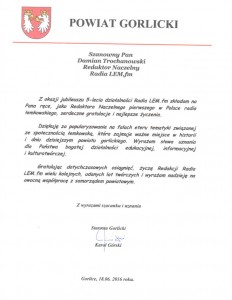 The official part, which started at 4 PM, was preceded by entertainment and educational games for children – the youngest pupils of Ruska Bursa for whom the Lemko Association organizes different events several times a year. The first speech  was given by Paulo Malecki, the current chairman of the Ruska Bursa. He told about the beginnings of the reactivation, about the Association’s tasks back then, the tasks that have been continued until today, as well as new ones. Notwithstanding the fact that the meeting itself was the most important for the organizers, it was nice to have be given some gifts from Ruska Bursa well-wishers, as a credit for the whole work. Peter Mikula, the leader of Rusyn Renaissance Society, donated two big portraits of Rusyn awakeners to the Remembrance Hall – A. Duchnovic and A. Pavlovic. They will have a place by a Lemko teacher – Ivan Rusenko. The Ruska Bursa Library was enriched with some interesting books, albums, a film and even a diploma.

The following part of the event, although planned to be in the fresh air, had to be moved inside. However, short-lived rain scared the participants more than it actually disturbed the event. On one hand, it was a pity the stage was not used until the end, also not everybody could fit in the main room – a lot of people were watching standing in the hall, a near room or even outside. On the other hand, it was good that people gathered inside. It was a good occasion to see a new exhibition: archival photographs of Lemkos from interwar times by Roman Reinfuss, given to Ruska Bursa by the Country Building Museum in Sanok. The large-size pictures of our ancestors found their place in Ruska Bursa for a longer time and they will be remembered by anyone who will take a look at them, for sure. Some of them entertain, some make you laugh, provoke reflections, touch, sometimes sadden – they bring about emotions, these emotions ‘pour out’ from the pictures. You can see there work-worn, tired, but apparently, happy people. Also, you can notice that not all of them were happy to have their picture taken…

Terochka, the ensemble of Ruska Bursa under the direction of Andryi Trochanovsky, was not self-conscious about being photographed, though. The ensemble has already got used to this specific lifestyle. Although not at full strength, they sang with enormous energy and confidence. It was nice of them to invite the present people who have been involved into the ensemble’s activity to singing the last song together. These were Halina and Andryi Malecki, who founded the ensemble and thus, created the basis for the further achievements, Pawel Malecki, Susanna Jara, Miroslav Pelehach and Barbara Duc.

Then, the audience got enchanted with the performance of Susanna Jara. It happens every time she performs for Ruska Bursa audience and apparently, it will not change. Every one of Susanna’s performances is different from the previous one – astonishing sensitivity, with the violin or in perfect harmony with an accompanying keyboard. The last role is invariably performed by Paweł Harańczyk. To tell the truth, many were not satisfied by the performance – it was way too short 🙂

To complete the artistic part of the meeting, the legend of Rusyn song performed – Maria Macoskova. Even if I wanted to write about this, I had been preceded by a  colleague from the editorial board – Bohdan Gambal. He was, much like the other people, impressed by the possibility of watching the performance live – the possibility of hearing the voice that has been in our memory since childhood, when we as children, willingly or not, listened to our baba’s radio. Someone could say it is far-fetched, but how do you explain the standing ovation when the artist only came out on the stage?

Are we supposed to write about the unofficial part? Maybe only that it hardly happens to meet in such a kind and informal atmosphere, among people who do are not under pressure or scowling. Possible? Ruska Bursa proves again that it is. 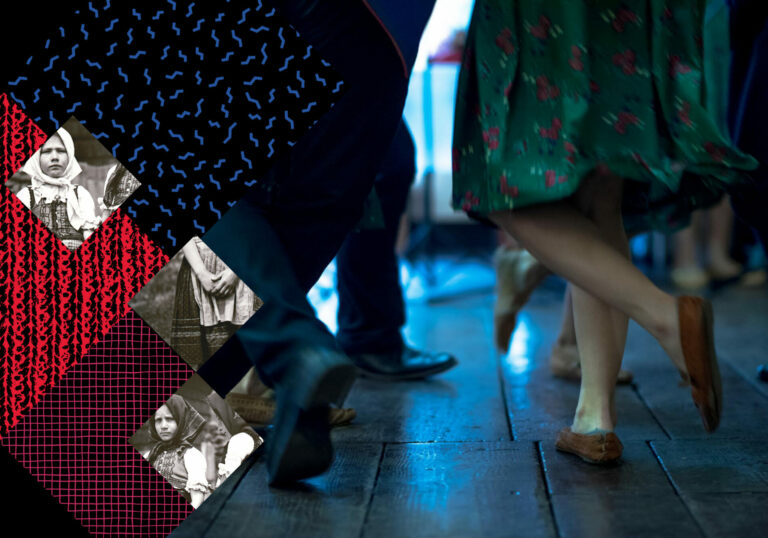