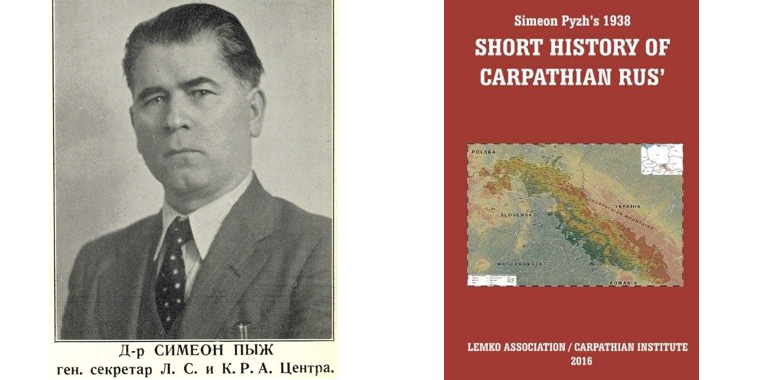 This year Lemko Association from the USA and Carpathian Institute published a reprint of a book by PhD Simeon Pyzh from 1938 – Short history of Carpathian Rus’. This precious publication, printed before the outbreak of the II World War, describes the most important characteristics of Carpathian Rusyns.

Printing the book at the end of the 1930s allowed the author to describe the social, political and ideological life conditions of Rusyns from the period until the outbreak of the war which was the reason for the end of many Rusyn activities, as well as their existence. This was the most visible among Rusyns in Lemkovyna who vanished from the world map as they were resettled in 1947. Pyzh, when writing about the natural environment of Rusyns – the Carpathian Rus’, did not have to improvise – at that time the Carpathian Rus’ functioned in reality unaffected  by politics and Simeon Pyzh himself spent many years in Lemkovyna, in Wapienne village, where he was born. All of this allowed him to observe the contemporaneous life of Rusyns from the perspective of a participant of development of Lemkovyna, as well as Presovian and Subcarpathian Rus’. Apart from the Rusyn territory, in his book he also described political conditions of their life where he presented various ideological currents from the XIX and XXth centuries in the Carpathians. In 1938, the author emphasized the only common among Rusyns language that they used both everyday and in public discourse.

Apart from the authorial writing by Pyzh and his biography, the book, reprint of which was published after 75 years, includes also original writing, printed in 1938. Short history of Carpathian Rus’ published in 2016 was written in English, enabling to understand the topics to a wider audience of Rusyns, mainly from the USA. The book is available for purchase for 20 $ on Lemko Association website. 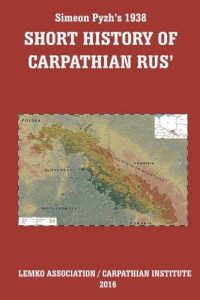 Simeon Pyzh was born on 14 February 1894 in Wapienne (middle Lemkovyna) and he died on 10 June 1954 in the USA. He was one of the biggest activists of our emigration in the USA, a publicist, long-term editor of Lemko magazines and calendars. He spoke several languages, apart from his mother tongue Rusyn, including languages such as Polish, German, Italian, Czech and English. After he finished primary school, Pyzh went to Ruska Bursa in Gorlice that allowed him to get the further level of education. As the Great War came, he was arrested and put in Thalerhof camp because of his beliefs and, already at that times, strong political activity. Austrian authorities sent him later for a military training and Italian front where, among others, he met his friend Michael Nesterak, a poet from Tylicz.

After that, he spent some time in Prague, then at Presovian Rus’, sometimes he visited his mother land of Lemkovyna. In 1922 he got the title of Doctor of Law, then he went to the USA to work there and make some progress in the field of Rusyn. There, he cooperated with Victor Hladyk and Vanio Hunianka (Dmitry Vislocky). At that time, also his strong activity within the Lemko Association began, to which he belonged for a long time as the head, as well. He put a lot of effort to establish the American Carpatho-Rusyn Center in Yonkers. He also contributed to foundation of the Lemko Relief Committee in New York which helped the exiled Lemkos. He was the author of a memorandum to the Polish People’s Republic government. He postulated for allowing Lemkos to return to their home lands, make it possible for their children to learn in Lemko and have religious freedom. He never got the answer – he died on 10 June 1957. 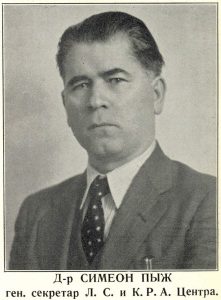