The Society opposed by an Archbishop 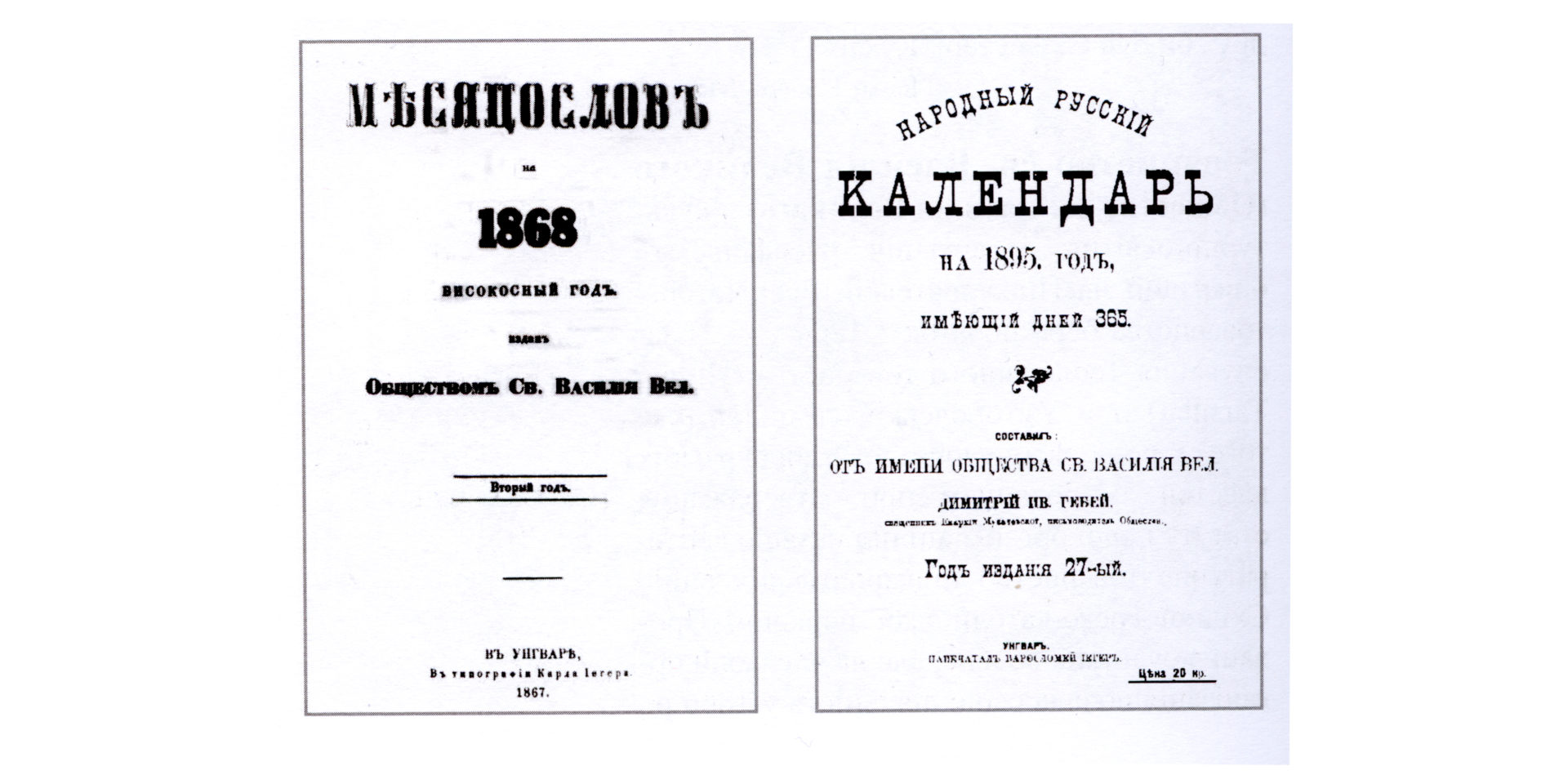 On 1 October, 150 years passed since the foundation of a cultural-educational organization of a Russophile orientation, called the Saint Basil the Great Society. It operated on the territory of Subcarpathian Rus’. The first head of the society was Adolf Dobrjanskyj, at the same time, he was the first representative in the Hungarian Parliament from Upper Hungary/Вышнє Угорьско/Vyshne Uhorsko. He protected the rights of the Hungarian Rusyns and Slovaks.

The society’s history began in 1864, when theTheological Society (Hittani Társulat) was established by the Uzhorod seminary. In the same year, the Society asked the Hapsburg authorities to adopt the statutes of a new organization called Літературне общество підкарпатьскых сынів Восточной ґрекокатолицькой церькви/Literary Society of Subcarpathian Sons of the Eastern Greek Catholic Church. The authorities approved the new society. However, when the society started its activity in 1866, Adolf Dobrjanskyj was one of the heads and he turned it into Saint Basil the Great Society. Because Dobrjanskyj was in touch with Slovak activists, he started to develop the organization according to the structure of Matica slovenská – a Slovak organization. He had close connections with it, as he was the co-founder.  As Dobrjanskyj led the Society, it increased in members up to 350. In 1870, the Society had 700 members.

The Society’s board of directors had their headquarters in Uzhorod. The Society’s goal was to prepare the Rusyn and Hungarian students for schools of Mukachevo and Prešov Greek Catholic Eparchies, as well as to publish religious books and magazines.

In 1867, the Society published the first edition of a magazine dedicated to Rusyns, printed in the Carpathian Rus’ territory, entitled Свѣтъ/The World. In the same year, an annual calendar appeared , entitled Мѣсяцословъ (published 1867-1889). In 1870, the pro-Hungarian Archbishop of Mukachevo, Stefan Pankovic accused The World magazine of having “dangerous tendencies.” From the following year, the magazine was not published any more. It was changed to a new one, entitled Новый Свѣтъ/The New World. Also this one was considered by Archbishop Pankovich to be Russophile-oriented and in 1872 it was changed to Карпатъ/Carpat, published from 1883-1886.

The struggle with the magazines was the first stage of Archbishop Pankovic’s campaign against Russophiles. As a result, in 1871 Dobrjanskyj was dismissed as chairman and was replaced by Ivan Rakovskyj. The changes were made at the time by priests who were faithful to the idea of a Hungarian state. As a result, in 1872 Shandor Nehrebetskyj was “chosen” the head of the Society, as well as the nonsignificant local activist Heorhiy Markush, who did not even speak Rusyn. The Archbishop erased the Society’s fund that was intended to build a National Home (in 1871 there were 5500 guldens in the account), the Society’s building was sold and the money returned to the account. During the Society’s meeting in 1873, a new name for the organization, as well as publishing more books in Hungarian were suggested. This, however never happened and the Saint Basil the Great Society continued to languish, and became passive in the following two decades.

In 1895, the new Archbishop of Mukachevo, Julij Firtsak/Юлій Фірцак initiated the Society’s rebirth. The new generation of pro-Rusyn activists, such as: Jevmenij Sabov/Євменій Сабов, Vasyl Hadzega/Василь Гаджеґа, and Avgustin Voloshyn/Авґустін Волошин became the strength of the organization. In the same year, the Society acquired a print shop in Uzhhorod and resumed publication of the annual calendar. Two years later, Наука/Science, a new Rusyn weekly was published, and in 1898 the first popular primer was published by Mykhailo Vrabel/Михайлo Врабель. In the new political reality of the Kingdom of Hungary, as well as the pro-Hungarian politics that were growing in strength, the Society was publishing materials for the Mukachevo Greek Catholic Eparchy, such as prayer books in Hungarian, and after 1899 it published the magazine Greek Catholic Land/Ґереґ-католікуш семле.

Although the Society turned from Russophile to a pro-Rusyn orientation, the Hungarian authorities always watched its actions with suspicion. Publications in Cyrillic were always considered as a potential source of Pan-Slavic propaganda from the Russian Empire. Because of such realities, in 1902 the organization’s executive committee decided to disband the Society and pass its activities, mainly the print shop, to a newly-founded publisher, Unio/Уніо.