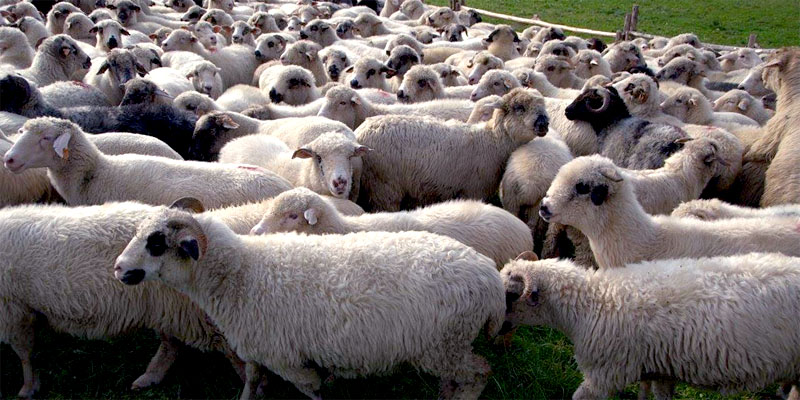 Last Saturday, 24 September, in Lemko village of Oslawica (the borderline between the Lower Beskids and Bieszczady), an autumn event took place On a pastoral route, subsumed under Carpathians Connect events, that are part of the activities that support implementation of the Carpathian Convention’s  provisions.

Redyk – it is a festival about herding flocks of sheep into the mountains, for pasturing (spring redyk) and bringing them back for winter (autumn redyk). The practice used to be common in the Carpathians and many customs accompanied it. Nowadays, it is necessary to remind the contemporary inhabitants of the Carpathians, who not shepherds any more, of it, and to restore it, at least in the form of a demonstrative event. During the autumn Bieszczady Redyk, the participants could take a bite of various types of cheese, visit a cheese farm and eat some local food. There were ethnobotanic workshops organized concerning herbs and other plants that grow on meadows, practical for use. Bow and arrow shooters from Sanok who attended the event presented the classical way of shooting. There were also quiz games, games and workshops for children organized, like making toys out of wool. Sounds of the trembita resonated all the time during the event and, as the final point, the Kapela Drewutnia ensemble performed. 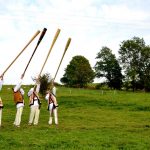 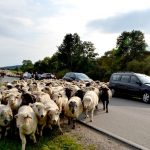 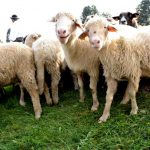 Bieszczady Redyk was realized within a bigger project entitled Carpathians Connect – the mechanism of consultation and cooperation for the implementation of the Carpathian Convention cofinanced by Switzerland. The project is realized in the Lesser Poland and Podkarpackie Voivodeships and it is destined for local governments, local company owners and merchants, as well as for scientific environments and conservationist organizations. Its aim is to save and use the biodiversity of the Carpathians appropriately, supporting the Carpathian Convention’s provisions.

The Carpathian Convention – ratified in Poland in 2006, it is the second biggest agreement on international scale concerning mountain areas. The Convention establishes actions for improving quality of life, strengthening the local economy and local society, as well as saving the natural environment and cultural heritage. Seven countries (Czech Republic, Poland, Romania, Serbia, Slovakia, Ukraine, Hungary) have committed themselves to cooperation, to save biodiversity and the diversity of the Carpathians’ landscape, which includes: spatial planning, appropriate managing of water resources, or promotion of environment-friendly industrial technologies and energy production.

Among the activities that support the implementation of the Carpathian Convention, there are activities to save and promote cultural heritage and national identity, or raising awareness and education of society concerning the Carpathians. The Carpathians Connect project realizes part of the premises by organization of training, workshops and consultations covering implementation of the Carpathian Convention, as well as the establishment of the Carpathian Information Centre. Ecopsychology Association project partners from Kraków work on it, as well as the National Association of Conservation from Warsaw. Furthermore, the project supports the development of Carpathian pasturing by, among others, organization of conferences on pasturing, trainings, redyks, buying and pasturing of sheep, and rebuilding building pastoral infrastructure. It is handled by the Polish Regional Environmental Center and Tatry-Beskid Cooperation of Producers. On the other hand, Zielony Beskid Association from Gorlice (Green Beskid, local tourist organization) handles the strategy for a balance in tourism, touristic inventories, nature attractions and basic tourist infrastructure. It also monitors the development of tourism on the territory of the Lower Beskid and Pogórze. The Association developed this strategy, giving it the name: The Magic Land of Lemkos and Pogórzanie.

More information about the project, future events/workshops/trainings (all of them are free) is available at this link. On the project’s website, some post-conference materials are available for download. for example on the role of pasturing in the Carpathians or on the Magic Land of Lemkos and Pogórzanie. 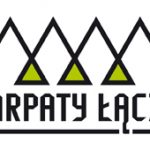