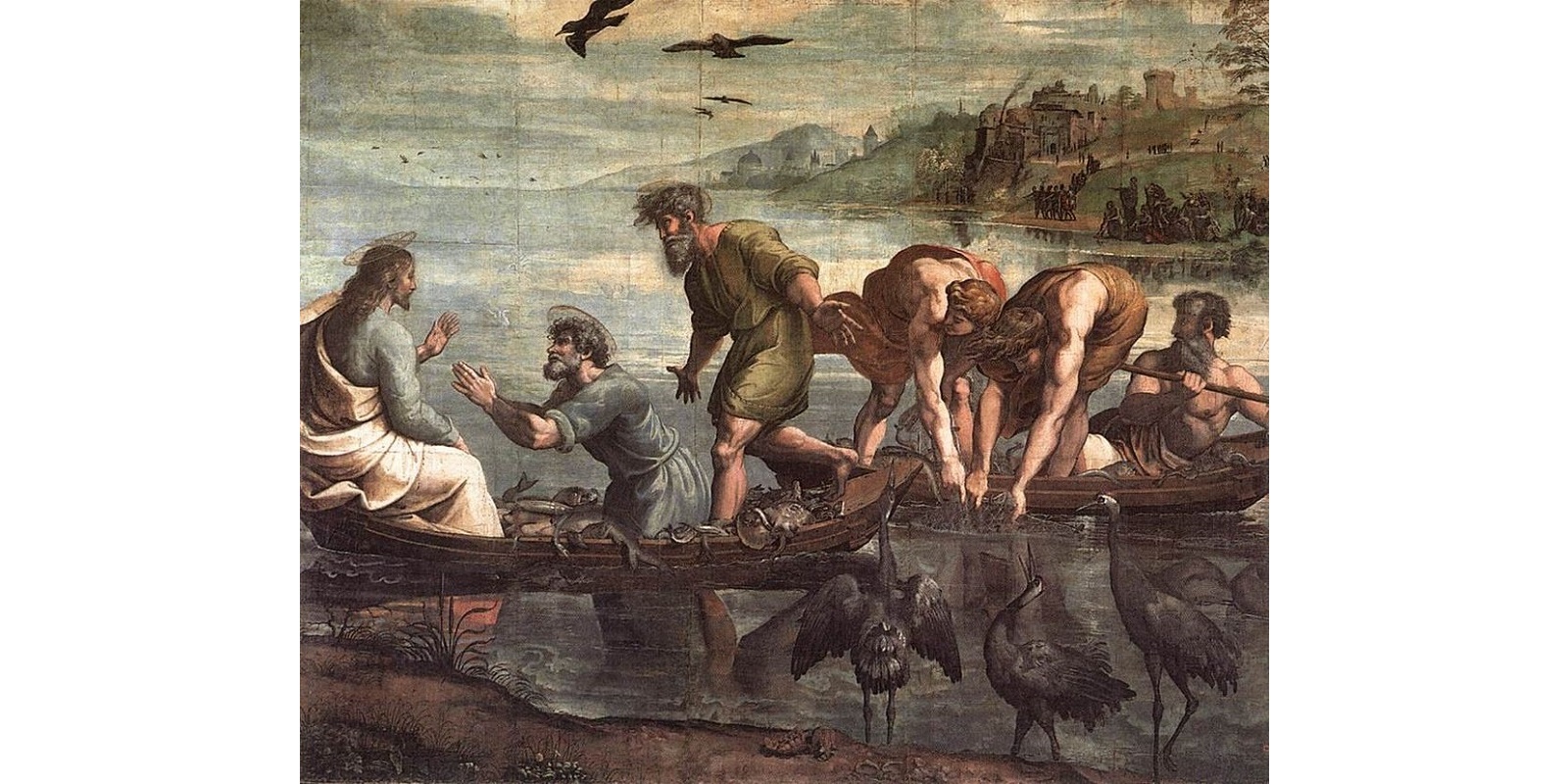 Today’s gospel shows us Jesus walking beside the Sea of Galilee. Many people that were His disciples gathered there. He said to Peter, “Cast the net on the right-hand side of the boat and you will find a catch.” Peter responded that he, together with the others, has been trying for the whole night and they caught nothing. “But I will do as you say.” So they cast, and then they were not able to haul it in because of the great number of fish. The word teaches as to believe what the Lord says, in defiance of the pressure of the world. Peter, as a fisherman, could have reject Jesus – you are a Teacher, but you have nothing to do with fishing. But he followed the advice. He believed the word of Jesus more than his own abilities. And us, if we believe the word of the Lord, pursue it in our lives, we will not only listen to it, it will be vivid, we will not be mendacious, even in this life. We will have the confidence that we fulfill God’s will and we are blessed by Him. And that we will be given eternal life. When we have to leave this world, He will tell us: Do not fear for you are with me, in eternal praise and joy. How joyful and sweet these words will be for us! Lord be praised!