They remembered the Dukla Pass Victims 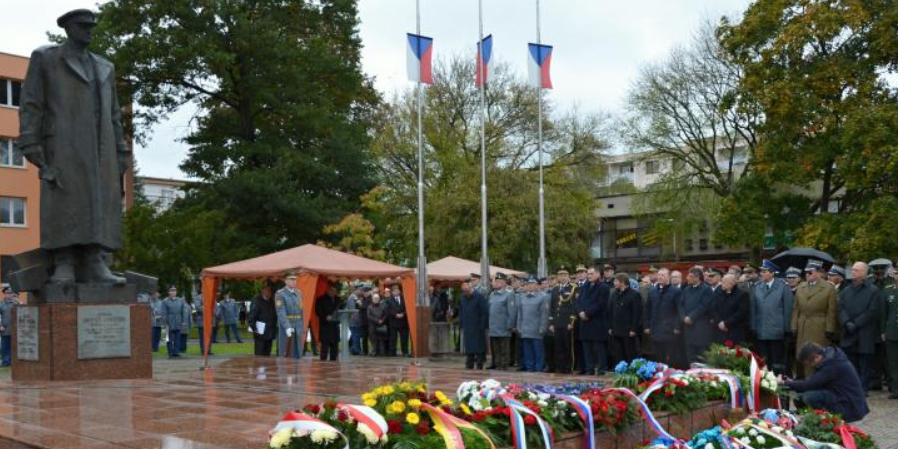 The 6th of October is a red-letter day in the Slovak Republic. It is marked in calendar as the Day of Dukla Pass Victims. It is celebrated near the Memorial of Czechoslovak soldiers in Dukla, near the Slovak-Polish border in the Svidnik District.

The battle at strategic geodetic point 534 took place there, the main place of German defense, to the north of Dukla. The historical event is known as Carpathian-Dukla Operation. The battle resulted in many victims; two thousand Czechoslovak soldiers died there.

On Thursday, 6 October, in Svidnik and Dukla, the 72nd anniversary of the Carpathian-Dukla Operation was celebrated, the largest mountain battle of the Second World War on the eastern front.

The battle’s victims, as the official website of Svidnik reports, were commemorated on this day by: Robert Fico (the Prime Minister of Slovakia), Peter Gajdos (Minister of Defence of the Slovak Republic), Milan Maxim (Lieutenant General), a delegation from the Czech Republic under the command of the Deputy Minister of Defense of the Czech Republic Tomas Kuchta, representatives of the state’s affairs, representatives of the Prešov District and Svidnik town, the Slovak Union of Anti-Fascist Fighters, the main participants of the battle, as well as the locals.

Among the speakers were the Prime Minister of Slovakia Robert Fico, as well as the Minister of Defence Peter Gajdos. Both of them expressed their hopes that the young generation will commemorate such places and realize how hard it was to obtain freedom, and how many people’s lives and blood were sacrificed.

Further, the celebrations were continued in Svidnik, near the Czechoslovak General, Ludvík Svoboda’s memorial. There, the Mayor of Svidnik, Jan Holodniak, spoke. He was given a medal of the third class by the Minister of Defense. The celebrations ended near the Soviet Army Memorial in Svidnik.

The Carpathian-Dukla Operation entered into the history as the biggest and bloodiest battle on the eastern front, in the Slovakia region. Soldiers of both the Red Army and the Czechoslovak Army Corps under the command of General Svoboda fought there. Within the Svoboda’s Army, the second biggest nation after Czechs were Rusyns, who sacrificed their lives for the liberation and rebirth of Czechoslovakia. The Carpathian-Dukla  Operation’s aim was to connect the rebellious forces of the Slovak National Uprising (partisans) with the Soviet Armies. However, it was met with a German counterattack in difficult conditions. The Operation took place from 8 September to 28 October 1944. Apart from the two thousand  Czechoslovak soldiers, twenty one thousand soldiers of the Red Army died. The territories in which the most bloody battles took place are known today as Death Valley (Údolie smrti).