To believe and to lose 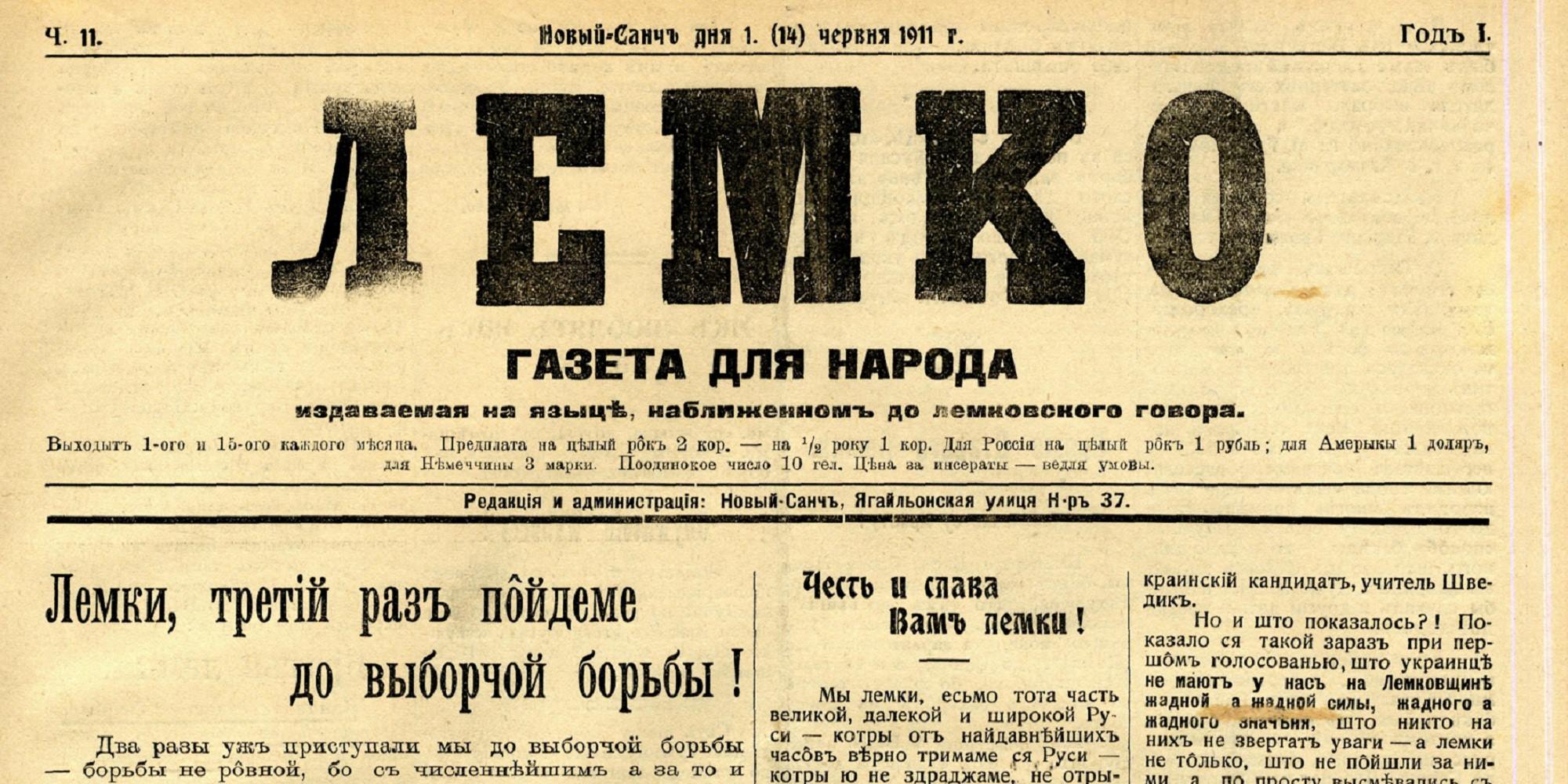 When we look into old issues of Rusyn magazines in archives, there is one interesting thing that we can observe. On the territory of Lemkovyna, already in pre-war times, on the other territories of the Carpathian region it is visible in inter-war and war periods. In many cases our periodicals were written not only in “iazychie“, the articles were also published in everyday language. The language that people actually used.

The interesting thing about looking through the archives of old Rusyn newspapers is that, although Rusyn language was not codified back then and it was not official, the people who were creating those magazines must have had a strong belief that it was our language. The language that we not only could, but also should use in written form, although there were many supporters of Carpatho-Rusyn language back then in the interwar period and during the Second World War. Also, in our Rusyn schools the language was hardly used during religion lessons or other “non-academic” subjects. People knew that our children should study in our language. I believe it must have been caused by a kind of pride at least, or something of this kind that made them think in that way.

Ukrainization of Rusyn-Carpathian region that lasted more than fourty years, of the region that was divided in between several nations, had its effects. In Ukraine, it was unfortunately assimilation of young generations with the Ukrainians, in Poland – with the Polish, in Slovakia – with the Slovakians. Finally, at the end of 1980s, a change occured. We started to develop the Rusyn movement on our home-national stages, as well as on the international stage. To date, apart from Ukraine where we officially do not “exist“, our population has been growing in the Carpatho-Rusyn region. The people have started to recognize their identity and language.  The Rusyn movement has succeeded to attract people, providing them with pride of their origins. However, there is one important thing about the pride that is defective in the case of some people.

Not a long time ago, in one of the Slovak periodicals there was news published that Vyshnii Myroshiv village was visited by Justice Minister Luciya Zhytnyanska, Abel Ravas authorized by Romany committees, and a Secretary of Minister of Education Petro Kraynyak. There is a small school in the village and, as in the case of almost all such schools in Slovakia, its functioning is problematic. Kraynak promised to help financially and asked the district head if they would like the school to be Rusyn, if it is located in a Rusyn village. The district head and a headteacher agreed that it was not a bad idea. This way, we may (“may” has to be strongly emphasized) have another Rusyn school in Slovakia.

The news, that is positive itself, gives a negative picture of the Rusyn society. Why does Rusyn “missionary“, who is a temporary Secretary of Minister of Education, have to come and ask people if they would like to have a Rusyn school, for the school managing people just to respond that it was not a bad idea? Why don’t the people think about it themselves? And why don’t our parents think that maybe children should study in their mother tongue, if we proudly call ourselves Rusyns? Why don’t they have the need to expect this for their children?

One of the Ukrainization methods was a continuous reminding to our people that our language was only a “dialect” that we could use at home talking to ourselves,  and the language of literature is Ukrainian. I can say that people of the Presov area never recognized the language as their own, they never believed  Ukrainian to be their language. They either assimilated with the Slovakians, or became Rusyns. Hence, where are the Slovak Ukrainians nowadays? I have the impression that although Rusyns did not believe that Ukrainian is their language, they believed the lie that their Rusyn language is only appropriate to talk to themselves. In their area. It is not suitable to speak Rusyn in the street. In this way, one important element of the Rusyn pride was lost – the pride of the language, the need to read in this language, to study it, to teach children and privide them with education in their mother tongue.

Nowadays we can often see a sad picture of us. To improve the picture, three things are needed. Firstly, we have to believe again. But nowadays we have to believe in what our ancestors believed: that our language, as the other languages in the world, is worth writing in it, studying, that it is not only a vernacular. Secondly, we have to lose again. But nowadays we have to lose belief in what we were being told by the Ukrainizators for ages. Thirdly, until we overcome this, we need “missionaries” in our villages such as Petro Kraynyak, that would pay attention to that. It is worthy considering by our organizations.