Way of the Cross – from Lemkovyna to the West lands 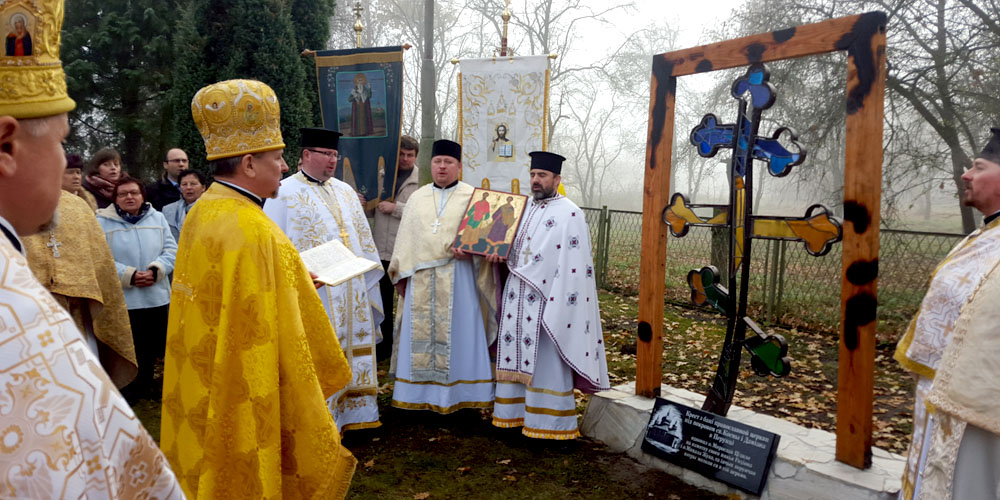 14 November 2016 was the day of Saints Cosmas and Damian in an Orthodox church in Studzionki – the church’s patrons. The festival was attended by invited priests from Lubin and Zielona Góra deaneries, representatives of Catholic church, of the local authorities and other institutions. The mass was attended by members of Studzionki parish, as well as the neighbouring parishes.

The festival day was even more unique, as a cross was blessed for the second time. The cross is one of the three that surmounted the dome of a non-existent Orthodox church in Piorunka. This Lemko village is located in Krynica region and the church was built at the times of our ancestors’ returning to Orthodoxy. Unfortunately, after the shameful Vistula Operation, the church was taken to pieces and the damaged, broken cross – thrown by a fence. Recently, it was found by a historian, a genealogist, expert on the wooden architecture of Lemkovyna – Damian Nowak. After some talks with the local Catholic priest, the cross was moved to the Ruska Bursa Association office.

This is where I saw it. I asked the Association’s members to pass the cross to me. And so it happened. The cross was blasted, galvanized and painted the same colour as the church on which it had been set. Then, a new stained glass was made to it in the colour of the worn Lemko flag. The first idea was to put the cross in a place where it was located originally, on the square where the church used to stand. Unfortunately, although the mayor of Krynica, as well as the local priest of Piorunka supported the initiative, the village’s inhabitants did not agree for the Rusyn cross. Unfortunately, our ancestors could not and they still cannot (no one has cancelled the decree although it is not applied) return to the villages which used to belong to Kraków Voivodeship at the time of the Vistula Operation. However, God set priest Sławomir Sorokanycz on my way at that time. He is an Orthodox priest from Studzionki, where the biggest number of the former Piorunka inhabitants has been living to this day. We decided to set the cross next to the church of Saints Cosmas and Damian in Studzionki.

After many years, the cross arrived in our place, on the Western lands. Leaned, it nestled to out lot, to our hearts. And it evoked many memories in the old inhabitants of the village: their lost mountains, fields, village and dear church. The cross was set in a place where it is welcomed, respected and where it reminds of the tragedy of the Vistula Operation. It is bound with blackened frames of Beskid fir and it is calling: I have survived, Orthodoxy survived, Lemkos survived… 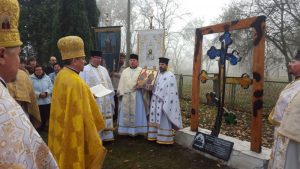 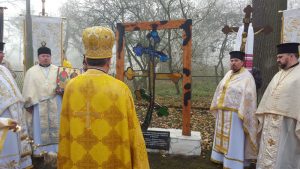 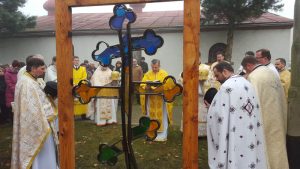 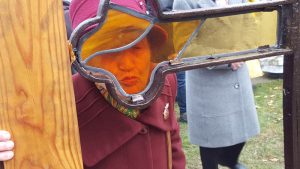 We wrote about the event of passing the cross by Ruska Bursa Association to priest Mirosław Cidyło here (red.)