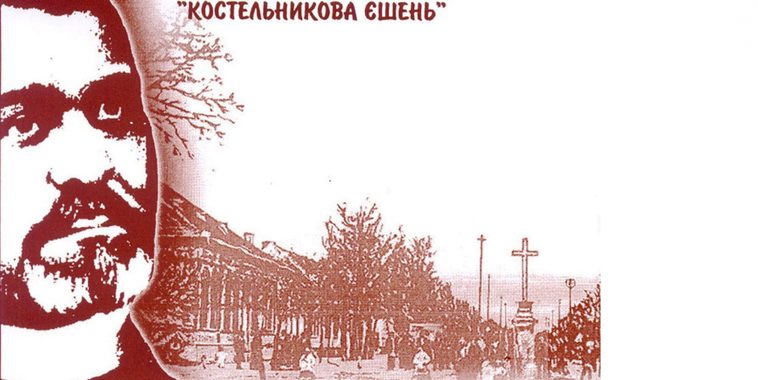 This year’s Kostelnik Autumn is slowly coming. The Vojvodina cultural festival will be going on for a week, from 18-26 November 2016 and it will take place in several locations where Rusyns live. It will take place (chronologically) in: Ruski Krstur, Kula, Dziurdziów and Kocur. This was the decision of the Organizational Committee of the Kostelnik Autumn that met on 1 November 2016 in the Ruski Krstur’s Cultural Centre. This year’s programme of the event will be realized among others in the cooperation with the Krstur’s middle school of Peter Kuzmiak, as well as the board of the Рускє Слово (Rusyn Word). The 23th edition of the event will be dedicated to the 130th anniversary of Havryil Kostelnik’s birthday.

As it was last year, this year’s event will start in the middle school. There, promotion of new publications will take place – publications for children, published by the Rusyn Word. The students will prepare a historical exhibition for this day. On the same day, 18th November, in Червена Ружа (Red Rose) restaurant, Ruski Krstur, further book promotion will take place, as well as opening of an exhibition entitled Приватний жывот Русинів (Private life of Rusyns) by Sasha Sabadosha and an organization of the Vojvodina Rusyns Culture. Presentation of all Rusyn Word publications from this year is planned to take place in the presence of the authors and critics.

The second day (19.11) of the event will take place in Kula, where, traditionally, a meeting of reciters from Vojvodina will take place, and the following day – a promotion of some new books will take place in Dziurdziów. For Tuesday (22.11) and Thursday (24.11), events in Kocur are planned.  The first of them is organized in cooperation with the Cultural Centre, an Одняте од забуца Ethnoclub , as well as the local affiliation of the Rusyn Mother. It will be a presentation entitled the 70th anniversary of colonization, then a literature and musical evening. Thursday in Kocur will be spent on presentation of new publications for Rusyn children.  The last day of the festival will take place in Ruski Krstur. Apart from a photography exhibiton and other activities, during the musical part, books will be presented by Tanita Khodak and Sasha Palinkash.