“A short outline of everything” back in Wrocław. It will be played at the Theatre Olympics 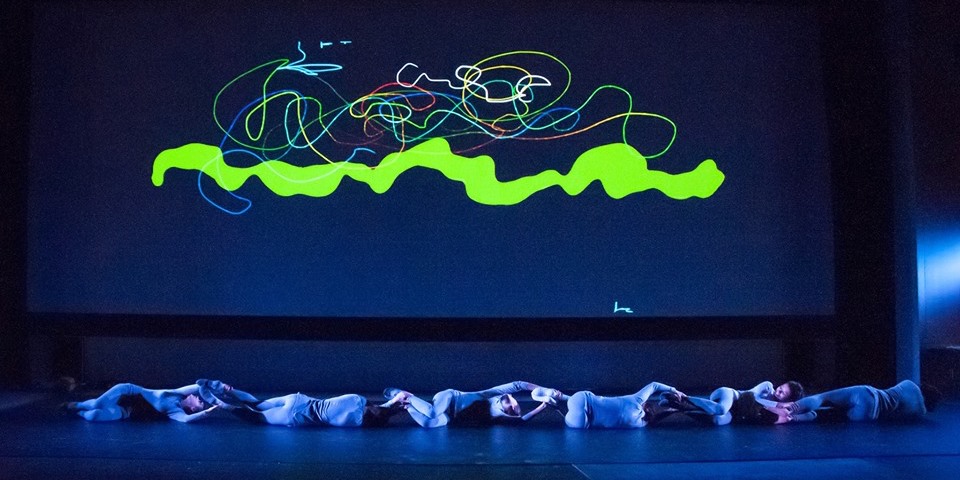 The play directed by a Lemko – Teo Dumski – was not missed at the premiere, nor several other events. “A Short Outline of Everything” is going to succeed in the future, this time at professional theatre festivals. On 18 October 2016, from 9PM the play will be performed at the Theatre Olympics in Wrocław, at the New Horizons Cinema, within the Lower Silesian Theatre Platform. We can safely say that the performance is getting back to Wrocław – at the moment the whole group involved is travelling within the October Tour, visiting among others Kwidzyn, Warsaw and Budapest.

“A Short Outline of Everything” is a play which somehow concerns the Lemko world, too, as it is universal and may be applied to any world. With the use of innovative technologies, the play tells a historical vision of the world, beginning with its creation, until the end. It is historical, as modern technology is used to show it, but no words are used. It is quite a brave attempt at interpreting events and showing the social processes that affect our lives. The lives of Lemkos, as well. We are also involved in various processes that constitute the beginnings and the ends of anything. The second Lemko element in the play is visible in what was mentioned at the beginning. The director of the play is a Lemko – Teo Dumski, whose real name is Vladimir Chomiak. He is a professional, a graduate of the Ludwik Solski National Theatre High School in Wrocław. Before he started his career as a director, Chomiak was active in the Lemko Association environment, among others as a host of Lemko Vatras in Exile, Michałów (at one of them he presented his film Был єм гев/ I have been here that showed an artistic vision of searching for identity by a young man who gets to know he is Lemko). He also played Mykhal Kostyak in the fictional film by Andrij Kopcha, Акция Вісла ч. І (Vistula Operation, Part I).

Tomorrow (11.10) “A short outline of everything” will be also available at the “Puppet is a human too” festival that takes place in Warsaw. More information in the link.