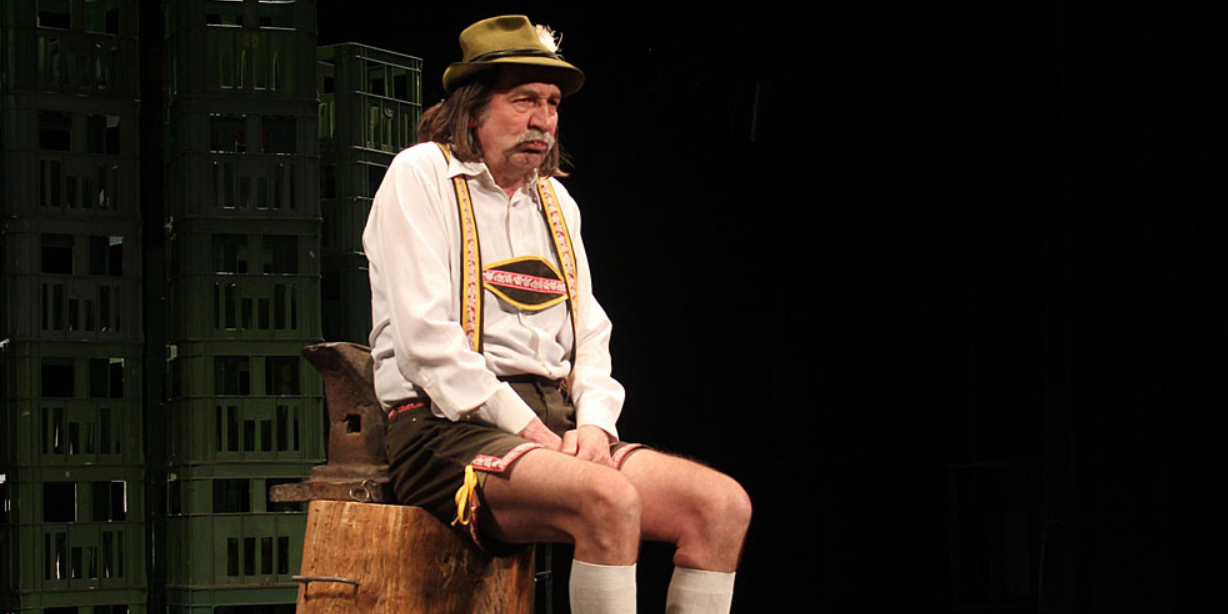 Story about a just king and his three daughters. A story that includes everything – arguments, songs, a big wedding and happy ending, it will interest both children and adults.

A play by Serbian author Milosh Nikolich is an absurd, sometimes sour comedy that introduces to us a smith’s district, somewhere in Nimetsk. Tens years after the war, three smiths meet there.They are former soldiers, the paths of whom crossed thanks to the service to the home country. Each of them secured their children and their followers. However, after several years, the reality led them to hopelessness and they happened to meet each other. But is there anyone who still needs a smith and their smithy? Many misteries await you.

“Demons have come out of a man and they went into pigs. A whole herd went to the lake and they drowned. And the people were watching. They came to Jesus and they found the man of whom the demons came out. He was sitting by Jesus’s feet, dressed and commonsensible. And they got scared.” (Gospel of St. Luke)

Demons are the example of the young’s defiance – a secret society of anarchists who, in a small provincial royal town, will be calling for a social revolt and as a result, will cause bloody battles. “The audience will witness the story of the society and the scenic analysis of still relevant mechanisms of struggle for the change of regime which is caused by frustration of the whole generation. The Slovak Republic, as well as the whole Europe, has been in a particular situation these days. Different crisis, political instability, social divisions, helplessness and fear do not do good for those who make simple, but oaften destructive decisions on a daily basis. In the Demons romance, Dostoyevsky, vaticinated the dreadfullness of Russian revolts and the eras of Stalinism. We hope that his visions will not concern us and our era.

Korchma with the green roof (Slovak rapsody in Rusyn) (The Big Stage, 9.45AM)

The play shows a big economic crisis in the 1930s, it raises the themes that are still relevant – unemployment, emigration or bad quality of interpersonal relations in the society which shall constitute human salvation. Nowadays, the play’s themes may be even more relevant than at the times of its creation. The play also gives hope for a better life, faith in positive values that a man can preach, it motivates a man to be active in life, to be the one who manages it. From this point of view, the play resembles a drama by Gorki entitled “Na dnie.”

Korchma with the green roof (Slovak rapsody in Rusyn) (The Big Stage, 10.30AM)