“Behind that mountain” with Angelus? 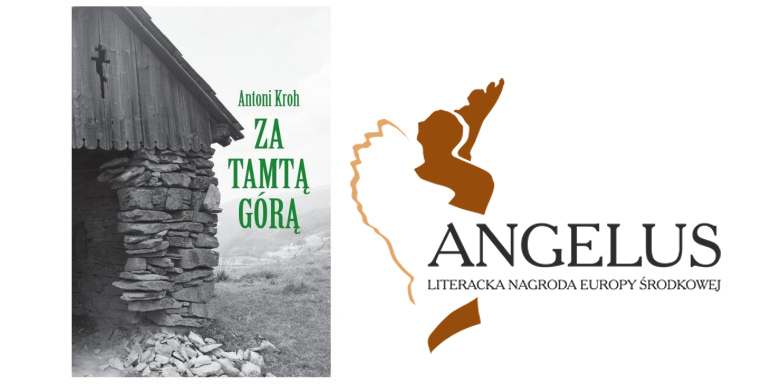 In autumn this year for the twelfth time the Central European Literature Award ANGELUS will be granted. Among the 66 books, one book dedicated to Lemko theme was included – it is a book by Antoni Kroh entitled Behind that mountain. Lemko recollections.

The aim of the competition is to promote authors that raise the topics crucial for today’s world, evoke reflections, expand the knowledge on the world of different cultures. A perfect example here is a book published by the Iskry publisher – Behind that mountain. Lemko recollections by Antoni Kroh.

On one side, lack of borders in Europe and free moving of people, as well as open and accessible world (thanks to the permanent access to the Internet) lead to creation of one global place where the differences between societies blur. On the other side – much is done to protect cultural individuality of particular nations and ethnic groups. The recent publication of A. Kroh raises the issue of Lemko minority – the nation that for years has been the example of multiculturality and diversity in the Polish state or the Austrian-Hungarian imperium. Then there was the time of shameful part of history for Poland when the diversity got damaged – resettlements, enslavement in the Jaworzno camp. In the book you can read about those who made it to return from the exile, about getting used to unfriendly realities of communist National Republic of Poland. The book says also how they tried to organize social-cultural life of the hurt nation anew – the first concerts of Lemkovyna, Lemko vatras. The book is about protection of what is the most precious for Lemkos. The book, written in acceessible language, allows a Polish reader to get to know about Lemkos’ attachment to their culture, tradition, language. Everything is written from the perspective of someone from the outside, but actually the closest neighbour – a Polish man. You can get to know how Lemkos themselves reacted to foreigners’ interest in ther culture.

Whether the Behind that mountain book will be awarded, we will get to know in October this year. Firstly, a 9-person jury will distinguish 14 books out of the 66 ones that have been qualified, the 14 ones will get to the second level and then 7 will be chosen out of them that will be nominated to the Award.

In 2015 among the books qualified to the competition a book translated to Polish was included – entitled Karpatia by Marosh Krayniak – a Rusyn writer from Slovakia. More you can read in the archival article on our website.

Promotion of the book by A. Kroh Behind that mountain took place in Ruska Bursa, it is also available for borrowing in the Bursa library.