Beneath the Carpathians – not easy, hard… 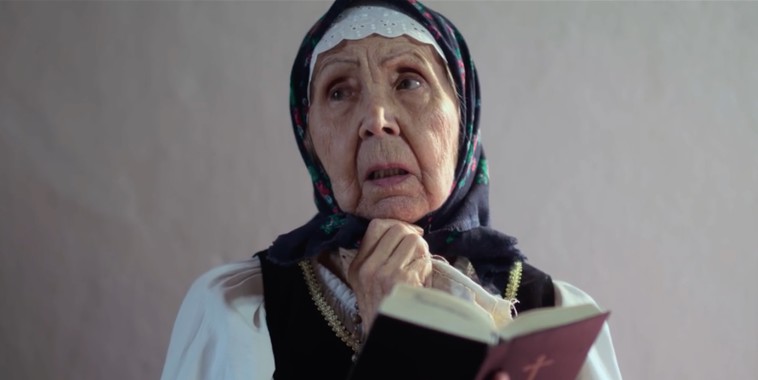 One of the basics of the contemporary Rusyn culture is authorial work that is constantly developing new trends and showing the malcontents it is no so bad with them. Today probably the whole Carpathian Rus’ can see the possibility of creating the new and original. When it comes to Lemkoyna, the need to create new factors of Rusyn culture was for the first time shown on a broader scale by the Ruska Bursa Association which in November 2015 organized the I Festival of Lemko Authorial Art “Young Lemkovyna.” The event turned out to be the first such a big manifestation of original art of people that want to create in their mother language and the festival itself was not a principial drinking of beer and thinking that everybody knows what we are used to at other festivals and small festivals.

The level of contemporary art is very high at the Presovian Rus’ where apart from the fact that there are professional institutions as the Alexander Duchnovic Theatre in Presov or the Subduklan Umelec Ensemble, activities such as creating poetry, music, literature – are handled by private persons, real patriots.mOne of the people that are known in the Presovian Rus’ for thinking of the contemporary culture of Rusyns is Lyudmila Shandalova , a writer and activist that deals with writing texts mainly for children. On lem.fm website we have informed several times on successfully published positions by Shandalova, for example a book with poems for children enitled Come, children, I will tell you something and a book of short stories The Red shore. The author writes scenarios for a school theatre that performs at the Presovian Rus’. Last year at the Rusyn Festival in Svidnik there was a play to which scenario was written by the author, a play entitled A girl and a beggar and a year earlier at the same festival a theatre play was presented for the youngest, entitled Vi-fintena princezna.

The first poem by Shandalova to which music was composed by Osif Keso Keselica, was the famous song Karpaty, Karpaty. The individual processing of the authorial patrotic song at the end of March this year was provided by theRUSÍN ČENDEŠ ORCHESTRA ensemble who created a music video for this. The song was presented for the first time 5 years ago when the conductor Nadezhda Sicakova and the lead of the Folk Ensemble Makovica organized an orchestra that sang the authorial piece of Shandalova. Below you can see the film that shows the process of recording the song (the poem’s author is visible in the 6:42 minute of the film; naxt to her – her husband Vladimir Shandala and author of the music – Osif Keso Keselica).

This time the artists from RUSÍN ČENDEŠ ORCHESTRA ensemble produced a music video that according to them is to show the main idea of the poem’s content. You can see there Soviet soldiers among whom there is one young Rusyn man that was taken to the army to fight for his and not his freedom. The topic is well-known in Lemkovyna, as at the time of the II WW young Lemko men were voluntarily taken to the Red Army, creating in this way a myth of volunteers (about Lemkos fighting during the II WW you can read in a book entitled Lemkos in the fight for their and not their freedom, by Adam Barna and Fedor Gocz).

In 2015 Lyudmila Shandalova was awarded with a prize of Alexander Duchnovic within Rusyn literature for the book mentioned above, entitled Come, children, I will tell you something. The author is a head of the tota agentura association that is the publisher of literature for Rusyn children.

phot. screen from the music video by RUSÍN ČENDEŠ ORCHESTRA