Cemeteries of the I World War – photography exhibition 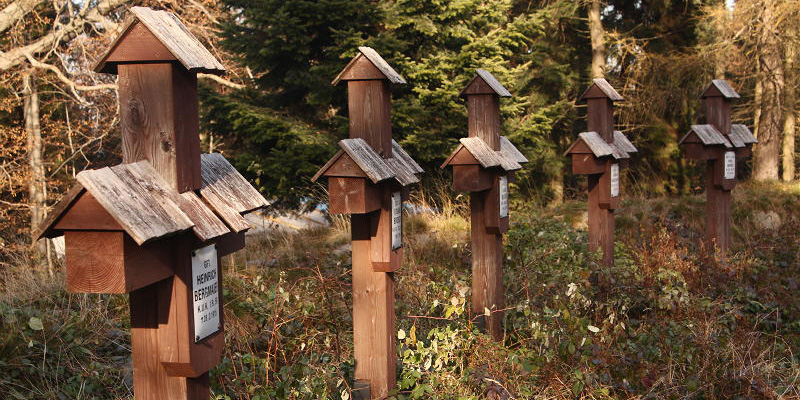 The following photographers will present their works: Jacek Kosiba, Kazimierz Stec and Barbara Zasowska. The first of them, Jacek Kosiba, has been dealing with photography since 1956. He is a professional. In 1978 he got the title of instructor of photography of the II category which was given to him by the Ministry of Culture and Art. Since 1963, he has been a member of the Gorlice Photography Association, since 1978, of the Nowy Sącz Association.He participated in many exhibitions, mainly in Poland, his photographies were awarded. The second person, pictures by whom will present the cemeteries of the I World War, is a photographer from Jasło – Kazimierz Stec. He has been dealing with photography as an amateur for a couple of years. He documents cemeteries from the I World War that are located within the Western Galicia, as well as old Lemko cemeteries, also Jewish cemeteries. Apart from that, he also likes to take pictures of wooden architecture, mainly churches, sometimes the nature. Barbara Zasowska, the last one of the three, is a Gorlice inhabitant who has many interests. She is a photographer, she carves, paints. She is the author of several individual exhibitions, she has taken part in many group exhibitions. She got interested in the topic of the I World War cemeteries during a location event held by a world-famous photographer Bogdan Konopka in 2013.

Cemeteries of the I World War are not only places of the soldiers’ eternal rest. Each of the cemeteries is a masterpiece. They were designed by eminent authors – architects, painters and carvers. They are the evidence for courage and sacrifice of thousands of victims of the Great War, regardless of the army to which they belonged. Soldiers of Austrian and Russian armies were buried at one cemetery, they were recruits of various nationalities, inhabitants of the big Europe. In the Lower Beskid there are two (out of eleven) cemetery precincts that in 1915-1918 covered the whole Western Galicia. They had remained forgotten for ages, they were crumbling, but now they are being renovated step by step. Thanks to that, many of them have been already saved and restored to the historical landscape of the South-Eastern Poland.

The varnishing day will take place on 18.11 in the Castle in Szymbark, start at 6PM.