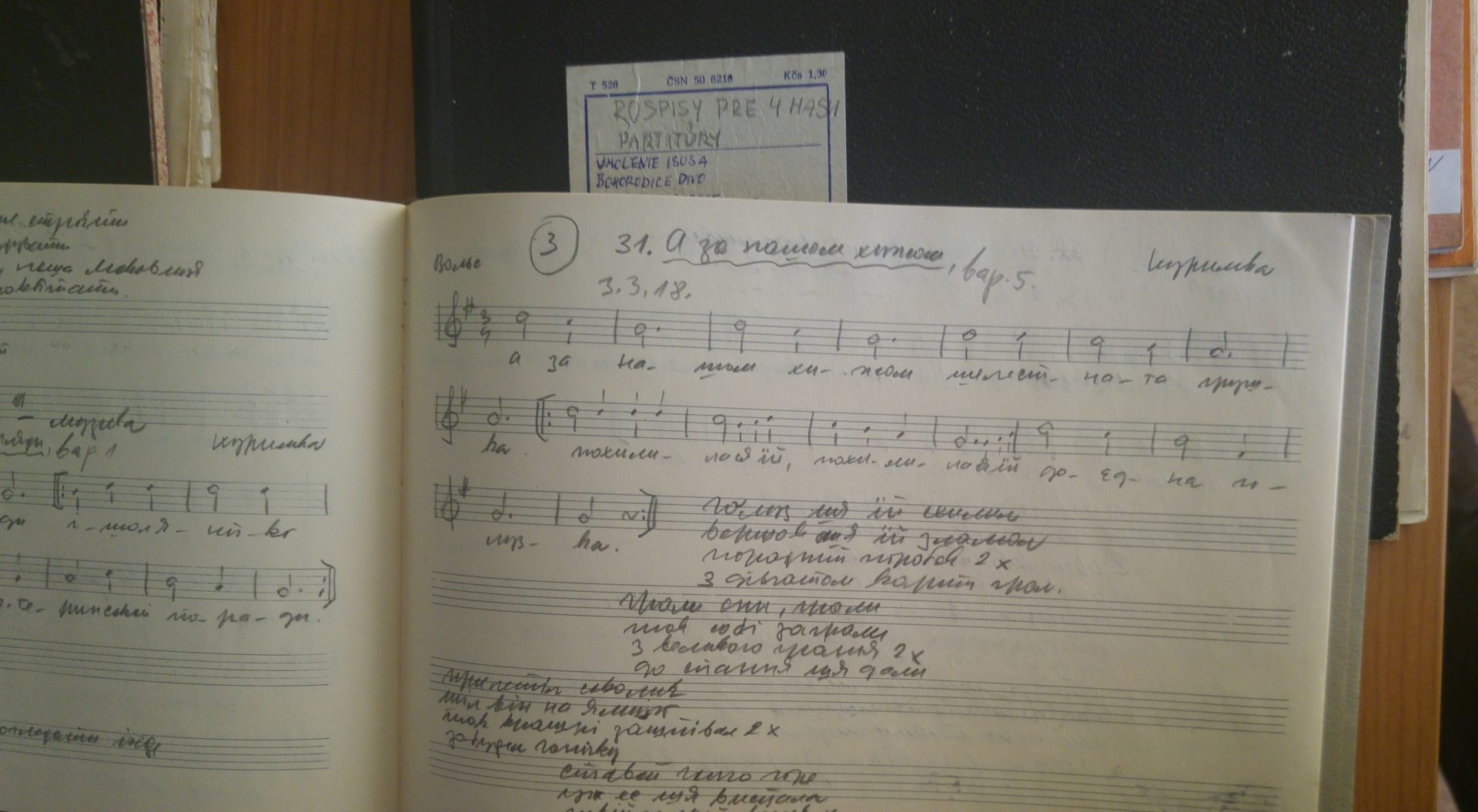 On 27 September 2016, in the Dukla Library in Svidnik, a book promotion took place. The book was dedicated to an eminent Rusyn composer, conductor and gatherer of the folklore of Prešov region – Iurii Tsymbora. The participants of the event were greeted by: The director of the Dukla Library Kamil Benko, the Mayor of Svidnik  Ján Holodňák, as well as the head of the Rusyn Renaissance Society in Svidnik (Rusyn Obroda) – Miloš Stronček (the publisher of the book).

The author of the «Юрко Цимбора” (“Iurii Tsymbora”) book is an ethnographer, cultural and social activist – Janko Kaliniak. Apart from the numerous guests, including the artist – the poet and composer’s family was present at the meeting. Among them, Tania Tsymborova – his daughter, who came from Germany.

The monograph’s author, Janko Kaliniak, briefly presented life and artistic career of Iurii Tsymbora. He emphasized his connection with the Svidnik region and Rusyns. He also explained the reasons for which the artist, apart from Rusyn songs, had to create for a long time also Ukrainian, pro-communist songs and music programmes. The programmes showed foreign songs and content imported from Ukraine that Dukla Artistic Folk Ensemble/Піддукляньскій Умелецкій Народний Ансамбль was made to perform. The book promotion was combined with an exhibition of books and manuscripts from the collection of the Svidnik library. On one of the tables, tens of notebooks with records were presented. The records by Iurii Tsymbora were songs lyrics saved by him in numerous Rusyn villages of the Prešov Rus’. During the lecture’s breaks, the composer’s music and songs were performed by members of Makovica/Маковця ensemble, as well as by the book author’s granddaughter – Karolinka Kaliniakova.

Iurii Tsymbora is not only an eminent musician, he also wrote the lyrics for his songs himself, and wrote poems. During the promotion, one of his poems, not published so far, written in Russian, entitled To those who do not participate in the battle/Неучаствующим в бою, was read out by Maria Labikova.

As a folklorist, Tsymbora gathered almost one thousand folk songs and published the records in the collection entitled: “Ukrainian folk songs of Eastern Slovakia, volume II”/«Українські народні пісні Східної Словаччини, том II». They were printed out in collections, published by KSUT/КСУТ – thea Ukrainian literary organization, in Dukla almanac, in the periodical Forward together/Дружно вперед, in the newspaper New life/Нове життя. The biggest part of his musical repertoire was written in the 1950s.

He wrote an operetta in three parts, with a Russian title – Рождение жизни/The birth of life (1947). In 1969 he altered it to Ukrainian:  Незабутня весна з музыком і танцями/Unforgettable spring with music and dance. He also composed an instrumental Рапсодія /Rhapsody for the festival in Svidnik, 1976.

The inspiration for many new melodies by Iurii Tsymbora were folk prayers. He often used folk lyrics, but he also wrote his own. His authorial work was published as a collection of songs, entitled Заспівайме собі двома голосами and в Мельодиях серця/ Let us sing in two voices and in the Melodies of our hearts.

In the 1980s, in Prešov, he composed also regional and religious songs, melodies for Easter and Christmas liturgy, Marian and Lenten songs. He recorded almost 100 of them and they have not been published yet. Because of the ideological pressure of the communist times, he composed the melodies for church choir anonymously. 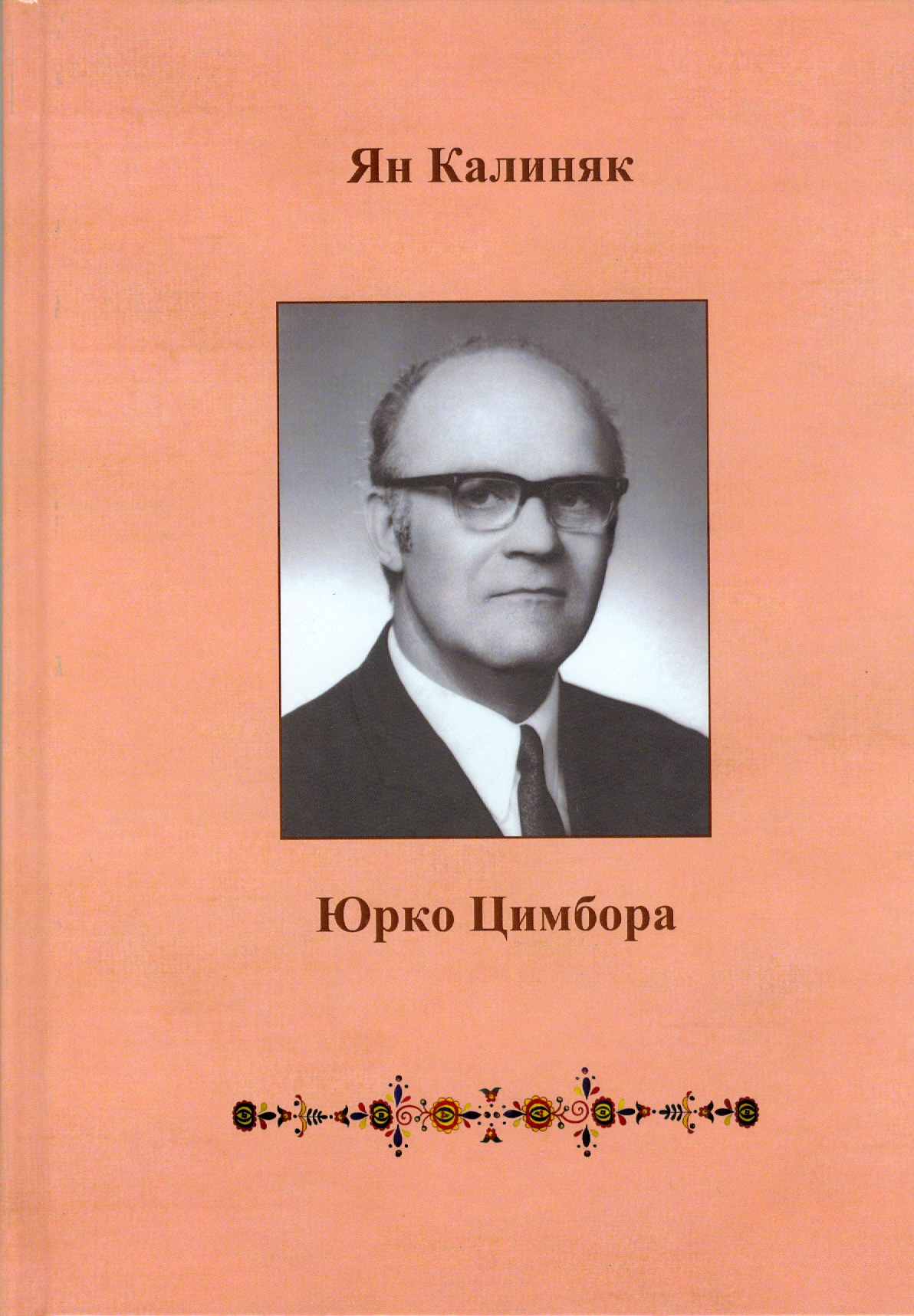