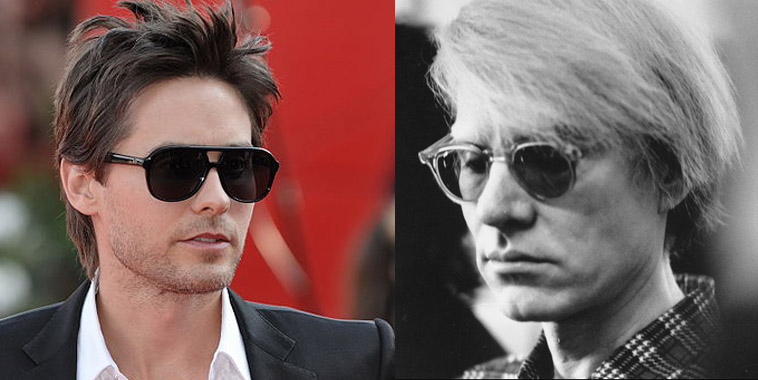 The Oscar Award-winning American actor, Jared Leto will be the protagonist of a movie entitled Warhol. The screenplay will be written by Terence Winter.

Jared Leto will portray Andy Warhol in the new movie about the artist. The actor, who recently played the role of Joker in Suicide Squad, will be also a coproducer of Warhol, which tells the story of the pop art pioneer.

Terence Winter, the screenwriter of the forthcoming movie, has also written the screenplay to The Wolf of Wall Street. The base for Warhol screenplay will be a book by Victor Bockris, published two years after the king of pop art’s death, entitled: Andy Warhol: A Biography (the book is available in the Ruska Bursa Library).

Andy Warhol was one of the most important persons in the New York world of art. He was a mentor of many prominent artists, including Jean Michel Basquiat, an eminent representative of Neo-expressionism. Warhol, named as the king of pop art, was an artist who turned a can of tomato soup and a bottle of a popular refreshing drink into masterpieces, worth millions of dollars. He was also famous of portraits of celebrities, which he created with the use of serigraph technique. He publicly confessed to his homosexual orientation while it was still a taboo subject in the USA and homosexuality was considered to be a mental illness or a  crime. Notwithstanding his success over the world, he suffered from hypochondria.

Jared Leto, who is going to portray the great Andy, got the Oscar Prize for his role of a gay man in Dallas Buyers Club. Apart from the prize, the role brought critics and discussion from gay rights groups, concerning the question whether heterosexual people should play such roles. The actor admits that homosexual actors do not have the same opportunities as heterosexuals in Hollywood and that it should not be of importance what sexual orientation a particular person is of, but it is important whether they perform a particular role well.

The producer of the whole project will be Michael de Luca who produced, among others, The Social Network and Captain Phillips. It is not known yet who will be the director of Warhol.