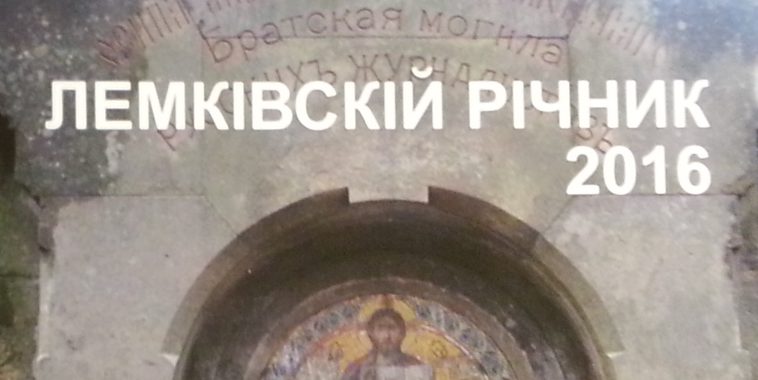 The Lemko Association published the Lemko Yearbook 2016. The edition is dedicated to the history and culture of Lemkos. The year of 2016 – according to the chief editor, Piotr Trochanowski – was a year in which a lot was going on, which was reflected in the edition’s contents. Unfortunately, as always, not everything could be included there that the editorial board would wish to be, as the book has a particular number of pages. The Lemko Yearbook for 2016 is a publication in which you can find many interesting topics which frequently have not been encountered yet in our publications […], according to Piotr Trochanowski.

Similarly to the previous editions of Lemko Yearbooks, also this edition is divided according to the contents, into several chapters. The beginning of the book is EVENTS – a section in which we can read about the most important anniversaries related to the history of Rusyns. Here, one of the topics that can reveal some facts, is an article about the Deacon Institute in Przemyśl – a school which has hugely contributed to teaching of whole generations of deacons – students that not only served in Lemko churches, but they often taught (or even awakened) national motifs. The second part is PEOPLE where some biographies of eminent people are included, of Lemko artists, activists. Apart from this, the Lemko Yearbook 2016 reminds us of some jubilees of the contemporary persons from the Rusyn world, in this year’s edition – four jubilarians of this year are included. 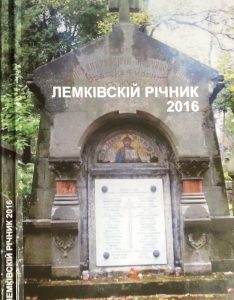