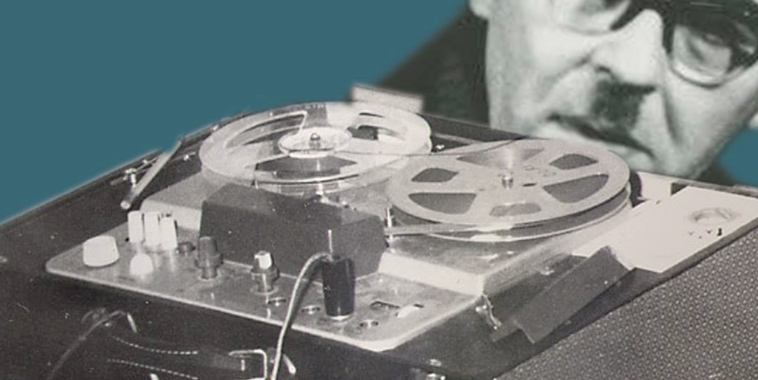 On Thursday, 23 February 2017, in a firehouse in Łosie, archival recordings by prof. Roman Reinfuss will be presented concerning the grease craft village. The recordings, which were made available by the Association of Folk Authors in Lublin, come from open-air research by prof. Reinfuss from the 1960s. Interviews with inhabitants of the village were saved, as well as stories about grease craftsmen, even some songs.

All of those who are interested in the topic, and in particular the inhabitants, are invited for the projection. The meeting starts at 5PM. The firehouse is located in the centre of the village, opposite school. The event is organized by The Museum of Karwacjan and Gładysz Family Manors in Gorlice – Maziarska Farm in Łosie affiliate.

Prof. Roman Reinfuss, whose recordings will be presented, was a Polish ethnographer, specialist on folk art in Poland and ethnography of the Carpathians, an employee of many Polish universities and research institutions. He cooperated with various museums, actively participated in the folkloric movement in Poland. As he stated himself, he became an ethnographer when, during trips to the Lower Beskid, he got impressed by Lemko culture. For more than 3 years he was carrying out research on most of the Polish territories, including Lemkovyna. He is an author of several dozens of books and articles concerning among others culture and art of Rusyns in Poland.

R. Reinfuss was the main promoter of establishment of the Association of Folk Authors in 1968, which since then has been dealing with continuation of folk culture in all the fields and with promotion of any phenomena of artistic folk work. Part of the Association’s activity is running an archive and a library. The collection, gathered since the beginning of the Association’s activity, (i.e. since 1968), counts about 20 000 archived photographies, more than 5000 video recordings, 8000 books, articles and other publications, around 1000 exhibits of folk art, as well as over 4000 personal case files of the Association’s members from which you can get to know about personal details and artistic works of folk authors. The collection includes sound recordings, video recordings and other archival documents by prof. Reinfuss.

In 2015 the Old Road Foundation released a CD entitled Tam na hori chereshenka.  (A cherry at the top). Recordings from open-air research by prof. Roman Reinfuss. It contained over 60 recordings from the archive of the Association of Folk Authors. The recordings were saved by prof. Reinfuss during the research carried out in the 1960s on the territory of Lemkovyna. The CD contained 66 recordings, such as songs that accompanied Lemkos during different works, holidays or meetings (pastoral, Lent, wedding, lullabies, cants related to baptism, works in the field etc.), as well as fragments of interviews among others on boggards, wedding, evening meetings and grease craft related stuff. The speakers were people born at the end of the XIX and at the beginning of the XXth centuries. Here you can see and read a book attached to the CD, here you can listen to the fragments of the songs.