New director of the Andy Warhol Museum in Pittsburgh 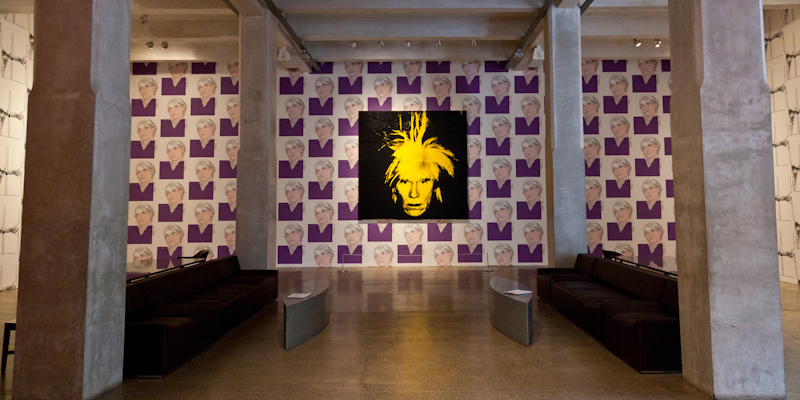 Patrick Moore (born 1963) will be the 5th director in the museum’s history. The space of the museum is almost 8200 m2 which makes it the biggest museum in the world dedicated to one artist. Additionally, thanks to this Pittsburgh has an important place in the cultural map of the world, drawing the attention  of numerours art amateurs, critics and tourists. In the museum there is the biggest collection of Warhol’s works, as well as archival souvenirs.

Moore discovered the city in which Warhol was born and grew up as a student at the Carnegie Mellon University. He graduated from English Literature and theatre direction. From 1991 to 2001 he was the initiator and director of the Estate Project – a programme, aim of which was to draw attention to the issues of Acquired Immune Deficiency Syndrome among the society of artists. Moore is among others the member of the Federation of Producents of America. Apart from this, he was among others the manager of a project in the New York’s Livet Reichard Company and a director of marketing and PR in The Kitchen Center for Performance in New York.

I fell in love with Pittsburgh as a student at the Carnegie Mellon University and then Warhol became my favourite artist – as Moore said in public. The Andy Warhol Museum has been establishedi n unique time for him when we have the possibility to show Warhol from such as side that a broader audience does not know him yet – as a film producer that is still influencing the young artists – according to Moore. Many people know about Andy Warhol who was living among world-famous people in New York, little know he was raised in a conservative, immigrant environment. For Andy, talking openly about his homosexuality and extravagant life in New York did not exclude being a strong believer.

One of the coming plans of P. Moore is realization of a project, the partner of which is the Museum of Contemporary Art in New York. The project aims to digitalize the whole film registry of Warhol with the participation of Moving Picture Company, a studio that deals with special effects in films, Oscar laureate.

The numer of films that are still unknown to people is very big. There are only original recordings tht first need to be digitalized not to break them while putting in the projector. People think they know Warhol’s films but the undiscovered films will show what kind of experimentalist and visioner Warhol was – explains Moore.

Based on press materials