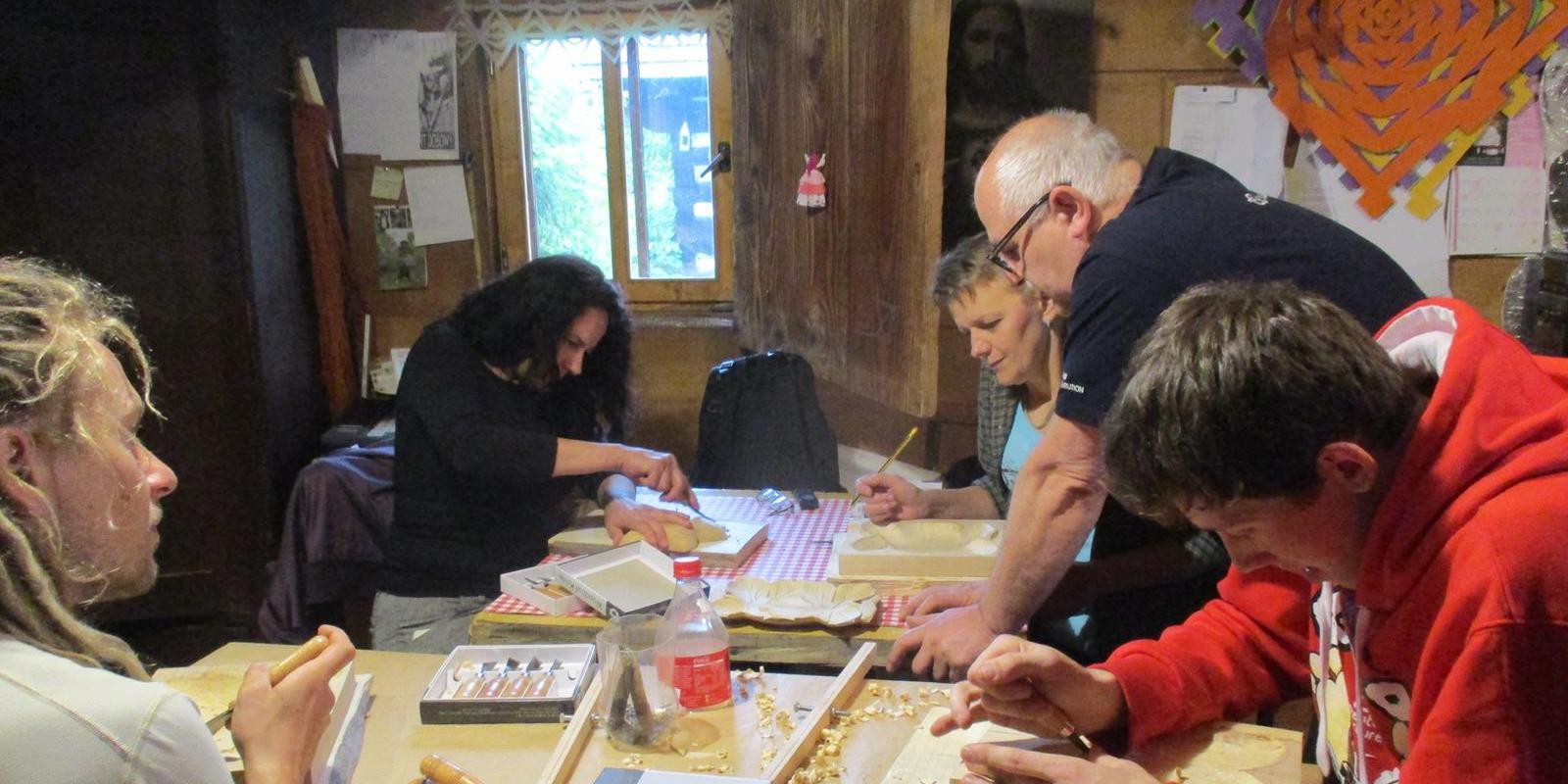 Next Saturday, 10th December 2016, a varnishing day of an exhibition entitled New life of wood will take place, it is organized by The Karwacjan and Gładysz Family Manors Museum – Maziarska Farm in Łosie affiliate, as well as a Commune Culture Centre in Ropa – Village Culture and Tourism Centre affiliate in Klimkówka. The varnishing day is a sum-up of what was happening within the workshops throughout the whole year, that is why the day will be a promotion of works by the participants.

Apart from the organizers mentioned, also a wood carver Bogdan Kareł invites for the varnishing day. He is a Lemko who comes from Łosie and he manages the whole project. People of different age took part in it, among them there are young Lemkos. From Sunday in Klimkówka the following artists’ works will be available: Anna Cekliniak, Tomasz Doszna, Idalia Ferenc, Sebastian Kaczmarczyk, Maciej Magnuszewski, Paweł Pachla and Barbara Zasowska.

The project, which is realized with the financial support of the Ministry of Culture and National Heritage, mainly aims to pass fine arts knowledge within traditional handicrafts , that is wood carving. It is important that the project aims to emphasize the folk wood carving in relation to Lemkovyna and the tradition of the Eastern Church.

The varnishing day during which works will be presented, will be a mixture of numerous previous workshops and series of meetings. The basis was the folk artistry and passing this area of artistic knowledge from the master to the student. Apart from the workshops led by Bogdan Kareł and works exhbition, one of the agenda points will be a film documentation of the project.

Bogdan Kareł is an artist who has been dealing with wood carving for thirty years, he mastered it himself, that is why he calls himself as a non-profesional artist. In his job he combines mainly two passions: passion for the material (wood), as well as interest in canons and spiritual view at sacral pictures. He creates a rarely encountered kind of reliefs – carved icons. Thus, in his students’ works made under the master’s mentor eye, you can find many references to the church artistry and the wooden artistic heritage of Lemkovyna.

photo above: one of the workshops; source: website of The Karwacjan and Gładysz Family Manors Museum