Last Friday, 21 October 2016, at high noon in The Nikifor Museum in Krynica (The Nowy Sącz District Museum affiliate), a varnishing day of an exhibition entitled: “Nikifor’s heritage – Stefan Telep, a Lemko painter from Zdynia” took place. The persons present were: the Museum Director – Mr Robert Ślusarek, the Mayor of Krynica-Zdroj – Mr. Dariusz Resko. The musical setting was provided by Nadija Lemko ensemble from Krynica. Additionally, Petro Murianka – an artist famous not only in Krynica – gave a speech about artistic potential of Lemko people.

Stefan Telep is the most famous contemporary Lemko amateur painter in Poland. Much like his predecessor – Epifan Drowniak – he perpetuates in his paintings the world of Lemkovyna, his contemporary mother land.

Stefan Telep was born in 1957, in Pielgrzymka (Перегримка, Perehrymka). He has been living in Zdynia (Ждыня, Zhdynia) since 1980s, where, together with his wife, he started to run a farm at that time. He evinced humane and artistic interests already in his youth, among others he used to collect postage stamps, dealt with driftwood art, he tried wood carving and photographing, he also plays several instruments. Telep’s photographies are connected to the person of Nikifor. In 1967, E. Drowniak together with his attendant Marian Włosiński, stopped in Pielgrzymka on their way from Folusz (Фолюш, Folush) (Nikifor stayed in the local nursing home for several times, he died there in 1968). They visited the local church and they were hosted by priest Йоан Левяр (John Levjar). There, M. Włosiński took a picture of Nikifor with the priest and parishioners. Stefan Telep, a 10-year-old boy back then, witnessed this. At that time, he did not know who Nikifor was, but he was fascinated by Włosiński’s cameras.

Telep has been painting since 1990s. He uses oil paints and recently he has been painting with acrylic colors, as well. He mastered the whole craftwork, together with putting canvas on stretcher, entirely by himself. He painted mainly in winter, as he was always busy with farm works during the other seasons. Just as Nikifor, he records  the contemporary, as well as the old Lemkovyna – from before the resettlements – on his paintings. The themes of his works are most often Lemkovyna landscapes, in similar to Nikifor’s, yellow and green color scheme, churches, effigies of Saints, Lemko festivals and important family meetings. One of the heroes of his paintings is the legendary Amroz. The paintings present the work on farm, in the forest, Lemko chyzas and their interiors.

Because of his bad health condition, he has not been painting during the last year. However, he shows his works to the wider audience at numerous exhibitions (among others at the Lemko Vatra in Michałów, or at the International Biennale of Lemko-Rusyn Culture at Krynica) to which he is always invited. This summer Stefan Telep’s collection of paintings was shown in The Polish-Slovak House of D. Jurkovic in Gorlice.

The author of the photographies below is Piotr Basałyga. 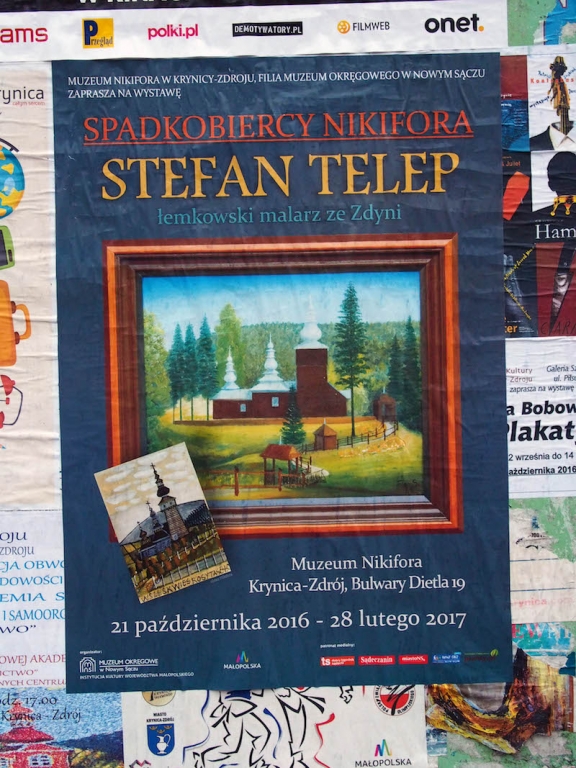 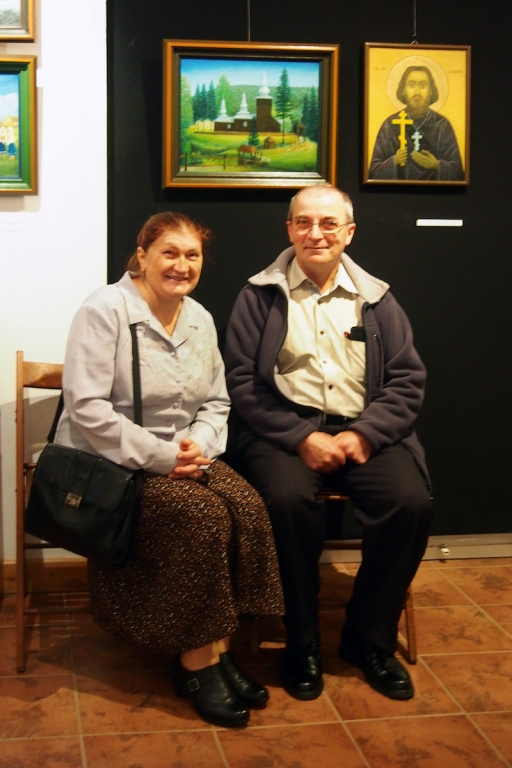 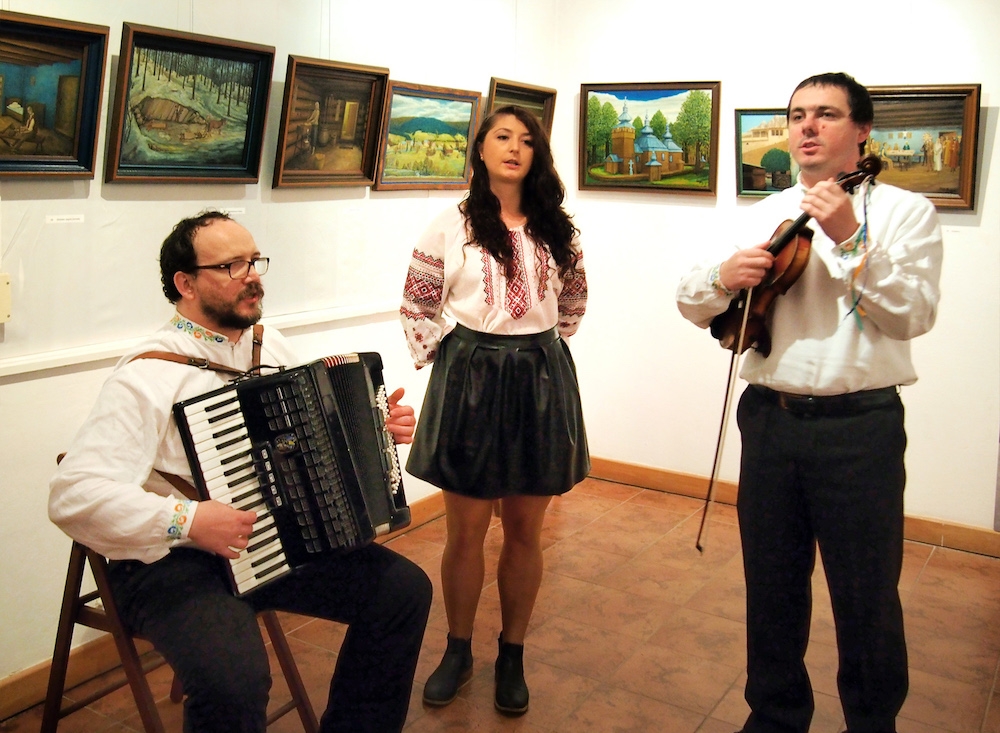 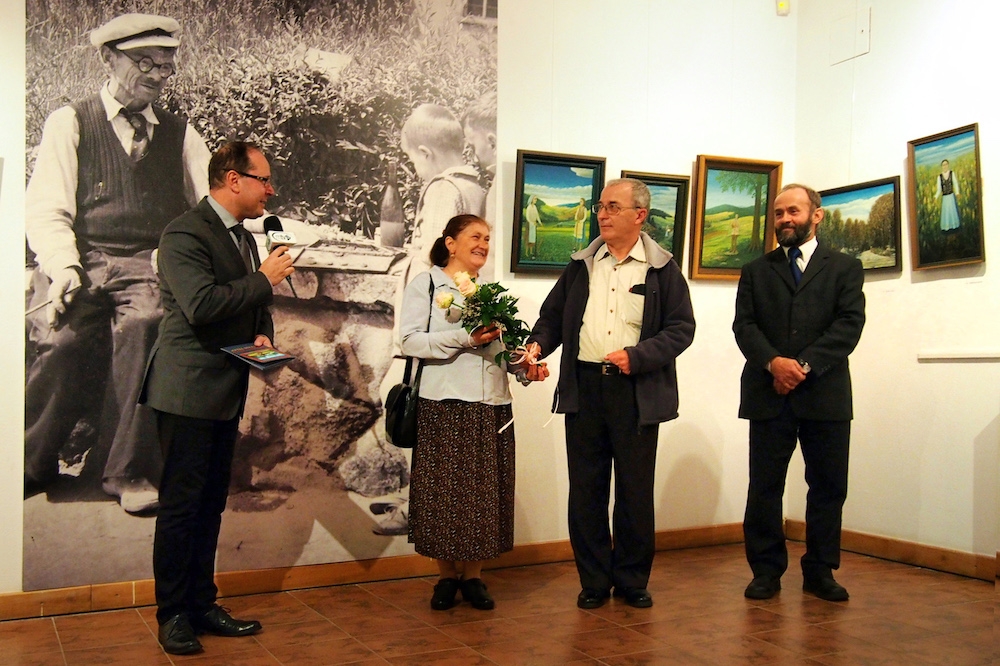 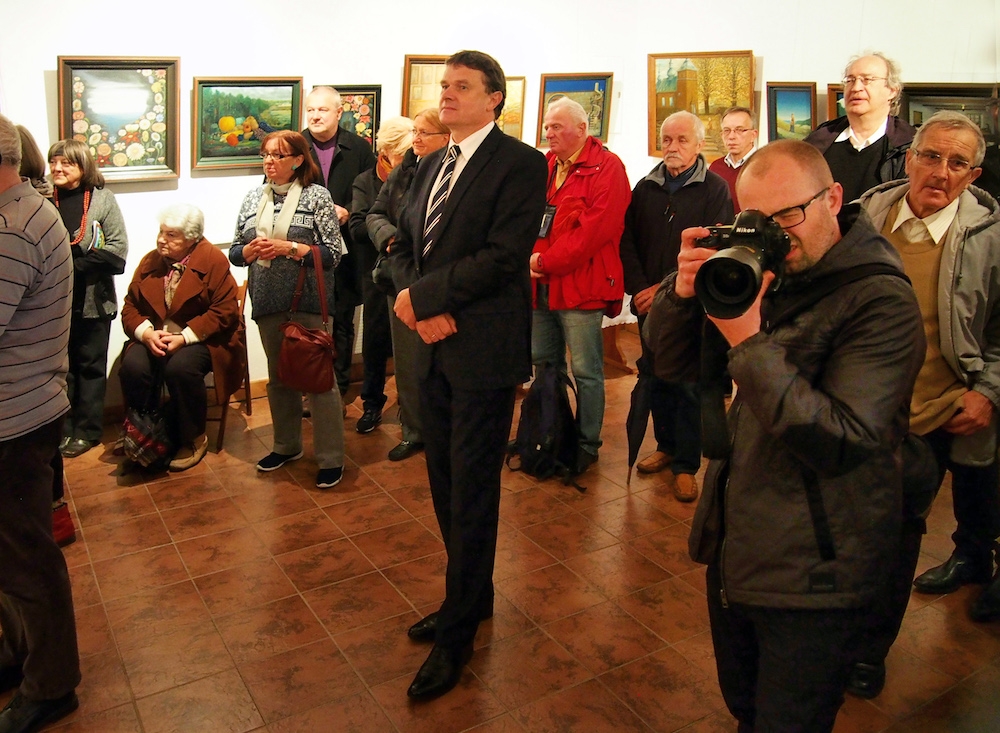 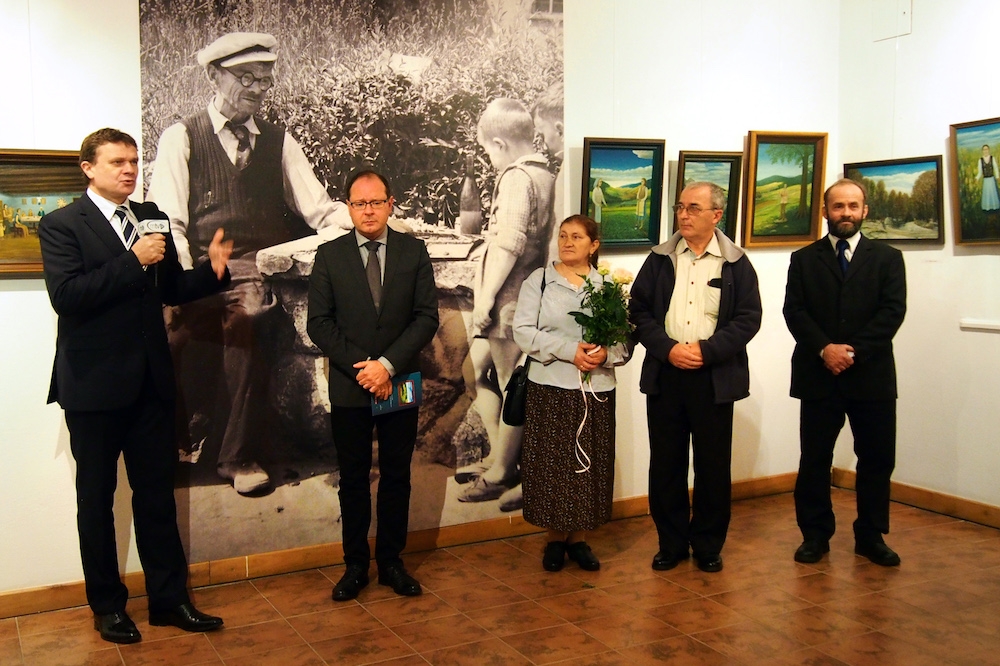 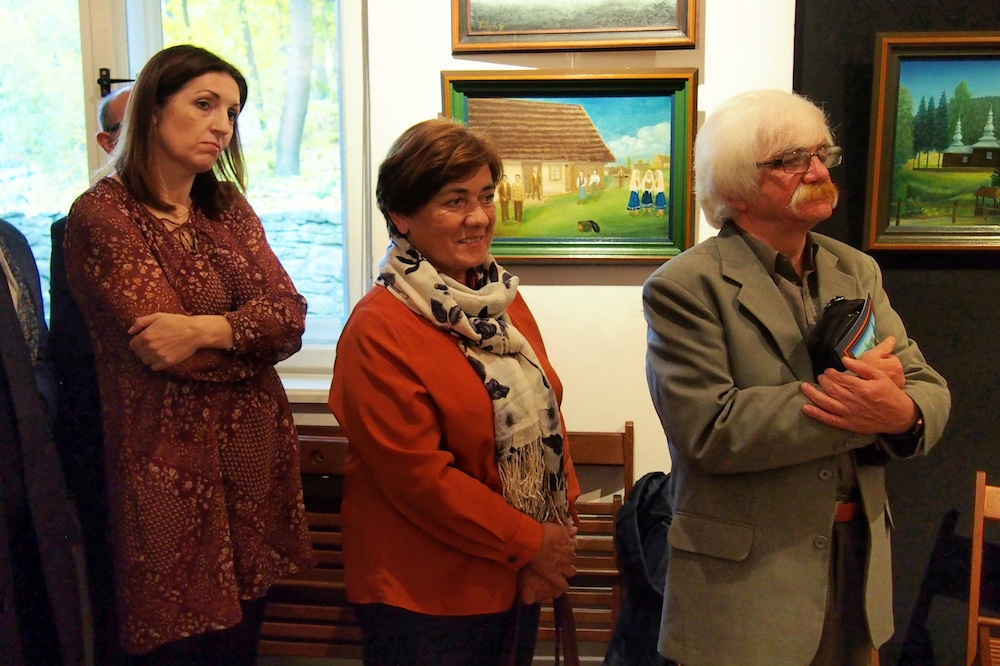 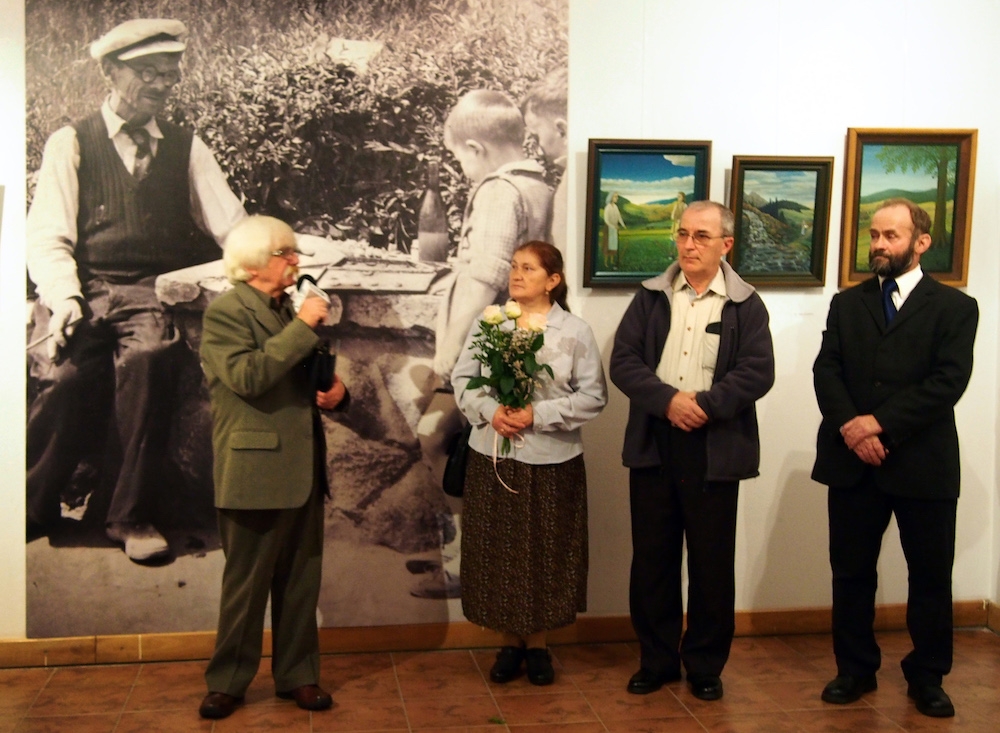 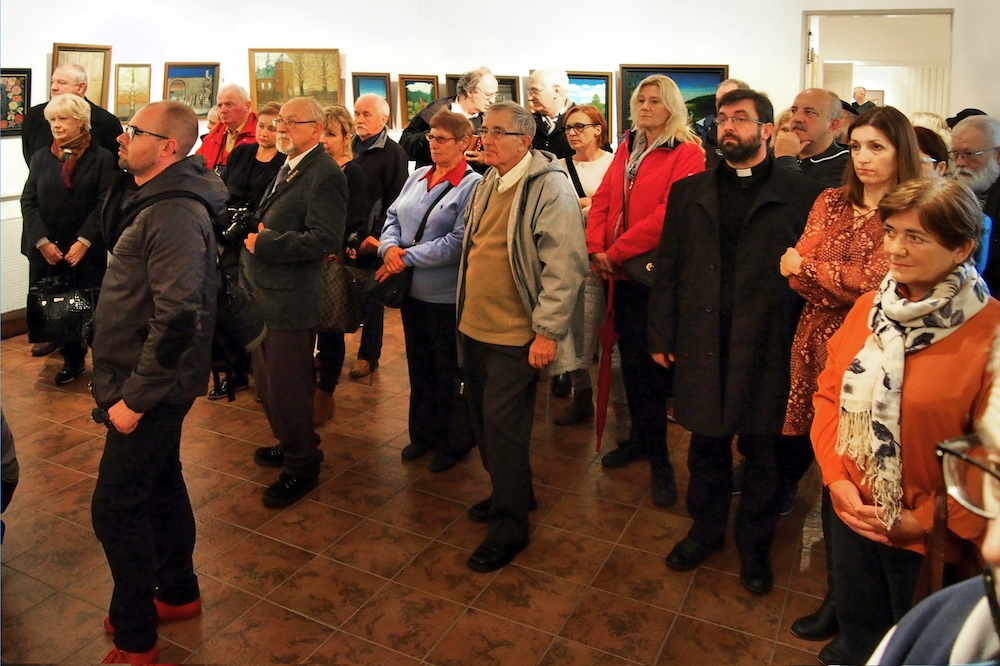 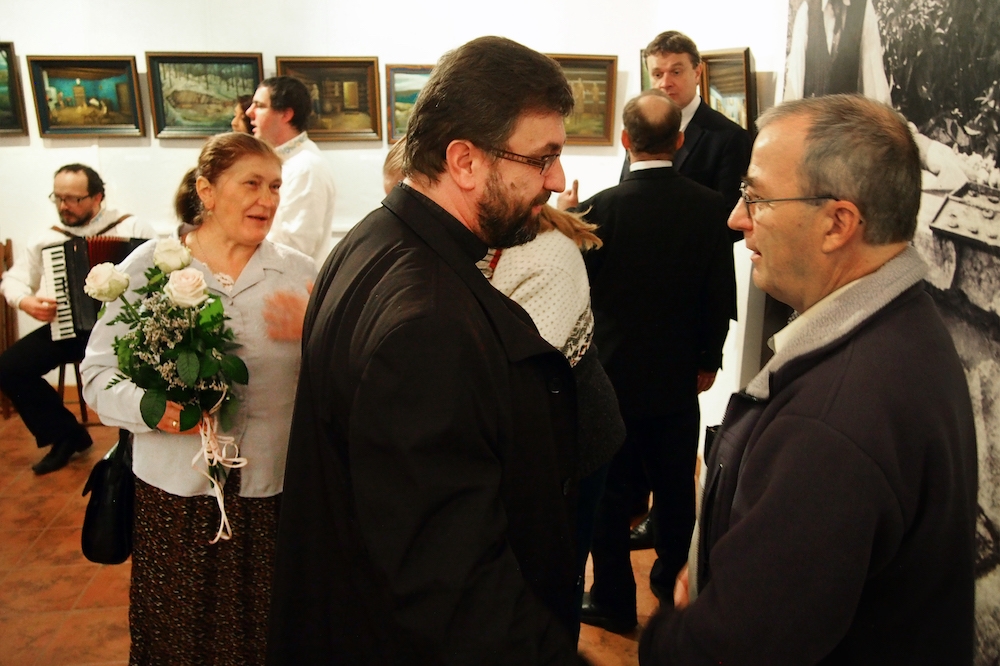 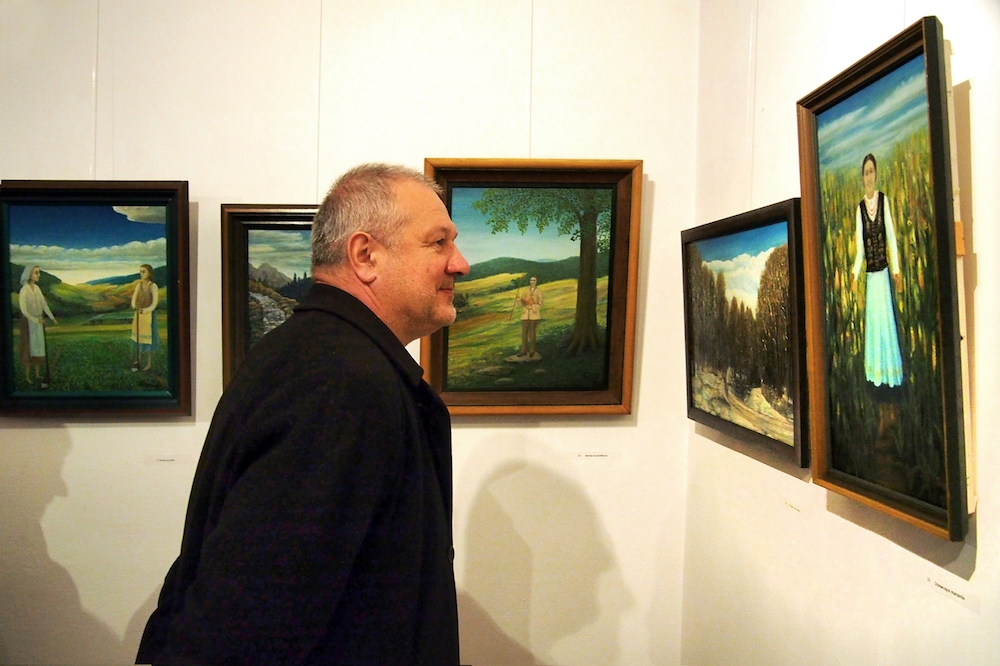 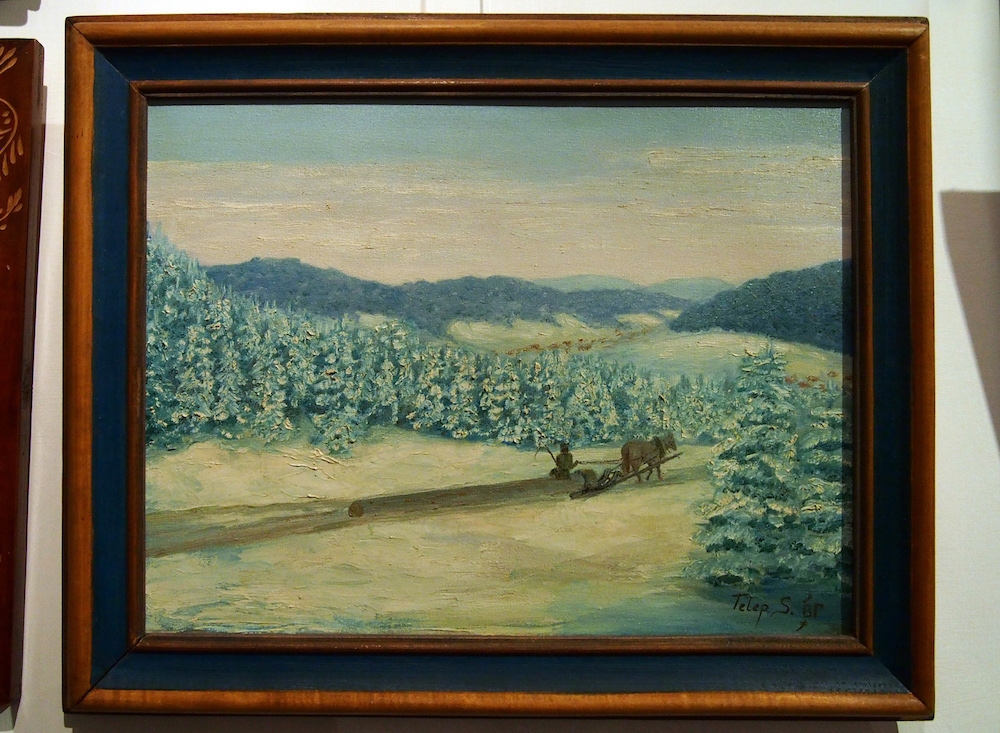 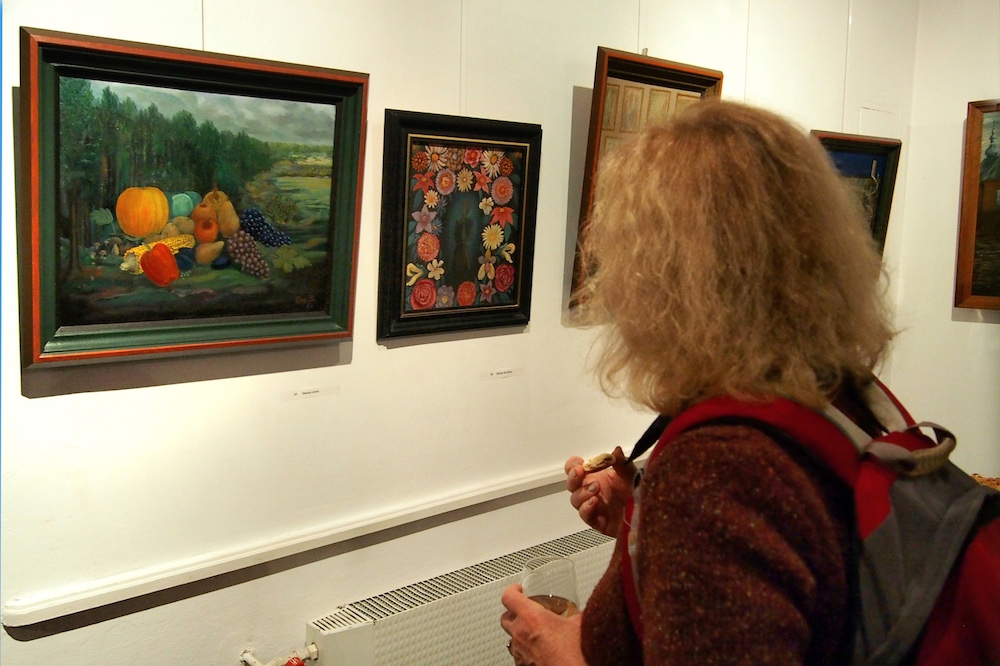 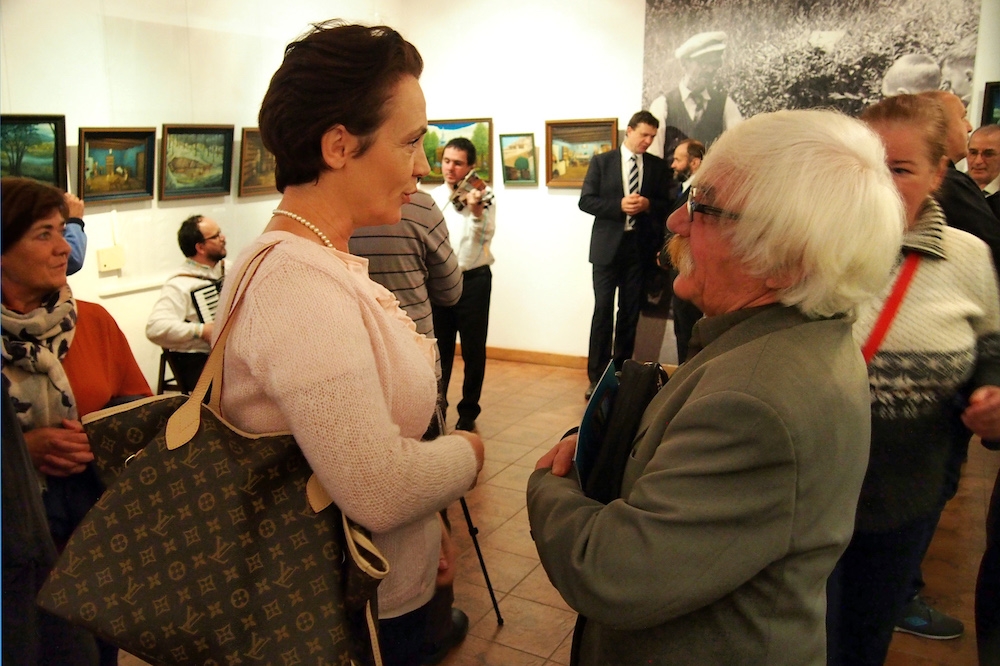 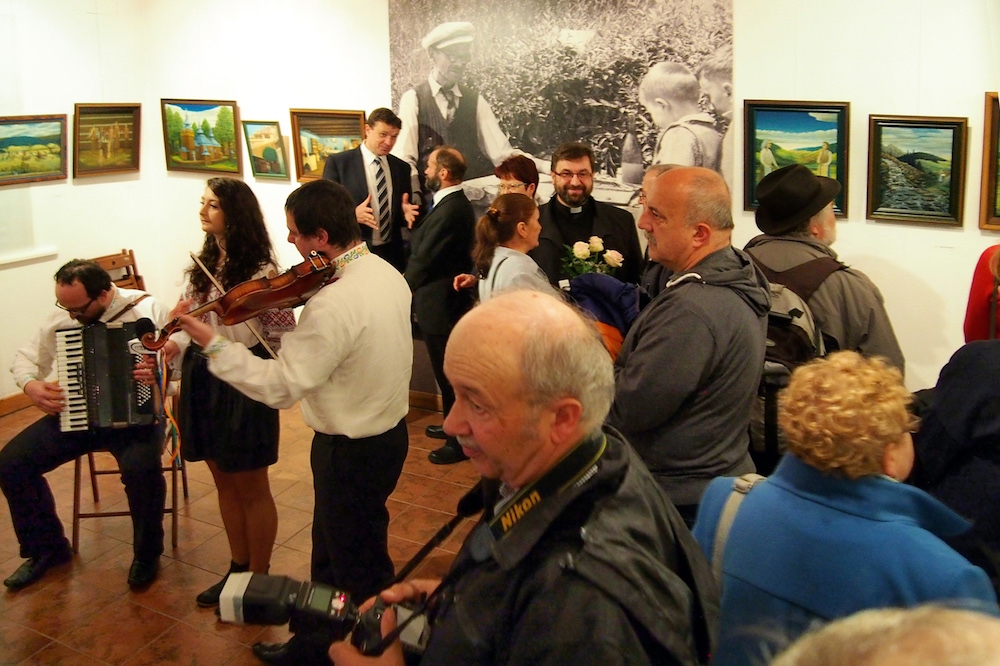 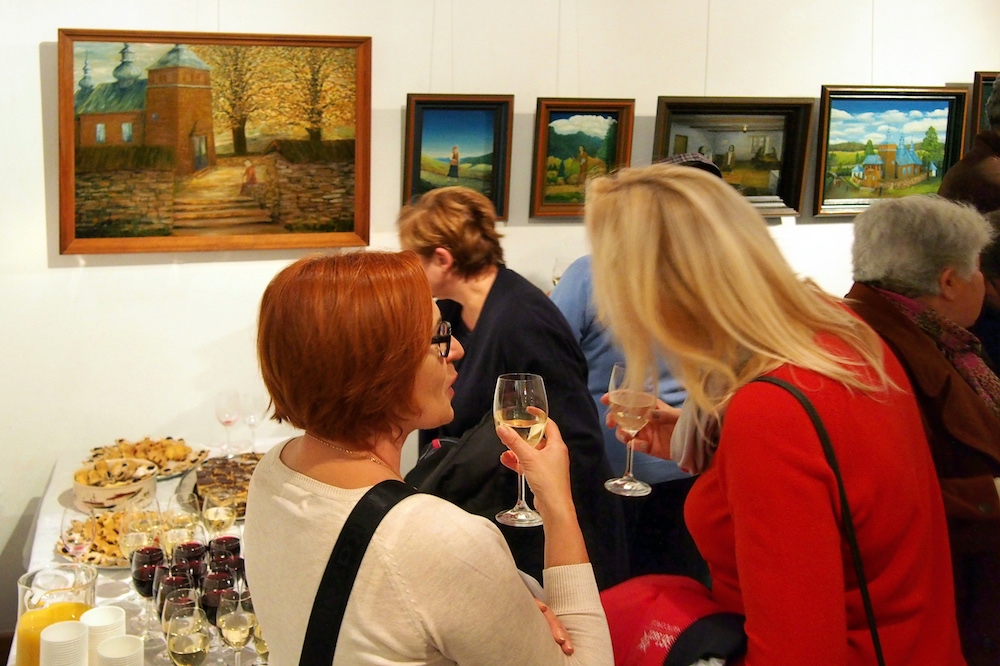 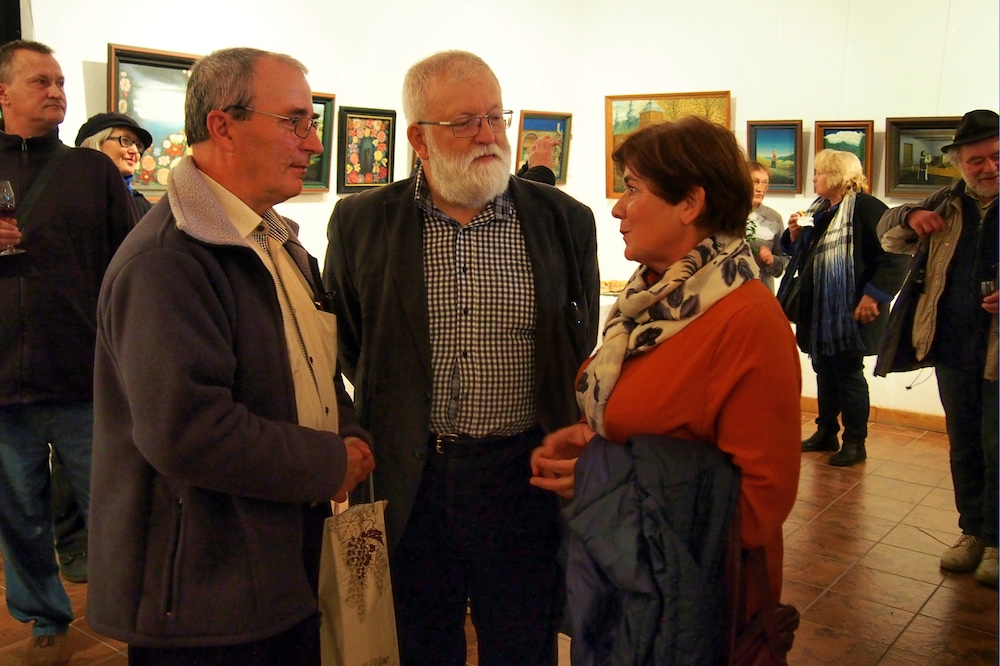 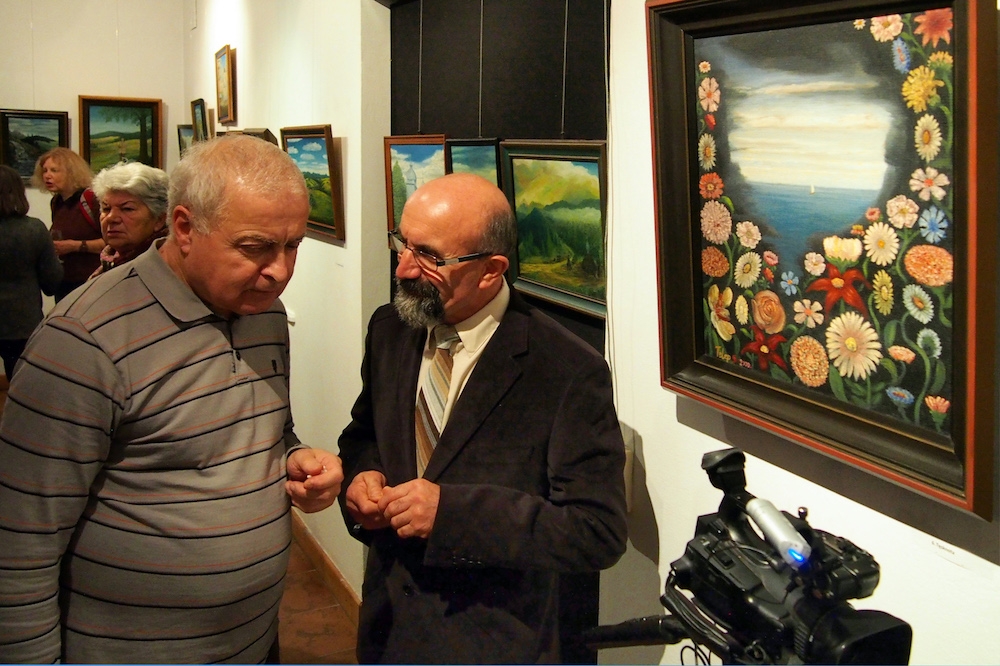 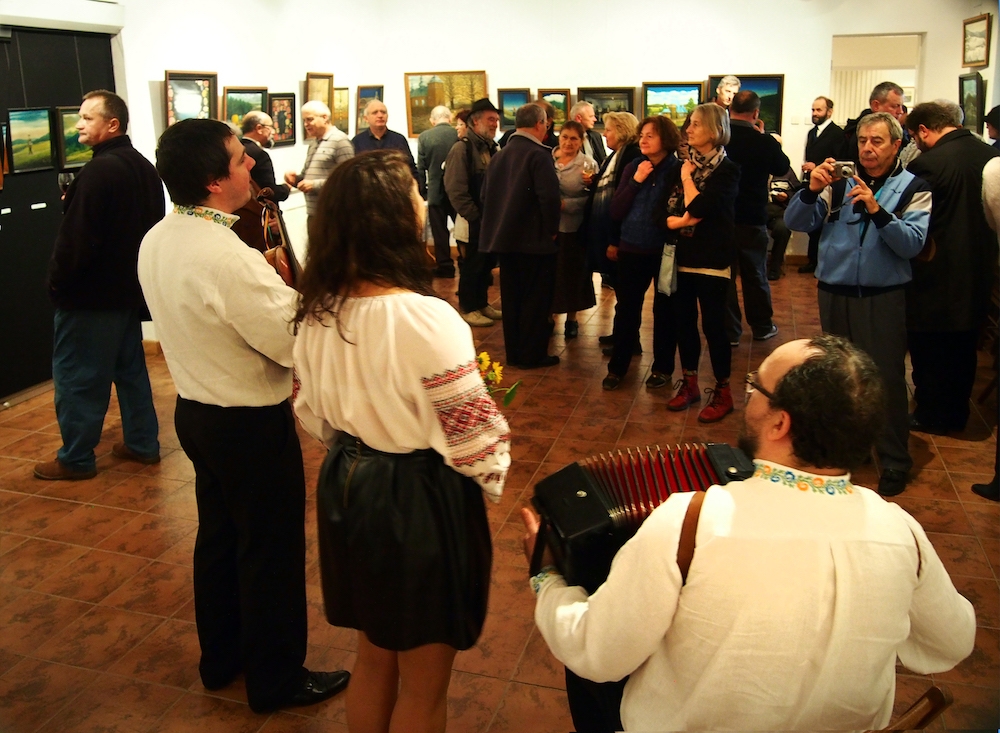 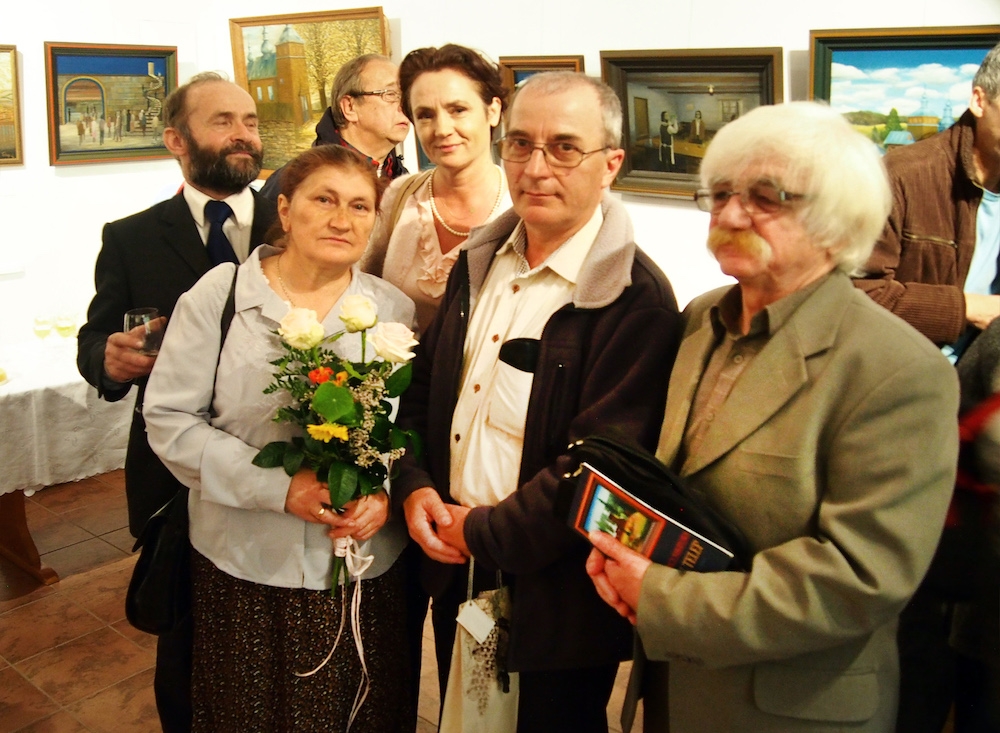 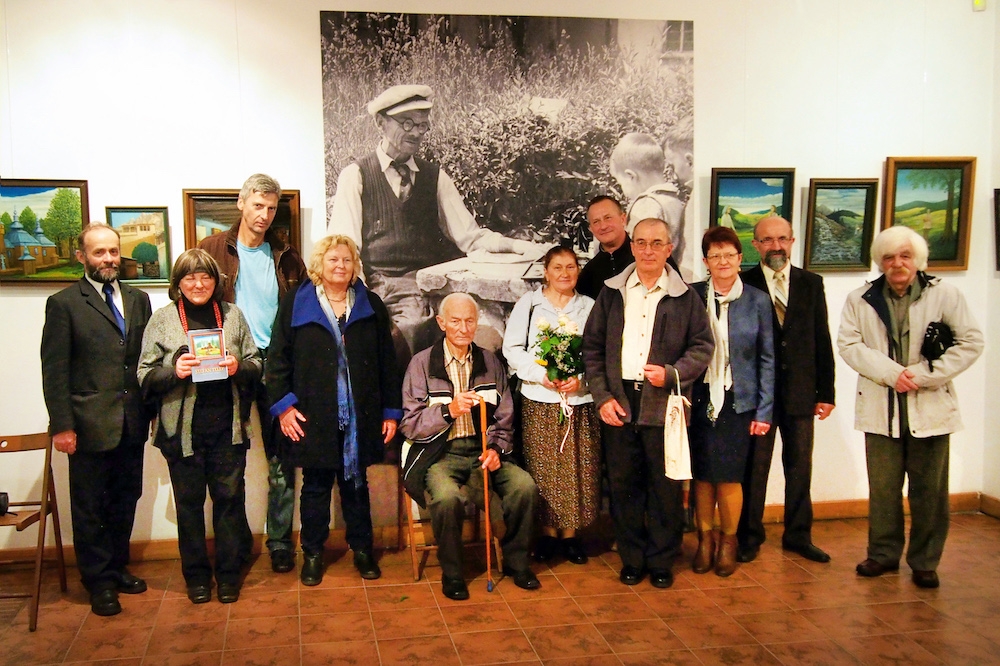 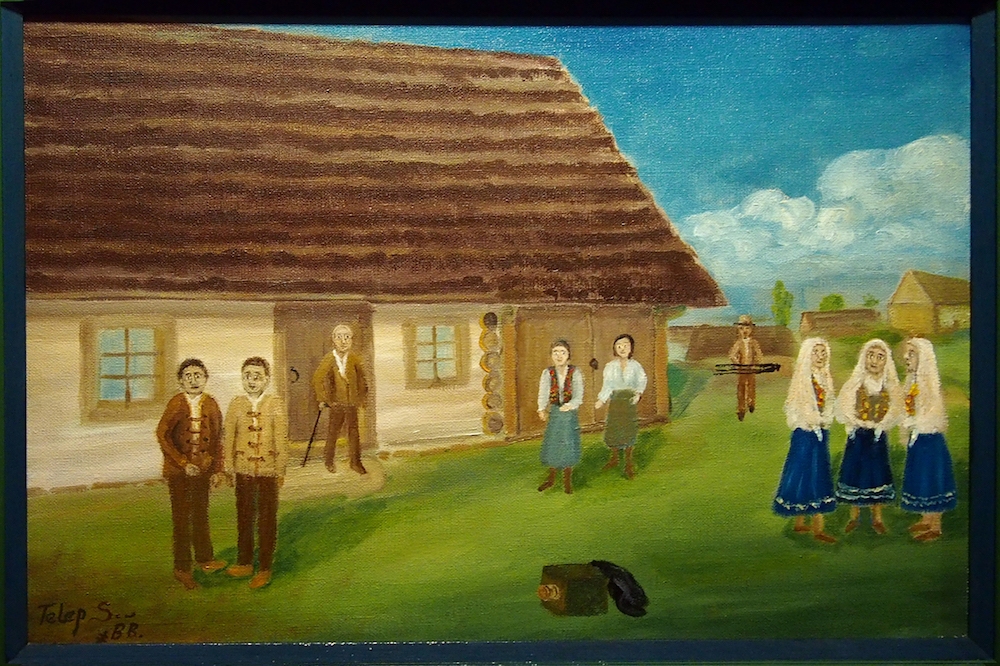 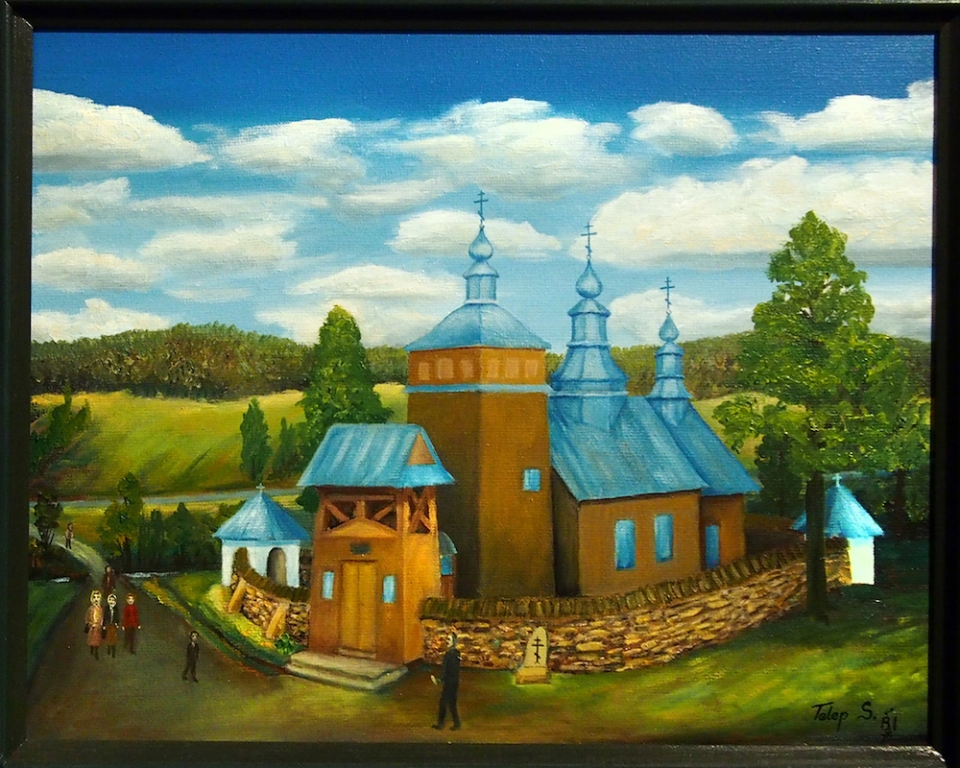 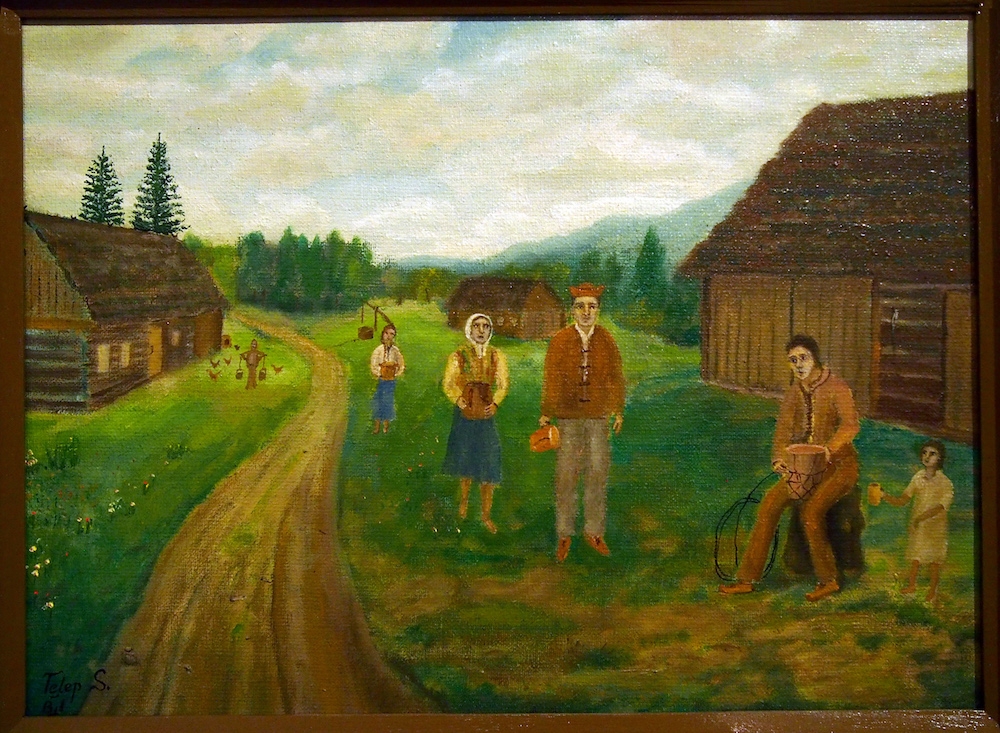 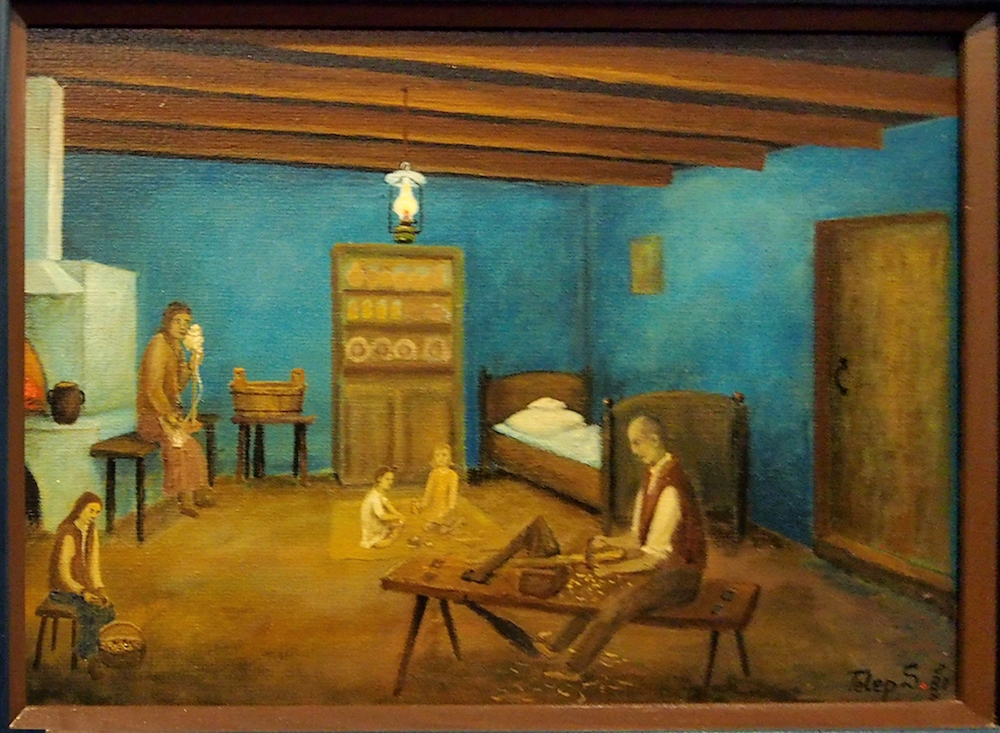 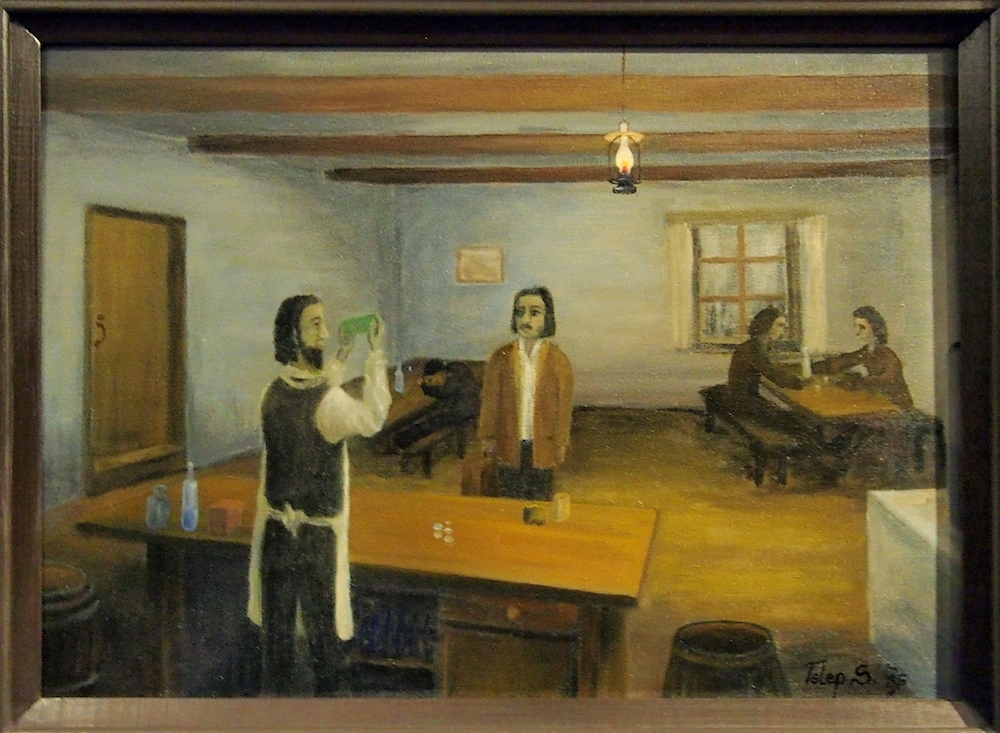 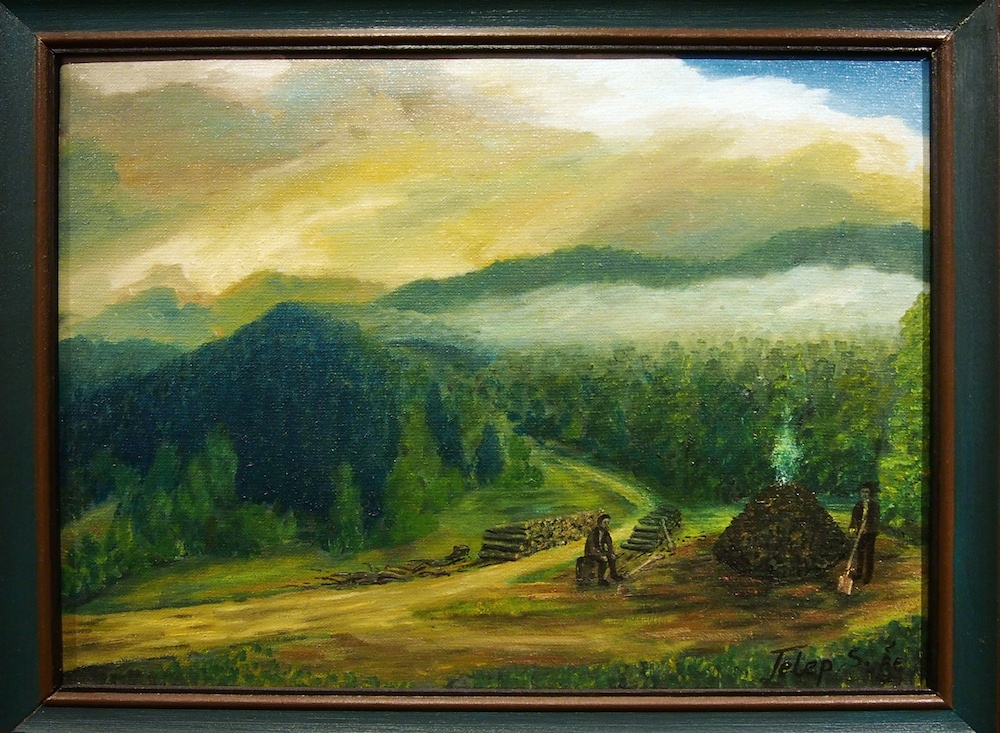