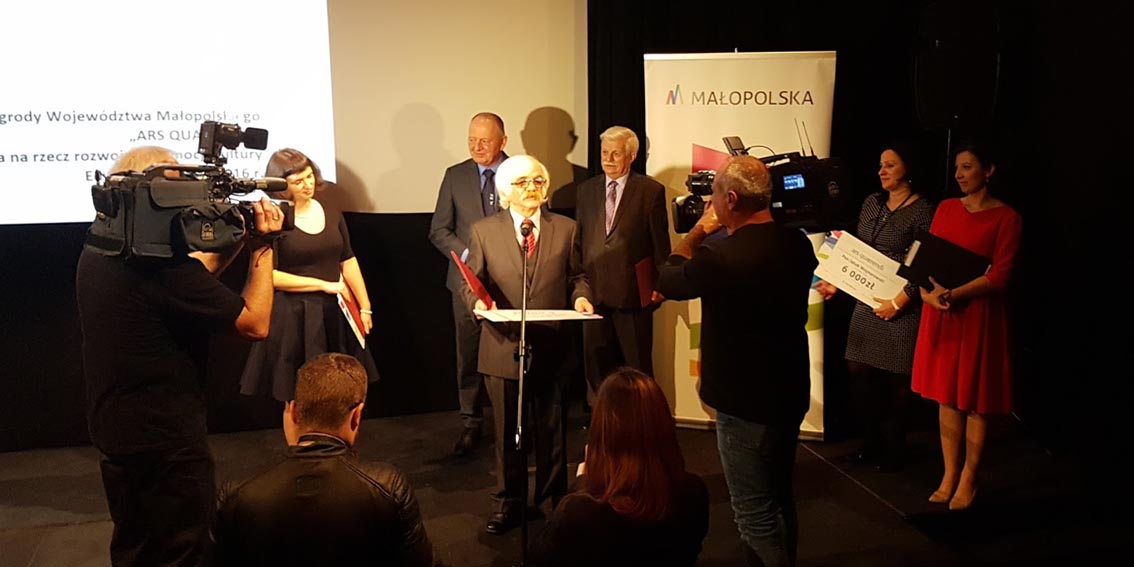 Last Tuesday, 25 October 2016, awards of the Lesser Poland Vivodeship in the 9th edition of Ars Quaerendi competition were granted – for eminent activity in promoting and developing of culture. The award is granted as a combination of three categories: Master-Student-Project, where a master tips their student, then they present some project together which is marked by the jury composed of representatives of the cultural and science environment, social organizations and a Lesser Poland Voivodeship member.

In this years edition, the persons appreciated and awarded were, among others, Petro Trochanowski ( Murianka) – the most eminent contemporary Lemko writer and poet, author and composer, as well as Monika Lis – a postgraduate of psychology at the Jagiellonian University in Kraków. Also, their poetic-musical project was awarded “Dances of the soul.” The laureates received their prizes during the festal gala that took place in the Małopolska Garden of Arts in Kraków. The awards were handed by Leszek Zegzda from the voivodeship’s government and prof. Franciszek Ziajka, the head of the jury. 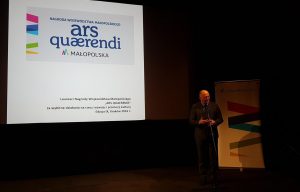 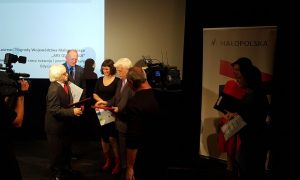 Ars Quaerendi award allows to appreciate those representatives of the world of culture, art and science who, despite the genereration differences, want to share their experience with their younger followers, who try their best, following the masters.

The roads of Petro Murianka – as the master- and Monika Lis – as the student – crossed in 2014 when Club de Moll Lemko ensemble was preparing a new album entitled Вершы верхам (Vershy verkham), the authorial project of the group’s manager Michał Kajda. Petro Murianka contributed to the project as the author of the Lemko lyrics, based on Michał’s drafts in Polish. Monika added a poem Бесіда (A talk) to this, which was her first poem in Lemko where she presented her reflections, talks with God. Dances of the soul project describes the road of Monika Lis to getting to know about her Lemko roots. It is a continuation of the former project, dedicated to promotion of Lemko culture in the Polish cultural circle.

The laureates of the Lesser Poland Vivodeship Award Ars Quaerendi were awarded for their eminent activities for the promotion and development of culture with: the Master – 6.000 zl, the Student 4.000 zl. The project itself will be supported by the amount of 25.000 zl. The award has been granted since 2008. Among the Masters, the following persons have been distinguished so far: prof. Jerzy Trela , Krzysztof Głobisz or prof. Krystian Lupa. 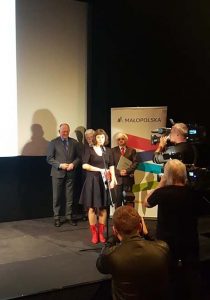