Premiere of a film about Gojdič will take place soon 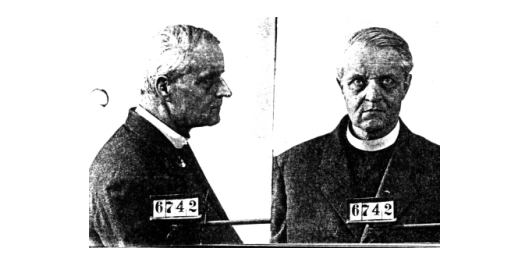 A new documentary entitled Gojdič – láska nadovšetko (Gojdič – love in the first place) was made in Slovakia this year. The premiere will take place on 3 November 2016, 5PM, in the Presov Park of the Culture and Rest – Black Eagle building.

The film, which includes also musical parts, was supported financially with the funds for the Rusyn national minority, within Culture of national minorities 2016. According to Alexander Eckerdt Foundation (Nadácia Alexandra Eckerdta) that originated the project, the aim of the movie is to present an eminent character of the recent history of Slovakia – a priest Pavel Peter Gojdič, raised to the rank of a Martyr by the Catholic church in  2001, in the Vatican City. He unashamedly declared his affiliation to the Rusyn minority and effectively contributed to saving people’s lives at the times of antisemitism propaganda.

The film does not aim to present Gojdič’s life in details, its purpose is to show the beuaty of his heart, his humility and wisdom. The film’s constant element is love, as it was in the Martyr’s motto: „Богъ любовъ, любимъ єго“ (God is love, love Him). According to the film’s producers, these words are characteristic of Gojdič. “He was absorbed in these words, he suffered harm and died for them,” as the documentary’s producers write. Already in his lifetime, he was called as “a Bishop with a heart of gold.” 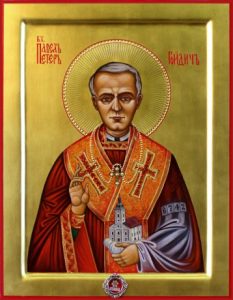 Gojdič – love in the first place film aims to present to the audience the person of blessed Presov Greek Catholic Bishop, Pavel Peter Gojdič, Basilian Order of Saint Josaphat, the first Sant of the recent times from the territory of today’s Slovakia, who died as a Martyr of the communist regime. The film was made based on two fields.

The first one shows some situations from Gojdič’s life, they presented in the form of stylized, performed scenes. Through these situations, the film’s producers wanted to show the scope of Gojdič’s personality: from an ascetic monk, then a bishop and a couragous warrior who objects injustice, to an arrestee who remains steely until the end. These are situations which make you think what the source of courage is that allows you to behave in such a way – in harmony with your inner self. One of the images from the Bishop’s life is a situation of an absurd manifestation of his love towards a jailer, to whom he justified.

The second part of the film constitutes some historical materials, photography and film archives, documents of those who remember Gojdič as he was. The film presents also interviews with historicians who associate the historical facts with further events and explain their significance in the present times.

“We perceive the life of bishop Gojdič as a metaphor of love. We do not aim to idealize the person, but to explore the principles that he was governed by and which had such a big influence on his surroundings. He was called an angel by many. His courage constrast with his frail build. He lived in dramatic times, full of extreme situations, in a boundary region of Europe where the East and the West meet. Such situations test one’s character and identity. Not only an individual’s, also the character of regions and nations. And this is universal. We want this movie to be a contribution to the contemporary reflections on spiritual roots of the European civilization, as well as on our ability to help those who need it the most, which is especially important nowadays, in the era of the current events.” as the film’s producers write.

The producers want to promote the film also in schools, to show the young an example of heroic life which was full of love to others in the first place. 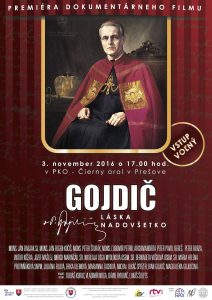