PUL’S will perform in Presov

On 25 March 2017, PUL’S – the Sub-Duklan Umelec Folk Ensemble – the only professional Rusyn ensemble – invites for a big, glamorous concert in Presov. This will be a real show, as the ensemble has announced.

The concert that will take place on the Big Stage of the Jonas Zaborsky Theater, starts at 6:30PM and it will guarantee a big dose of two-hour Rusyn folk culture. The director of the programme is Jaroslav Morawchik and the conductor is Julius Selcan. Within the concert, some special guests will perform on the stage: Mario KULI Kolliar and DUO LA FEMME. The tickets are available in the theatre, in Presov.

One of the main aims of the ensemble is to promote Rusyn culture over the world. As a professional ensemble, PUL’S is an ambassador of Rusyn culture. Promotion of song, dance and culture takes place regularly also at the home place where they organize festal, as well as glamorous concerts. At this kind of concerts, the ensemble presents Rusyn performances that in fact are a combination of music, dance, song and theatre play. In 2015 the ensemble organized a whole-year recruitment through which you could attend the professional Rusyn ensemble, the only one in the world.

The Sub-Duklan Umelec Folk Ensemble was founded in 1955 in Presov, at that time as a Ukrainian ensemble. The group, which is composed by three parts – dancing, singing and musical – consists of more than 40 artists. Over the years of activity, the ensemble “raised” over 500 professional vocalists, musicians, dancers that nowadays are instructors, soloists or members of other folk ensembles, both in Slovakia and abroad.

Below Verbunk – a recruit dance by PUL’S. 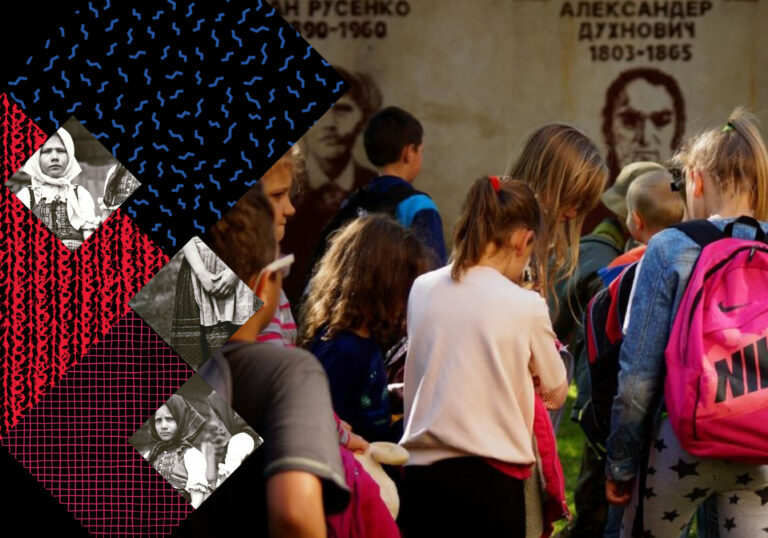