In today’s Radio Broadcast edition, we invite you for the third episode of Peter Lachmann’s work, a German niche poet, essayist, theatre director and a translator. He was born in 1935, in Gliwice. By accident (you will hear in the episode about that), he was not exiled together with his mother and sister from his home city in 1945. Baptised once again, he finished Polish schools and studied Chemistry at Silesian University of Technology. In 1985, he left for West Germany where he got a degree in Philosophy, German studies and Theater studies at the Basel and Cologne Universities. His works in an excellent way reflect ethnic borderline and the paradoxes of living among different cultures.

The script was translated from Polish to Lemko by Barbara Duć and it has been included in the Inspirations part of the Ruska Bursa Yearbook 2015. 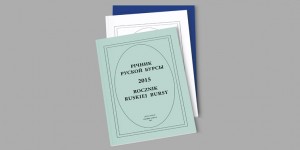