Small dictionary of the village of Bortne 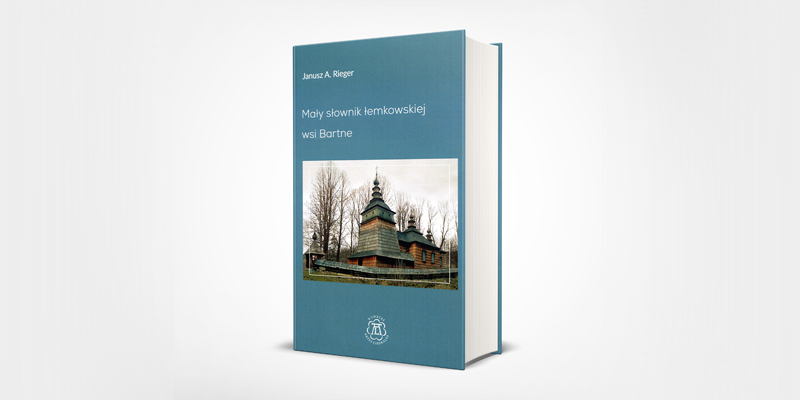 At the end of the previous year, a new publication appeared on the publishing market that may draw not only the attention of linguists – it is a Small Dictionary of the Lemko village of Bortne. This is the title of the recent book by prof. Janusz A.Rieger that has been announced for a long time. The dictionary was published by “Artes Liberales” of the Warsaw University, it has 262 pages of B5 format and it includes 4300 entries. It was edited on the basis of material gathered by prof. Rieger mainly in 1995 – from the recordings made with Małgorzata Słoń-Nowaczek in Bartne village, Lemkovyna, and Lisiec in the western Poland where the Bartne inhabitants were resettled at the time of the Vistula Operation. The dictionary documents the language of the oldest generation of the XXth c. It presents not only the words and examples of usage, but also presents information regarding some traditional objects, folk customs, typical chyza, the food, information on zabavas or beshrewing.

Prof. PhD Janusz Rieger (born in 1934 in Kraków) – a Polish linguist and Slavist. One of his areas of scientific research and interests is Lemko language. He did lectures in the Jagiellonian University, the University of Warsaw, the University of Łódź, he worked in the Institutes for Slavic Studies and Polish Language of the Polish Academy of Sciences. He is a member of many scientific and editorial collective works. He is the author and editor of numerous linguistic publications. Within the area of Lemko language, he published among others publications such as: Leksyka środkowej Łemkowszczyzny (1979), Wyrazy „łemkowskie” i ich zasięgi (1981), Słownik gwary Łemków z okolic Grybowa (1988), Słownictwo i nazewnictwo łemkowskie (1995), Leksyka i onomastyka Łemkowszczyzny (1995),  Dwa drobiazgi ze słowotwórstwa łemkowskiego (1997) and many others.