The most beautiful songs by Anna Poracova. The soloist has released a new CD 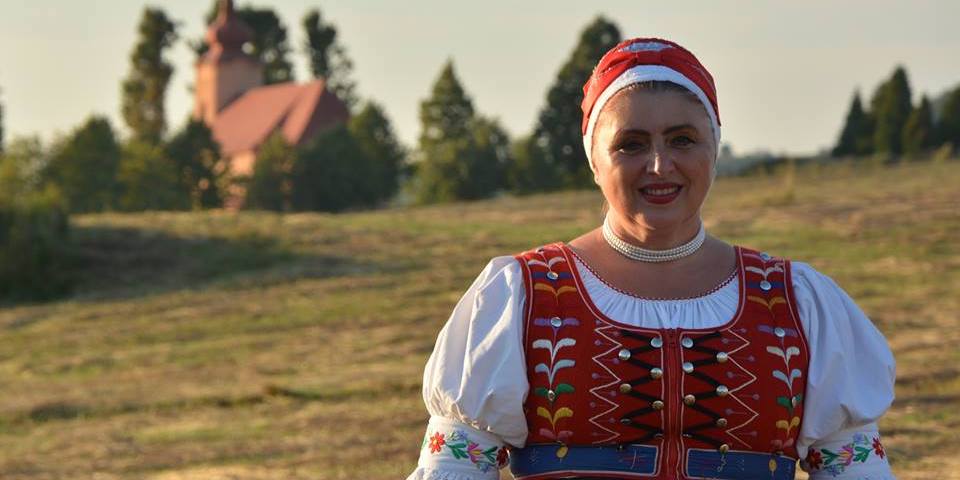 Yesterday the Rusyn soloist Anna Poracova informed about release of her new CD. The great news was announced by her fans on her Facebook fanpage.

The brief announcement tells us that the new CD  – The most beautiful songs by Anna Poracova – as stems from the heading itself  – is a collection of, so far the best, the most popular, the most valued cants and songs performed by Poracova among Rusyn, Slovak and other audience. The backup was provided by a vocalist of folk music Stana Balaza, she also cooperated with Poracova’s daughters during recording (Anna and Eva), as well as a grandson Lyubko. The CD contains 15 compositions (Rusyn and Sarisan) that will not be anything new for some people because, as mentioned above, the artist gets back to her roots. Although the lyrics do not change, from the musical perspective there is always something new to be found.

Poracova was born in a Rusyn village of Kyiv, Stara Lubovnia district. The singer performs Rusyn, Sarisan and spiritual songs. She is a laureate of central Czechoslovakian review of Makovicka Struna song. Throughout the years of musical activity, she was involved into ensembles such as: Karpatianin, Sarisan, Torisa, Zemlin or Sabinovchan. The vocalist takes part in many projects, among others with O’LUN (Orchestra of Folk Instruments of Slovak Radio) and recently we could hear her voice in the Kandracovci ensemble. Poracova has already  released 6 soloist CDs.

We can say that from now on, Anna Poracova can be heard together with the Folk music of Stan Balaz – musicians known in Slovakia, performing since 2007. The band is a laureate of many competitions both at home and abroad and when it comes to their CDs released in a similar cooperation as with Poracova, there are several tens of them. Their original instrumental composition is: first and second violin, bass, accordion and, what is basic for the Presovian region, cymbalom.

As for today, on the official site of the soloist there is no information on the new CD, but as we know from Facebook, soon we can go there and purchase it. You can already try to purchase  the CD writing to the address from the website.